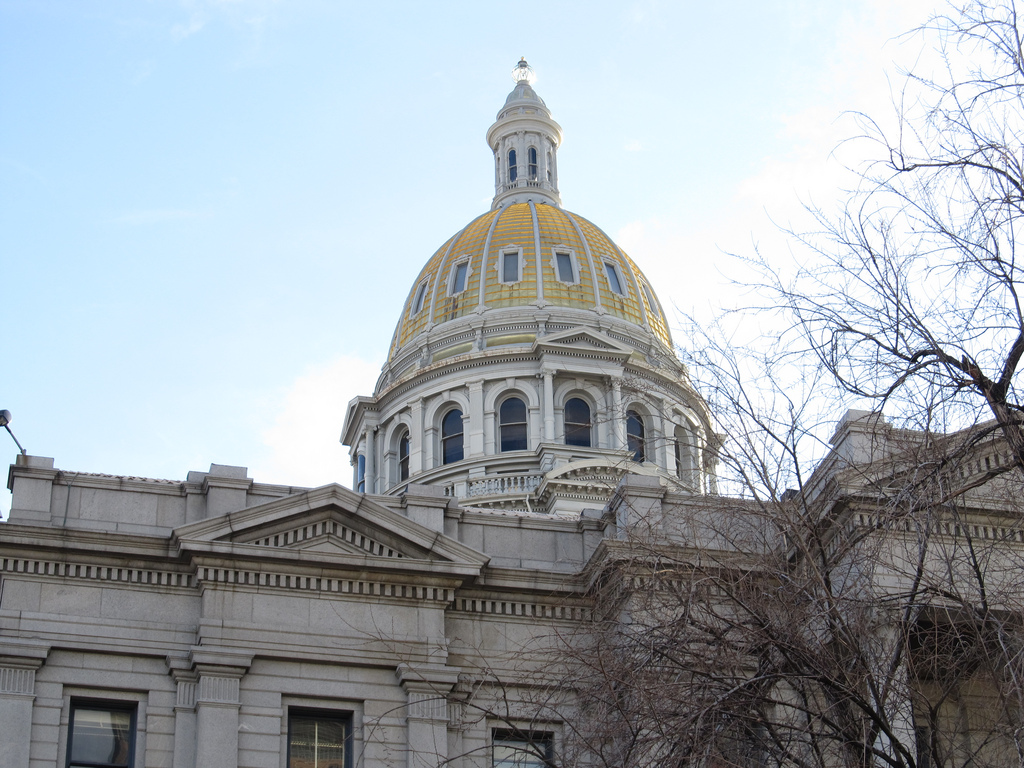 Commissioners in Weld County, Colorado unanimously voted on Monday to make ‘North Colorado’ the 51st US state. The Republican board hopes to secede from the state in protest of laws passed by the Democratically controlled state legislature this year. The initiative will be added to the ballot this November. More than 11,000 people have liked the 51st State Initiative’s Facebook page.

The 51st State initiative has a website and appeals to the Declaration of Independence as justification for its efforts, writing:

The 51st State website claims that their initiative is simple. “We just want to be left alone to live our lives without heavy-handed restrictions from the state capitol,” read a post on the website.

“The concerns of rural Coloradans have been ignored for years,” William Garcia, chairman of the Weld County Commissioners, said in a statement. “The last session was the straw that broke the camel’s back for many people. They want change. They want to be heard.”

Three other rural counties — Cheyenne, Sedgwick and Yuma — also plan to place the 51st state referendum on the fall ballot. “At least three more counties plan to consider the proposal this week at their commission meetings,” said Jeffrey Hare, spokesman for the 51st State Initiative.

Known for its agriculture and oil and gas production, Weld is the largest of the Colorado counties exploring a break with the state after the legislature’s sharp turn to the left with bills restricting access to firearms and doubling the state’s renewable-energy mandate for rural areas.

Forming a state isn’t easy: Even if the ballot measures pass, the Colorado state legislature would be required to amend the constitution to configure the state’s borders and refer a request for a new state to Congress.

Approving a 51st state would require a majority vote of both houses of Congress, although the Constitution doesn’t require the signature of the president, Mr. Hare said.


In responding to the issue of forming a new state, the 51st State website responds, “Will statehood be easy? No. However, pioneers are who have made this state great. Those early miners that came for the gold rush were pioneers. The early settlers that began farming the land and built the infrastructure to enable Colorado to be an agricultural powerhouse – they were also pioneers.”

Those in favor of the break with the State of Colorado see a growing divide between urban and rural interests and have put forth three proposals:

1. The creation of a new state
2. A change to the representation of the State Senate – the Phillips County proposal (details here)
3. Requesting annexation into WY – more on this option will be forthcoming

It seems that what they will be doing is giving the state legislature and the liberals in power in Colorado the dependents they have created in the urban areas. It will be something of a poetic justice.

“I think people, when they feel disenfranchised, when they feel that their voices are not being heard, I think that’s a problem in a representative form of government,” Commissioner Sean Conway said.

Most of those who attended the July 29 meeting opposed many the policies that the state legislature has passed, arguing that the will of rural voters is not being represented. They oppose Colorado’s gun control measures, renewable energy initiatives in rural areas, expanded regulation of oil and gas production, and the reduction of ‘cruel treatment’ of livestock. Rural voters are also angry with Amendment 64, which legalized the recreational use of marijuana.

Despite the meetings and commissioners’ votes, some believe the secession effort is largely symbolic. No state has seceded since West Virginia pulled away from Virginia in 1863, but many have tried –especially after Obama was reelected last November.

In order for ‘North Colorado’ to secede, the plan would need the statewide support of voters, the General Assembly and the US Congress. But that isn’t stopping rural Colorado residents from trying.

“They want change. They want to be heard,” commission chairman William Garcia told the Washington Post. “Policies being passed in Denver are having negative impacts on the lives of rural Coloradans. This isn’t an ‘R’ versus ‘D’ issue; it’s much bigger than that.”

I wish them well. Obviously the people of Colorado are fed up with a tyrannical government and are in this for more than mere “symbolic” reasons. May God bless their efforts and break the chains of their oppressors!