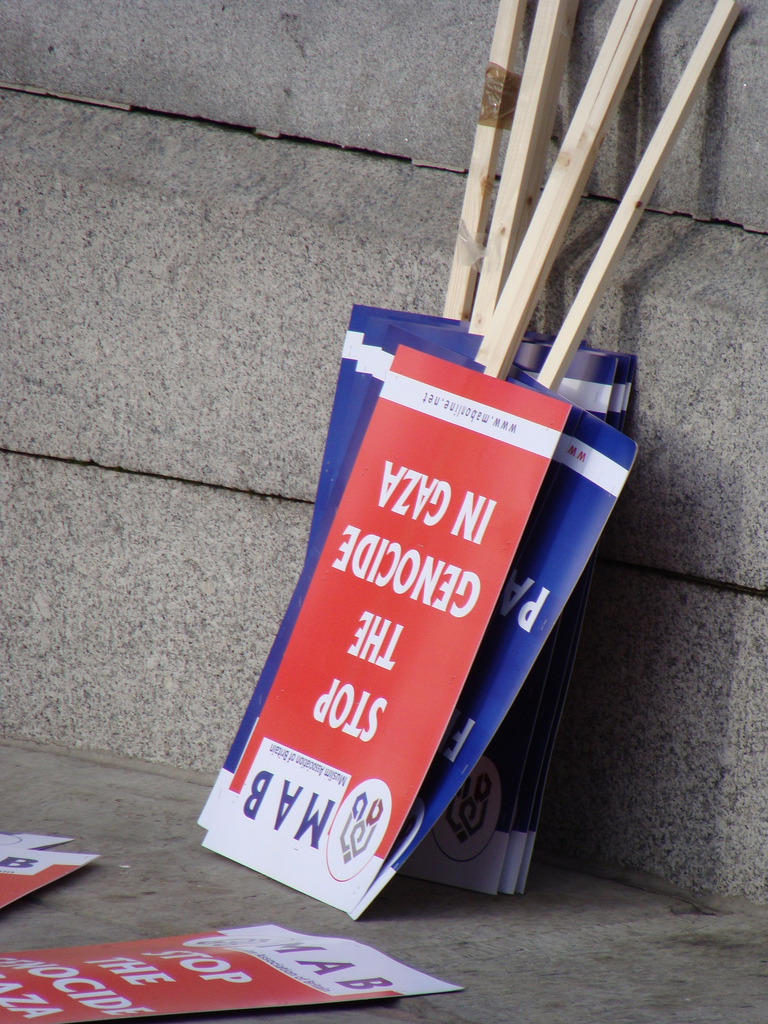 What I have seen happen over the last week has given me a kind reminder that it’s not always the left-of-center media that is the problem in this country.

I first learned of this “Million Muslim March” about a week ago. I was angry. How dare they schedule this march for September 11th? Immediately my mind went into overdrive and I envisioned tens of thousands of Muslims in Washington D.C. bringing nothing but dishonor to a day that will always remain sacred to me. I was fuming. I put up one or two posts on my Facebook page and stirred some other people up. Misery loves company.

But I was wrong.

At this point only one or two publications had latched onto the story and upon doing some research I figured out that they had literally made a story from nothing.

The March was originally announced by AMPAC (The Amercian Muslim Political Action Committee). Sounds huge doesn’t it? Well let me give you a tour of their website. It’s OK to click here because the page is set up to open in a new tab/window. For those on smart phones or who just don’t want to navigate away, I will give you a run down. It’s a nice enough site but the web address is www.ampacus.webs.com

As a self-proclaimed and practicing cheap skate this is one of the first things I noticed. This is a totally FREE website. I have had many of them in my lifetime. They don’t pay a dime for it and it could be shut down for any reason, at any time. This organization would not seem to have much money behind it.

We all have to start somewhere and I understand that. But do you really believe that an obscure organization with little to no money was going to draw 1 million Muslims to Washington D.C.??? No way. No how.

This is where I have the problem. I took this website and posted it on my Facebook page while explaining to our readers that I had overreacted. I told them that I would not be writing about this subject unless all of the other publications started to do so. I held to that promise until today.

Why? Because any additional talk of this was certainly free publicity for a cause which I felt was quite offensive.

And guess what happened? Pretty much all of the right wing sites piled on. They made a story out of something that should have been buried in obscurity. Now we have some organization of 2 Million Bikers riding into D.C. to battle 1 Million Muslims.

In the minds of some, who believe the hype, this is the Battle of Armageddon.

It remains to be seen what the real numbers will be with either of the marches but I would imagine that a lot of bikers will be riding into D.C. and wondering where in the hell the Muslims are.

To their credit, or discredit, the 1 Million Muslim March is now the 1 Million March Against Fear. Those sneaky little Muslims have now found that by letting non-Muslims become involved that they can grow their numbers. These 2 million bikers may be in trouble!

That was sarcasm in case you could not tell.

When you get to D.C. you are going to have a hard time finding any Muslims or any March. If you don’t believe me, just check their Facebook Page. As of 1 PM on August 23rd it had 120 likes. Out of those 120 likes some are either haters or people who are following the page so they can write big-time viral blog articles about the developments.

If it weren’t for all of these articles and free publicity they would probably have 20 likes. That’s my opinion.

How many of these 120 people do you think will show up?

I think ten is overly optimistic.

Like I said early in the article, I am guilty of creating stories that should not have seen the light of day before. People called me out on that and I am simply doing the same.

It is not the sign of a dishonest blogger or journalist when this happens. It is very easy to get caught up in the hype. It’s human to do so.

I want you to consider this if you would and correct me if I am wrong… I could write a scathing article about how horrible it is that these Muslims are pissing on the anniversary of the 9/11 Twin Tower/Pentagon attacks and Benghazi. I could call people to action and probably have an article that went viral to a certain extent. Viral for the D.C. Clothesline is 5000-10,000 people sharing it on Facebook. We are not Fox News. 🙂

The truth is that people are hyping up something that is unlikely to happen and by telling the truth I will probably get 50-100 people to share this on Facebook instead of 5,000-10,000.

So why is it that the truth isn’t more popular than fiction?

We are all human but we have to check ourselves regularly and try to remain a part of the solution instead of becoming part of the problem. The left-leaning liberal media is not to blame this time. It’s the rest of us, that are claiming to be fair and balanced.

Personally, all I want is the truth. That’s what I am after. The truth is not always popular and that can be very frustrating. But in the end the truth shall set us free from these chains that bind us.

That is my belief and that is why I continue to beat my head against this wall.

If you ride your bikes to D.C. and find no Muslims, don’t start giving “high fives” because you think you scared them off. The truth is that they were never going to be there, at least not in any significant numbers.