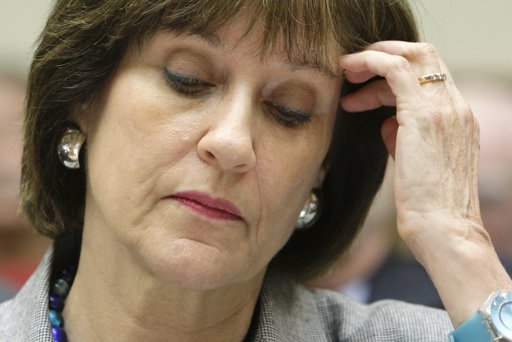 Sen Jerry Moran is concerned that the IRS is targeting veteran groups like the American Legion, with unfair and possibly illegal rules.  The IRS has told the American Legion, they need to submit the years of service of every member and the character of service, also.  If not, they will be fined 1,000 dollars a day.  Moran believes the rules were written during the tenure of Lois Lerner, who is anti-conservative, anti-Israel, anti-Christian, and now we learn, anti-American.

The American Legion, which has been in existence since 1919, is a nonpartisan adv

ocate for veteran causes.  They just learned of these rules, which means those rules were written fairly recently.  American Legion lawyer Philip Onderdonk Jr, as quoted by the Daily Caller, said:

“The American Legion has recently learned of the so-called IRS ‘audit manual’  and is concerned that portions of it attempt to amend statutes passed by  Congress and approved by the president,”

“Resolutions recommending action by the Legion’s legislative division on two of  the most egregious sections of the IRS document are being presented for a vote  by members at The American Legion’s annual national convention in Houston [this]  week. If the resolutions are adopted, the Legion will be empowered as a body to  urge correction of the veterans service organization-related portion(s) of the  IRS manual and suggest congressional review of the entire 38 section IRS  document.”

Sen Moran expressed her fear that the IRS targeted the American Legion, saying:

“I am deeply concerned about this revelation and will insist on answers. This  policy seems to be crafted with the oversight of Lois Lerner and deserves, at a  minimum, a thorough look to make certain the IRS is not overstepping bounds of privacy  and respect  for our nation’s heroes.”

The American Legion will vote in Houston on their decision to fight the order and ask for a congressional review of the IRS statutes.