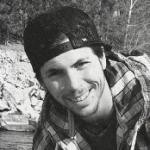 of Lexington and Concord in 1775 and it did not end until the Treaty of Paris was signed by the United States and Great Britain in September 1783.

The first attempt to create a government for the thirteen colonies is often skipped over, probably because it could best be described as an utter failure. The Articles of Confederation were adopted by the Continental Congress on November 15, 1777 and were finally ratified by all thirteen colonies on March 1, 1781.

The Articles created a federal government so weak it was more of a figurehead than an actual functioning entity. This central government was not allowed to print money, make treaties with foreign governments, or interfere with the sovereignty of the individual states in any significant way. It took six long years for the Founding Fathers to realize the Articles of Confederation were a complete disaster.

A Constitutional Convention was called for and convened in Philadelphia on May 25, 1787. George Washington was elected as President of the convention. The long and often contentious debates raged for nearly four months before the Constitution was adopted by the Convention on September 17, 1787. It took nearly three more years for all thirteen states to ratify the document with Rhode Island finally voting to accept the Constitution on May 29, 1790.

It is difficult to find anyone outside of a highly-dedicated American History teacher who knows the text of the Tenth Amendment, which states: “The powers not delegated to the United States by the Constitution, nor prohibited by it to the States, are reserved to the States respectively, or to the people.”

Even though Thomas Jefferson was not present at the Constitutional Convention, as the third President of the United States, he left a legacy of anti-federalism which remains unequaled, although Andrew Jackson and Ronald Reagan came close. What is highly ironic is the President (prior to Obama) who did the most abuse to Jefferson’s cherished principles as embodied in the Tenth Amendment, Franklin Roosevelt, commissioned the Jefferson Memorial.

Just over two centuries later our government is saddled with a record federal debt and, with the looming shadow of Obama-care hanging over the heads of businesses and individuals alike, things are on the verge of getting much, much worse.

I wonder what the Founding Fathers would say about the current state of affairs. Would they be happy with a federal government forcing a healthcare plan on the citizenry, a plan they are hastily working to exempt themselves and their families from? Would they regret the inclusion of the interstate commerce clause which has historically been the vehicle used by both parties to expand the reach of the federal government?

It is clear the federal government has become a behemoth, bloated and consumed with trying to satisfy the financial needs it has created. What is sadder still is the current situation is not an accident, but rather the result of a deliberate plan to create an electorate dependent on the government so those in power can stay there indefinitely.

Given the current state of affairs, I think it is time to resurrect the Tenth Amendment. Otherwise we may soon be forced to choose between maintaining the standard of living we all take for granted or face draconian measures in order to starve the bureaucratic beast which will, if left unchecked, soon consume all that we hold most dear.

Do we possess the courage of our forefathers? Do we have what it takes to throw off the chains of tyranny before we become so entangled in them we do not even see them anymore? Can the Tenth Amendment be saved or will “government of the people, by the people, and for the people” disappear under an insurmountable pile of bureaucratically-enforced debt?

These are tough questions and, despite the sound bites presented by all sides, there are no easy answers. As a parent I wonder what the future holds for my country and this wondering brings to mind the words of one of the foremost writers of the independence movement, Thomas Paine, who wrote the following words in 1776: “If there be trouble, let it be in my day, that my child may have peace.”