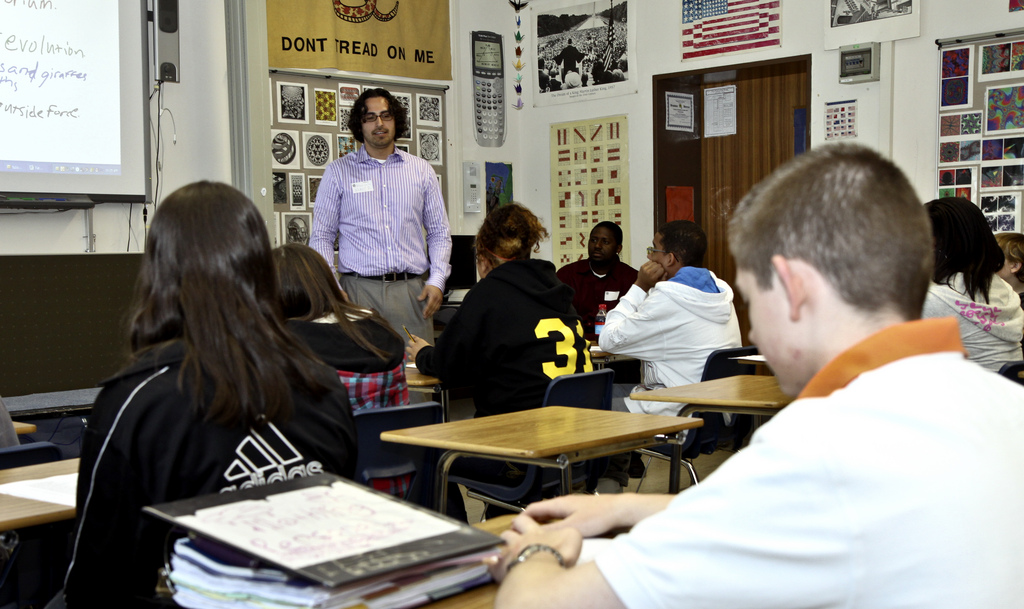 I am a high school English teacher. I became a teacher because I believe that literacy, which goes beyond just reading the words on the page, is an absolute necessity for maintaining our Republic. Proof of that is found in the many laws against reading certain texts, or against reading altogether, that have been passed down by every tyrant since literacy became available to the general population. A few examples of such tyrannical laws are the Taliban banning reading for any female or laws against teaching slaves to read or the Soviet Union’s banning of such books as A Wrinkle in Time, Where’s Waldo, and To Kill a Mockingbird. The communist Khmer Rogue in Cambodia so hated literacy that just wearing glasses was cause for execution. Literacy leads to freedom and tyrants know it.

I have been teaching for over twenty years. Generally, I have been given either no curriculum or curriculum that was focused on skills, not specific texts. I would have to get those skills taught in whatever way I wanted to get there. Sometimes I was given more direction and that direction was generally pretty good including texts, key terms, supplemental stories, and suggested writing assignments. These directions were created at a school level by the teachers in the school. I helped write some myself. Mostly, I have had a lot of freedom in how I could achieve the learning goals.

Today I was in a professional development session for my school district. Our school system has swallowed the Common Core curriculum whole. Why wouldn’t they? The federal system has said that it is “voluntary”, but “voluntary” means that the district gets cut off from major federal funding if it does not adopt the standards, so “voluntary” is subjective. Here is what the Washington Post reported Sen. Charles Grassley has to say about Common Core:

Current federal law makes clear that the U.S. Department of Education may not be involved in setting specific content standards or determining the content of state assessments. Nevertheless, the selection criteria designed by the U.S. Department of Education for the Race to the Top Program provided that for a state to have any chance to compete for funding, it must commit to adopting a “common set of K-12 standards” matching the description of the Common Core.

The Washington Post also reported, “The Republican National Committee recognizes the CCSS for what it is — an inappropriate overreach to standardize and control the education of our children…”

For those of you who may be unfamiliar with Common Core, it is a curriculum created in the private sector but pushed onto states by the federal government and endorsed by Bill Gates. The cost of implementing the program runs from millions to billions depending on the state. It is untested and unresearched. It has been criticized for being not as rigorous as proponents claim, clearly biased to a liberal perspective, so much so that many see it as indoctrination, and it is being forced on the states in spite of the fact that a federal curriculum is unconstitutional violating the 10th Amendment of the U.S. Constitution which established the principle that“…the “power” to oversee education belongs to the states. This longstanding principle of local control of education is reiterated throughout our laws and government codes.”

All of that sounds like something that makes NO connection whatsoever to most parents or teachers or American citizens as to why they should fight this curriculum. Here, I am going to provide you with a concrete example that shows the ugly heart of the Common Core. There is something deeply dark and offensive in this lesson created to support Common Core. It is a lesson designed to corrupt essential human decency.

The unit – sorry “module” – that I am using as an example is centered around To Kill a Mockingbird with the theme of “How individuals demonstrate individuality in the face of outside pressures.” At the beginning of all of this, it looks good. I love the book; it is a great American classic and I have taught it many times. The module includes 30 days of lessons associated with the novel and multiple additional short reading assignments. However, as I looked this module over, I became more and more concerned. For me to break down the many problems with this module in detail would take quite a while, so I am going to show you an example of one lesson on one short reading assignment that left me speechless with horror.

This assignment in the module includes a short story by Guy de Maupassant, 19th century writer famous forThe Necklace. Again, this seems rather innocent; this story is often included in high school texts, but not thisparticular story and, more importantly, not with this particular writing assignment.

The short story is The Mother of Monsters (link below). A quick summary of the story is that a gentleman on vacation is introduced to the Mother of Monsters, a local oddity described as a “peasant” and the “Devil”. Her story is that she finds herself pregnant while she is working as a simple serving girl. She binds her body with boards and cords to hide her growing belly. Her child is born horribly deformed. She takes care of the child, but resents it, until a sideshow man comes along and offers to buy the “thing” and to pay a yearly stipend for its use. Once she realizes how much money she can make, she repeats her pregnancy pattern by birthingmonster after monster after monster of intentionally deformed children to sell to showmen. She lives a “bourgeois” life as a result (note the stab at the bourgeois here).

The narrator is reminded of this “Devil” when he later sees a popular “Parissiane” strolling on a beach followed by admirers. Her three children are also all deformed because she wants to maintain her trim figure throughout her pregnancies, so she keeps her corset tightly cinched. Peasant and lady; different, yet the same. Both the Mother of Monsters. Both display a level of selfish evil that most humans would revile.

Now as a high school story, this story may have a lot of meat to chew on for discussion…for maybe 11th or 12thgraders, but this is a story assigned to incoming 9th graders, students who are 13 or 14 years old. Students this age are not ready to handle the truly disturbing elements of a story which reveals some of the most perverse sides of human nature. That is bad enough; however, it gets worse. You may wonder what this story has to do with To Kill a Mockingbird and the theme of individuality. Here is the writing assignment associated with this story:

Write an essay that compares the cultural experience reflected in To Kill a Mockingbird and The Mother of Monsters and explain how this experience helped a character demonstrate individuality in the face of outside pressure.

Individuality! Outside Pressure!!!! These women chose to deform their children for their own selfish gains or selfish vanity! The first pregnancy of the peasant woman we might forgive out of mercy, but the purposeful birthing of the rest of the 11 children that she intentionally deformed is unconscionable and unforgivable. The same holds with the Parisienne.

To judge these women as demonstrating their INDIVIDUALITY in the face of outside pressure is absurd and defies human decency. It is like insisting Jeffery Dahmer was expressing his individuality through cannibalistic murder. Additionally, it is not a major leap to conclude that if deforming your children in order to express your own individuality is acceptable, then killing your children to protect your individuality (or selfish inhumanity) is perfectly fine too. This is obviously a pro-abortion message. This story paired with this assignment is a repulsive perversion of the concept of “lesson”; it is a corruption of anything descent and good.

There is something deeply repulsive in this lesson, especially as it is aimed at students as young as 13. I have been told that I must teach this module. I can make some adjustments, but not too many. I am struggling to find a way to NOT perpetuate the ugliness found here. I am certainly NOT going to teach this story, though I may find myself in trouble with the system as a result. Some things are worth refusing to do even if there is a cost.

This is what is going on in our schools. This is what you need to see with open eyes. They are doing more than trying to increase rigor; they are indoctrinating our children into one way of thinking—their way! Schools should teach how to think, but never what to think. This is why we must fight what some are trying to sell us as “hope and change” to America.

Link to the story “The Mother of Monsters”: http://www.classicreader.com/book/1238/1/

What Took Place At This Vaxx Site Should Shock You – With Kate Shemirani
June 22nd, 2021 Sons of Liberty Media

Republicans Do Better on Citizenship Test than Democrats, But Most Voters Fail
June 22nd, 2021 Flag And Cross