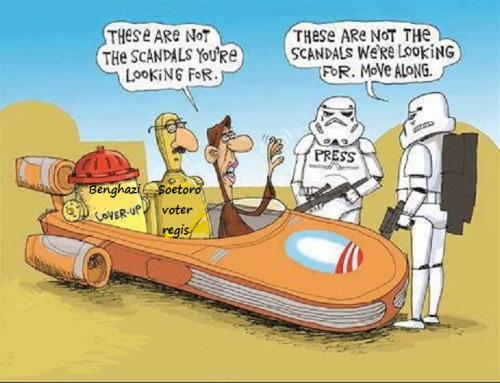 A month ago, I did a post on the fascinating fact that, although Barack Obama is registered to vote in Chicago (and indeed, he did early vote at a Chicago precinct last November), a Barry Soetoro, with the same birthdate as Obama (August 4, 1961) and with the White House’s zip code (20500) had registered to vote as a Democrat in Washington, D.C. on October 15, 2012, 22 days before the pivotal November 6 elections. (See my post,here.)

That is most curious because, according to a media release from the District of Columbia Board of Elections and Ethics, the independent agency of the District government responsible for the administration of elections, ballot access and voter registration:

“District residents are encouraged to register to vote or update their registration using the Board’s online tool at http://www.dcboee.org and to submit their completed voter registration application by mail by August 16, 2010. Between August 17 and August 30, residents can only register in person at the Board’s office. Once early voting begins on August 30 and at the polls on Election Day, residents can only register and cast a ballot if they bring with them a current photo ID, utility bill, bank statement, or government document listing their current address. Those individuals will be required to cast a special ballot, which will only be counted if the Board verifies that the voter meets all qualifications and has provided proper proof of residence.”

Lolo Soetoro and Stanley Ann Dunham were married on March 15, 1965, when little Barry was 4 years old. In 1967, when Barry was 6 years old, he and his mother joined Lolo in Indonesia, where the boy lived from ages 6 to 10. In 1971, Barry’s mom sent her 10-year-old boy back to Honolulu to live with her parents while she remained in Indonesia. The marriage between Dunham and Soetoro ended in 1980. (Source)

There is no record anywhere of Obama having changed his name from “Barry Soetoro” back to Barack Hussein Obama Jr.

That is again most curious because according to the D.C. Board:

“the Board does not entirely delete any record from its voter registration database. While records of individuals removed from the list of registered voters are marked as ‘deleted’ and do not appear in the poll book at precincts on Election Day, the record itself remains on file permanently and can be reinstated.”

You can read the D.C. Board’s media release here, or if it’s removed, here in FOTM’s archives.

So Arizona’s conservative paper Sonoran News filed a Freedom of Information Act (FOIA) request, asking the D.C. Board for information on Soetoro’s voter registration. The request is denied. The reason given is that the matter is “the focus of an investigation into a specific alleged illegal act which could, if proved, result in civil or criminal sanctions.”

A few weeks ago, we published an article: “Voter fraud at 1600 Pennsylvania Avenue?” exposing a voter registration under the name Barry Soetoro, the name President Barack Obama used while attending elementary school as a citizen of Indonesia, using the White House’s address.

It was also pointed out that both Obama and the First Lady are registered to vote in Chicago.

A Freedom of Information Act (FOIA) request was submitted on July 22 to the District of Columbia Board of Elections and Ethics (DCBEE) director asking for a copy of the voter registration, if Soetoro voted in the Nov. 6, 2012 election, and what the process is for verifying voter registrations submitted by mail and online.

Senior Staff Attorney Terri Stroud responded almost immediately to acknowledge the request and state she would respond to the request on before Aug. 12 by making the documents requested, or a legally segregable portion thereof, available or notify me of her determination not to make the requested document available.

Stroud responded on Aug. 12, as promised, denying my request.

She wrote, “I am writing to inform you that your request for a copy of a voter registration application submitted under the name “Barry Soetoro” is being denied pursuant to D.C. Official Code § 2-534(a)(3), as it is a record which is the focus of an investigation into a specific alleged illegal act which could, if proved, result in civil or criminal sanctions.

“With respect to the questions posed in your FOIA request concerning voter history and the Board’s process for verifying voter registrations submitted by mail and entered online, under the law, an agency ‘has no duty either to answer questions unrelated to document requests or to create documents.’ Zemansky v. United States Environmental Protection Agency, 767 F.2d 569, 574 (9th Cir. 1985). The law only requires the disclosure of nonexempt documents, not answers to interrogatories. See Di Viaio v. Kelley, 571 F.2d 538, 542-543 (10th Cir. 1978).

“Please be advised that if you deem this response to be a denial of your request, you have the right to appeal to the Mayor, or you may seek judicial review in the Superior Court, pursuant to D.C. Official Code § 2-537 and 3 D.C.M.R. § 2012.1. If you elect to appeal to the Mayor, your appeal should: 1) be in writing; 2) include a statement of the arguments, circumstances, or reasons in support of the information sought by your request, and; 3) include a copy of our written letter issued to you.”

[…] According to Stroud, the DCBEE will not explain its registration process because it is not a specific document even though the questions asked were indeed related to the document request.

It appears FOIA is being redefined by Stroud to pertain only to documents, not information.

If the DCBEE refuses to inform citizens about the voter registration process and whether or not fraudulently registered people have voted, it seems our electoral process can be easily hijacked without explanation or accountability.

Only time will tell if this investigation will be swept under the rug along with all the other “phony scandals” plaguing the Obama administration.

Please let Linda Bentley know you appreciate the work she’s doing. She can be reached at this email address: [email protected]

This is the email I sent her. Feel free to copy and paste as yours!

The media are so maligned these days, albeit justifiably in the case of Big Media, which is why I’m writing you to convey my appreciation and gratitude for the work you’re doing on the curious case of Barry Soetoro’s voter registration (and subsequent deletion) in the District of Columbia.

To my knowledge, you are the only member of the press actually looking into this.

I hope you will not be thwarted by the Board’s attorney Terri Stroud’s denial of Sonoran News’ FOIA request, and continue to pursue this matter.