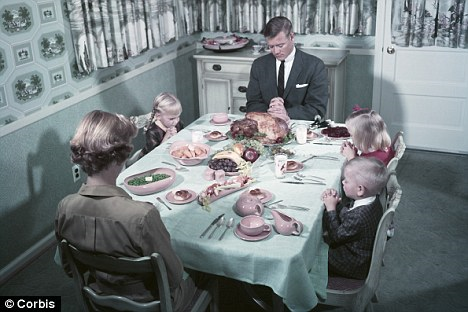 Recently, Judicial Watch received documents  through the FOIA, which are, to say the least, frightening.  The documents are from the Department of Defense and detail what should be considered when looking for terroristic threats.  They include, but are not limited to people who speak of “individual liberties, states’ rights, and how to make the world a better place.”

The document describes extremists as, “a person who advocates the use of force or violence; advocates supremacist causes based on race, ethnicity, religion, gender, or national origin; or otherwise engages to illegally deprive individuals or groups of their civil rights.”

The documents also refer to “Extremist Ideologies”.  What do they consider “Extremist Ideologies”?  Well, for one, the colonists who fought against King George.  Yes, the patriots of the Revolutionary War were extremists.  The Confederates were also extremists.  Confederate soldiers did not enter the war to defend slavery.  Neither did the North.  Most slaves in the South were owned by wealthy plantation owners and the common foot soldier could have cared less about them.

Slavery did not affect the majority of people in the South, but overbearing tariffs on trade did.  The Southern states did a brisk trade with the British, but the Northern textile mills wanted the cotton and wanted to protect the higher prices they charged for their goods.  To the vast majority, this was an abridgement of their freedoms.

So the American Revolution was an example of extremism and the start of the Civil War was extremism.  But guess what is not extremism.  9/11.  The documents refer to 9/11 as “an historical event.”  Not surprising, since the source quoted by the DOD documents is the Southern Poverty Law Center. (SPLC)  They put out an interesting list of hate groups.  The list will startle you, unless, of course, you are familiar with the SPLC.  This training material used for reservists at a Pennsylvania base was put together from information of the SPLC.

So Christians are extremists?  Remember the time Billy Graham hid a bomb in his shoe while flying to Reno?  They do make a slight mention of Islamists, but by and large, they focus on Christians.  This is not an accident.  Homeland security has done the same thing.  They provide money to the states for training in several areas, including the sovereign citizen movement, or at least, what they consider the movement to be.  I exposed this in an article that I published in April of this year.   This is a letter I received from Ron Trowbridge, Undersheriff of Prowers County, Colorado.

On April 1, 2013 I attended training in La Junta, Colorado hosted by the Colorado State Patrol (CSP).  The training was from 12:00 pm to 4:00 pm and covered two topics, Sovereign Citizens, and Outlaw Motorcycle Gangs.  I was pretty familiar with motorcycle gangs but since we often deal with the so-called sovereign citizen groups I was interested to see what they had to say.  The group consisted of police officers, deputies, and CSP troopers.  There were about 20 people in attendance.

While Kluczynski emphasized that sovereign citizens have a right to their beliefs, he was clearly teaching that the groups he had listed should be watched by law enforcement and should be treated with caution because of their potential to assault law enforcement.  Kluczynski explained why he believed these groups were dangerous saying they were angry over the election of a black president.  When someone in the group suggested the failing economy was probably much more to blame, Kluczynski intimated that those who are not going along with the changes in America will need to be controlled by law enforcement.  Kluczynski even later questioned some of the troopers present if they were willing and prepared to confiscate “illegal” weapons if ordered to.

The Department of Homeland Security was asked about the article and this is their statement:

“The training referenced in the Undersheriff’s letter was not done in coordination with DHS and no DHS training materials were part of the prepared presentation,” the Homeland Security release read. “DHS provides law enforcement around the country with access to training that focuses on the behaviors and indicators of violent behavior, regardless of the ideology that may motivate it.”

Oh, really?  You see, in 2009, the Department of Homeland Security issued instructions to local law enforcement officers on identifying sovereign citizens.  You will notice that everything Undersheriff Trowbridge told of in his training class is in that previously classified document.

At a time when our first, second, fourth, and tenth amendment rights are under assault by an extreme and overreaching administration, we now find that we are the targets of a search for terrorists is not only unfathomable, but unimaginable.  Somehow, I have a hard time getting a visual of Thomas Jefferson as a suicide bomber.

John Adams, Jefferson, Patrick Henry, James Madison and a host of other founding fathers would not recognize their “great experiment” today, but as in all dictatorships, control is the key to success.  You cannot exert full control until you eliminate religion and guns.  And the real enemy of freedom?  It’s complacency.

We spent so many years as a country, patting ourselves on the back and chasing what we thought was the American Dream: money, cars, houses, and exotic vacations, that we lost sight of the real American Dream, the one the Founding Fathers gave us, which is freedom.  Freedom and responsibility.  And while we were distracted, chasing our rainbows, an insidious force wove it’s way into the fabric of our society, making the perverted the norm.

Abortions, gay marriage, terrorism became accepted and even admired traits.  We lost the moral superiority that brought the downtrodden and the persecuted to our shores, wanting to live like us, think like us, love like us. We have lost something, we don’t even recognize anymore, nor do we even know where to look for it.  In 2012, Barack Obama said that Mitt Romney wanted to return us to the 1950s.

Dear, sweet God, we should have been so lucky.