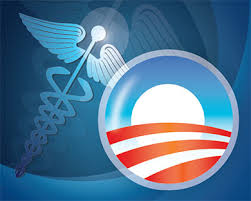 Last year, the United States Supreme Court ruled that the Patient Protection and Affordable Care Act, commonly referred to as Obamacare, was upheld to be constitutional as a tax. Though it’s been three years since Obamacare has been the law of the land, problems have arisen (we all knew they would), and costs have skyrocketed from their projections (we knew that too). As a result, some parts of Obamacare will be delayed by one year. However, it looks as if the Supreme Court may just get a second hearing on the unpopular, and in many of our opinions unconstitutional law.

How’s that? Well, when constructing the sweeping legislation, apparently lawmakers, specifically Democrats, made an error by allowing states to decide whether or not they would set up their own insurance exchange, which they would control. If a state chose not to set up an exchange, then the federal government would establish one. States establishing an insurance exchange under Obamacare would tax employers who did not provide insurance under the employer mandate. The money would be returned to employees to purchase insurance through the state’s insurance exchange.

The problem comes because more than two dozen states have chosen not to establish state insurance exchanges.

Barack Obama and the Democrats didn’t place a tax in the bill for states that opted out of the state insurance exchanges. Therefore, they cannot be taxed. So much for setting up federal exchanges in the states.

So what about all of that? How does it make the issue unconstitutional? In order to correct the glaring problem, Barack Obama bypassed Congress and had the Internal Revenue Service re-write the law. I know, you are shocked, right? Obama and the IRS, once again involved in criminal activity against the people of America. This is not a scandal, it’s criminal.

All legislative Powers herein granted shall be vested in a Congress of the United States, which shall consist of a Senate and House of Representatives.

This means that what Obama and the IRS did was illegal.

Now a new lawsuit has been filed by the state of Oklahoma challenging the illegal power grab by the IRS and the Obama administration.

Scott Pruitt, Oklahoma Attorney General, just took a major step forward in having his case heard by the Supreme Court. A federal judge in Oklahoma ruled last Monday that Oklahoma has the legal standing to sue the federal government over the subsidies in the federally run exchanges (see video above). This is the first time a federal judge has ruled against the Obama administration with regards to the Patient Care Act in quite some time. Opponents of the Patient Care Act will certainly keep a watchful eye as this story continues to develop.

Lotfi also said that in an interview with Communications director for US Congressman Scott Desjarlais (R-TN), Robert Jameson, he was told:

“They made a huge mistake here. Congressman Desjarlais will be taking action on the issue and watching it closely in the Supreme Court. If we are successful in upholding this as unconstitutional it will make the states who have opted out of the state run exchange very attractive to businesses who bring jobs and prosperity. It will also make Obamacare even more unsustainable than it already is, which will leave the door open to defunding it.”

Well, this should not be that hard to rule on. The IRS and the President do not have the authority to make or change the law. That power is granted to Congress. In fact, the state of Oklahoma should not even have to bring a lawsuit and cost taxpayers money to fight this. This should be handled by the Congress. They should be the ones pointing this out and challenging it. I’m glad though that AG Pruitt is doing his constitutional duty to protect his people from the illegal activity of the man in the Oval Office and a tyrannical Internal Revenue Service.