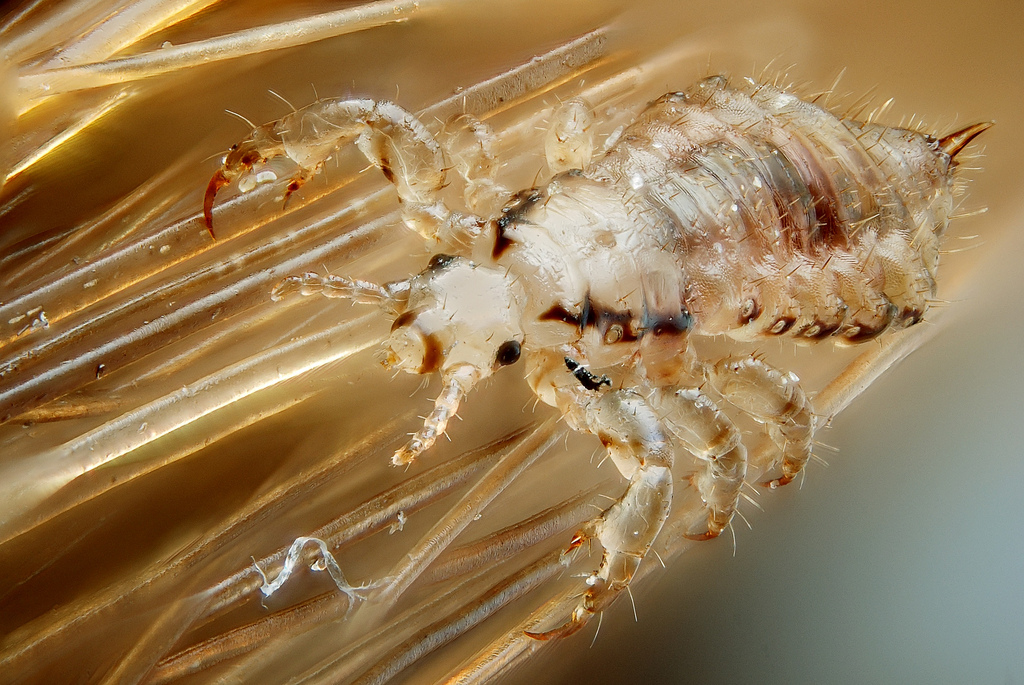 Sometimes I stumble upon a story that I can’t pass up. This is one of those times. It would be morally wrong to have a couple of slices of bacon with your eggs but by all means you can not disturb or try to eradicate the blessed lice living in Muslim beards, for they are special lice that were sent forth by Allah. I am not making this up.

Last week a new fatwa, or religious advisory opinion, appeared in Aleppo prohibiting shaving lice infested beards or attempting to kill the ‘believer lice growing in blessed beards’ under a medieval sort of punishment. The following is the closest to literal translation to our best, and we do welcome better suggestions for the translation.

By the name of God most merciful most gracious

Thanks to God and prayers and greetings to our master Muhammad and his family and companions, then..

The Sharia Authority in Aleppo has prohibited the killing of lice that appears in the Muslim beard, as some of the Muslim brothers who have released [grown] their beards in accordance with prophet Muhammad PBuH Sunnah [prophet’s doctrine], blessed lice has appeared in their beards, and that’s because of their lack of bathing due to the water non-availability all the time on the Jihad [holy war] fronts, and they have limited to ablution before their prayers (may God accept it), thus their beards became moist and thick, which made of it (in God’s will) a natural place for lice to live in.

The Sharia Authority in Aleppo recommends the Mujahideen [holy fighters] brothers to dye their beards with Henna, like our prophet Muhammad PBuH, the thing that would reduce the itching caused by the lice, and to maintain this lice that would have not appeared in those blessed beards, if it was not from God’s Muslim believing creatures.

Who disobeys this Sharia fatwa [advisory opinion] which has been confirmed right by a number of the senior scholars in Aleppo, will be punished with 50 lashes by Sharia, and other measures will be taken against him in the Shaira Court in Aleppo.

And God was behind our intent.

I wonder what Allah says about crabs? Would they be blessed crabs? If your woman dares question your blessed crabs are you required to discipline her?

This is Islam. Of course you would be required to discipline her. You might even chop her into many pieces for questioning your blessed crabs that were sent by Allah.

This is just stupid.

If I ever found myself in a situation where I had lice in my beard, you had better believe I’d be shaving it or doing whatever I had to do to get rid of them.

These idiots will bite into the heart of a dead enemy and seek to decapitate anyone who would oppose them, but they won’t dare mess with the lice that were sent as a blessing from Allah.

What if Christian lice infiltrate the beard and try to forcibly convert the believer lice?

If a Muslim man is found with Christian lice living in his beard then I say… off with his head. Or, at the very least cleanse him by throwing acid in his face.

I’m getting a little itchy just thinking about this. I’m done. There is no story here. I just thought that if it entertained me it might entertain someone else.

Leave it to Obama to support a group of ragheads who believe that head lice are pets.