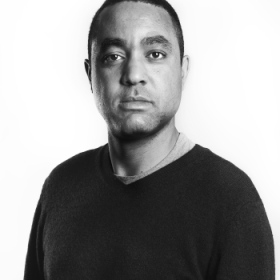 This week’s Time magazine has an extraordinary op-ed – extraordinary for the Main Stream Media — which actually admits that race is a factor in the recent murder of white Australian baseball player Christopher Lane by two black teens in Duncan, Oklahoma.

Even more extraordinary is the fact that the author of the op-ed is black — John McWhorter, an associate professor of English and comparative literature at Columbia University.

Of course, we conservative bloggers have been sounding the alarm on black-on-white and black-on-black homicides and other crimes, while the media labor to omit the racial identity of the perpetrators.

We can only hope that the fact that Time saw fit to publish McWhorter’s op-ed may be a harbinger that Americans will no longer be intimidated by the Left’s perennial accusations of “RACISM!” and give hypocritical U.S. Attorney General Eric Holder the “honest national conversation on race” which he, in February 2009, scolded our “nation of cowards” of avoiding.

Below is Professor McWhorter’s op-ed in its entirety.

l to r: victim Christopher Lane; murder suspects James Edwards & Chancey Luna. A third suspect, Michael Jones (who is white), is charged with being an accessory to the killing.

Australian Christopher Lane was killed on Monday in Oklahoma by three teens, one of whom has said they were just “bored.” The right is complaining that the media is making nothing of the fact that two of the teens were black whereas Lane was white, as opposed to the massive alarm sounded in cases such as white (or white-ish) George Zimmerman killing black Trayvon Martin. And again the cry was heard that there is more “black-on-black” or “black-on-white” crime than “white-on-black,” and that young black men are in fact more of a problem than people like Zimmerman.

The numbers don’t lie: young black men do commit about 50% of the murders in the U.S. We don’t yet know whether the attack on Lane was racially motivated, nor can we know whether the three black boys who attacked a white boy on a Florida school bus recently would not have done the same to a black kid. (Critics took Al Sharpton and Jesse Jackson to task for not condemning the violence.) But hardly uncommon are cases such as the two black guys who doused a white 13-year-old with gasoline and lit him on fire, saying “You get what you deserve, white boy” (Kansas City, Mo.) or 20 black kids whobeat up white Matthew Owens on his porch “for Trayvon” (Mobile, Ala.).

So, it’s just fake to pretend that the association of young black men with violence comes out of thin air. Young black men murder 14 times more than young white men. If the kinds of things I just mentioned were regularly done by whites, it’d be trumpeted as justification for being scared to death of them.

It’s not that black communities are in complete denial about these statistics — Stop the Violence events are a staple of high-crime areas. But let’s face it: black America isn’t nearly as indignant about black boys killing one another or whites as about the occasional white cop killing one black boy, even though the former wreaks much more havoc in black communities. There is no coordinated nationwide movement equivalent to the one Martin galvanized. There are no thoughtful films “exploring” black-on-black crime the way Fruitvale Station treats the death of Oscar Grant, a young black man who was killed by transit police in Oakland, Calif.

And recent example illustrates how many blacks feel about who is murdering whom. Two weeks ago, an NYPD cop killed 14-year-old Shaaliver Douse. Douse was in the process of shooting other people, and had been charged with shooting someone else in May — and yet his aunt compared him to Martin. In her mind, the main sin was the white cop’s.

Granted, it seems a lot easier to do something about the Zimmermans than the black thugs. Protest profiling and police departments institute new programs. But black thugs aren’t moved by protests, so it can seem like we’re just stuck with them.

But who’s to say what would happen if black America exerted even half of the emotional fervor and brainpower it does over cases like Martin’s to thinking about how to keep black boys from going wrong? Annette John-Hall had some wise words on this last year. What kind of self-image do we have to assume we can only change others, but not ourselves?

For the time being, though, it’s time for the media to stop proudly emblazoning the race of white cops who kill black boys while cagily describing black teens as, say, “from the grittier part of town,” as has been the case regarding Lane’s killers. The media needs to be as honest with black people as we need to be with ourselves. No group gets ahead by turning away from its real problems.