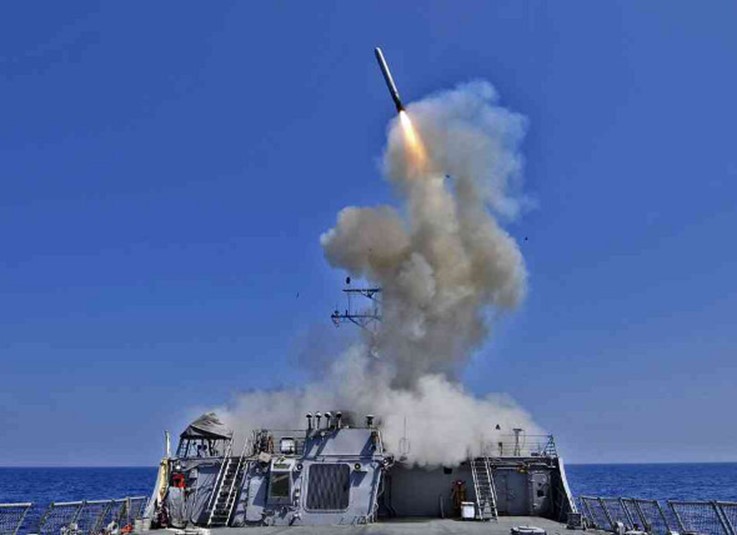 Secretary of Defense Chuck Hagel says that this will give the President the position to move quickly if he decides to use a cruise missile strike against Syrian government forces. Sec. Hagel goes on to say that this is not an attempt to topple the Syrian government but to send a message to President Bashar al Assad that the use of chemical weapons will not be tolerated. Hagel went on to tell reporters that U.S. commanders have prepared a range of “options” for President Obama if he chooses to proceed with military strikes against Damascus.

That statement comes on the heels of the United Nations now investigating claims that chemical weapons were used in several battles between al Assad forces and rebel forces in Syria. Among the chemicals reportedly used, sarin gas. Reuters has reported that the nerve gas attack killed hundreds this week. The Assad regime has placed the blame on al Qaeda fighters who call themselves rebels. At this point, it is unclear who was behind the use of chemical weapons. It is important to note that the “who” and “what” behind these chemical weapons has not been established.

Of course now the big question not being asked by the media, “where is the military authorization for any action against Syria?” Once again we face the serious issue of whether or not the President has the authority to unilaterally declare military action against another nation. The power to declare war does not belong to the President… any President.

At this point, however, it is not even the President who should be called out for attempting to act unilaterally against another nation. It is Congress that is once again standing by and doing nothing more than abdicating its responsibility. The Congress of the United States, and the Congress alone who holds the authority to declare war. Once again Congress will say nothing as this action is taken and merely react later.

The issue we face at this moment is actually bigger than the President himself acting without Constitutional authority. Congress is often called the “do-nothing Congress” and the term here certainly applies. It is the Congress that has not only the responsibility but the duty to act as the commander of U.S. forces in the Mediterranean orders Navy warships to move closer to Syria to be ready for that possible cruise missile strike. Congress has a responsibility and duty to decide if the United States will declare war against Syria. Clearly, the Syrian government has done nothing that requires the U.S. military to act to protect U.S. interests.

As I have told you the problem in Syria is dire. The situation there is much more complicated than the national media is letting on. And so far there is absolutely no indication of who is using chemical weapons the Assad regime or al-Qaeda back fighters affectionately called “rebel forces” by our media.

If you would like to see more about the situation in Syria and its complexity watch this video.