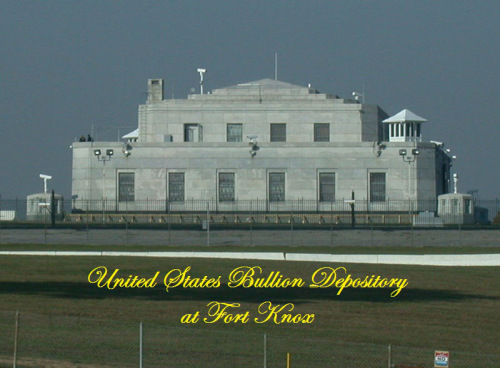 Have you heard or seen the term “fiat money”?

Wikipedia explains that the term “fiat money” derives from the Latin fiat (“let it be done”, “it shall be”), which hints at the arbitrary nature of the money. In contrast to “representative money” that is backed by gold or silver, and which entails the legal requirement that the bank of issue redeem it in fixed weights of gold or silver, fiat money is money without intrinsic value, but is simply money declared by a government to be legal tender, which is neither convertible by law to any other thing, nor fixed in value in terms of any objective standard.

The United States once had representative money. But the Nixon Shock of 1971 ended the direct convertibility of the U. S. dollar to gold. Since then, all reserve currencies have been fiat currencies, including the U.S. dollar and the Euro.

Nadir of Christian Light Ministry puts it even more bluntly: “The truth is that private international banks owned by the same people under different names create what we call ‘money’. This money is something created out of thin air and interest is charged upon having it. […] It is make believe money. In the United States, this private banking cartel is called the Federal Reserve Bank.”

Fort Knox is a United States Army post in Kentucky south of Louisville and north of Elizabethtown.

The Department of the Treasury has maintained the United States Bullion Depository in a fortified vault building at Gold Vault Rd. and Bullion Blvd. on the army post since 1937. Inside the building supposedly is a large portion of United States official gold reserves — 5,046.3 tons of gold bullion (147.2 million oz. troy), roughly 3% of all the gold ever refined throughout human history – and occasionally other precious items belonging or entrusted to the federal government.

Even so, the bullion depository in Fort Knox is second in the United States to the Federal Reserve Bank of New York’s underground vault in Manhattan, which holds 7,716 tons of gold bullion (225.1 million oz. troy), some of it in trust for foreign nations, central banks and official international organizations.

But that’s what we are told.

How do we know there’s actually gold in Fort Knox or in the Manhattan underground vault? Did you know that the last audit of Fort Knox occurred 60 YEARS AGO in 1953?

Below is a fascinating Wall Street Journal online article on just this matter. Tell your Congress critters to audit Fort Knox!

The Biggest Government Lie in History?

Welcome to the world’s most secure vault…

The vault door weighs an astounding 22 tons and is made of a 21-inch-thick material that’s resistant to drills, torches and explosives.

It comes with a bombproof roof, too.

Well, it depends on who you ask.

The government will tell you that almost 5,000 metric tons of gold, or roughly 3% of all the gold ever refined throughout human history, is safely sealed inside the vault.

Others will tell you that the vault (the United States Bullion Depository – known as Fort Knox) is totally empty.

What if the skeptics are right? And all this protection is just an elaborate cover-up?

What if there’s actually no gold at Fort Knox?

Send the Auditors to Fort Knox!

In light of the revelations from NSA whistle-blower, Edward Snowden, it’s even harder now to trust Washington politicians.

The government has been doing a lot of things that it said it wasn’t for years (i.e. – spying on citizens). And that naturally makes me wonder what else it might be up to.

I’m not alone, either.

Three-time presidential candidate, Ron Paul, has long questioned the amount of gold at Fort Knox. He even went as far as introducing legislation in 2011, which proposed an audit.

One thing we can all agree on is this: Lack of transparency always leads to corruption. So Paul’s audit demand seems reasonable. Especially considering that the world’s publicly traded companies must undergo annual audits. Why should the Federal government be immune?

Amazingly, though, the last audit of Fort Knox occurred in 1953, right after President Eisenhower’s inauguration. Except no outside experts were permitted, and only about 5% of the gold was tested. So there’s been no full audit in over 60 years!

Over that time, however, the government has sold its gold – reducing its holdings from about 20,000 metric tons in the 1950s, to the current level of 8,133 metric tons.

So are we just supposed to trust that the government stopped selling? In this day and age, that’s a pretty tall order!

In late 2012, Germany’s federal court ordered its central bank to conduct annual audits and physically inspect gold deposits worldwide – including in the United States. For decades, the Bundesbank had relied on written confirmation.

Why the sudden change of heart? It makes me wonder…

Let’s give the government the benefit of the doubt for a (brief) moment and ask: Why do we even have gold reserves?

The gold bars, packed tightly into a secure vault, were supposed to give us confidence in our country’s currency. But we cast off the gold standard in 1971 and stopped redeeming currency for gold. So nowadays, gold reserves are nothing more than an asset on the Fed’s balance sheet, not an integral part of our monetary system.

So what gives with clinging tightly to it?

Mark Zandi, Chief Economist at Moody’s Analytics says, “It may lend some confidence to investors that we have large gold reserves. But it’s more symbolic than substantive.”

In the end, if there’s no real purpose for the gold reserves, then why worry about an audit at all?

A Crisis of Confidence

One reason the government might not want an audit is because it would lend importance to an asset that it swears is unimportant.

Or as hedge fund manager James Rickards puts it, “An audit would give gold too much credit and start to erode the official propaganda that gold is not a monetary asset. After all, no one audits the number of acorns in the national parks… They are too unimportant.”

Makes sense. Yet, I don’t think that’s substantive enough to justify the refusal.

What’s more likely is that an audit would raise more questions than it answers. Like, if the gold is really there, does it really all belong to the government?

I say that because central banks routinely lease or lend out gold. But current reporting guidelines don’t require them to distinguish between gold owned outright and gold swapped with another party.

Again, such a lack of transparency opens the door to abuse. Not only could all the gold be on loan (perhaps on unfavorable terms), but banks could also be “re-loaning” that very same gold, thereby creating a “paper pyramid of gold.”

The process is known as “rehypothecation,” and it’s exactly what happened during the mortgage crisis with collateralized debt obligations. And we all know how that ended.

An audit might also reveal that the government dumped some gold on the world markets to manipulate prices. (Yes, governments have done that before.) And if the U.S. government even sold a little without telling us, trust would be irreversibly broken.

More spectacularly, an audit might reveal that Fort Knox is littered with gold-painted tungsten. Here, too, a precedent exists, as counterfeit bars turn up from time to time. Although I doubt a government would confess to being so incredibly duped.

It would reportedly take 400 people, working full-time for six months, to test all the gold at Fort Knox for purity. It would cost at least $15 million, too. For me, that’s not a deterrent, though.

Sounds more like an economic “stimulus” project. Lord knows we’ve squandered way more tax dollars on projects with no tangible benefits. Besides, we could use some new jobs.

Bottom line: If you believe the government routinely lies or covers up its actions, we can’t simply laugh off the idea that there’s no gold in Fort Knox. Until an audit is done, the facts provide more questions than answers.

And while I don’t believe Fort Knox is completely devoid of gold, it’s certainly possible that our gold reserves are lower than reported and/or not wholly owned by the U.S. government. 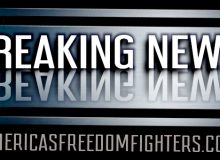