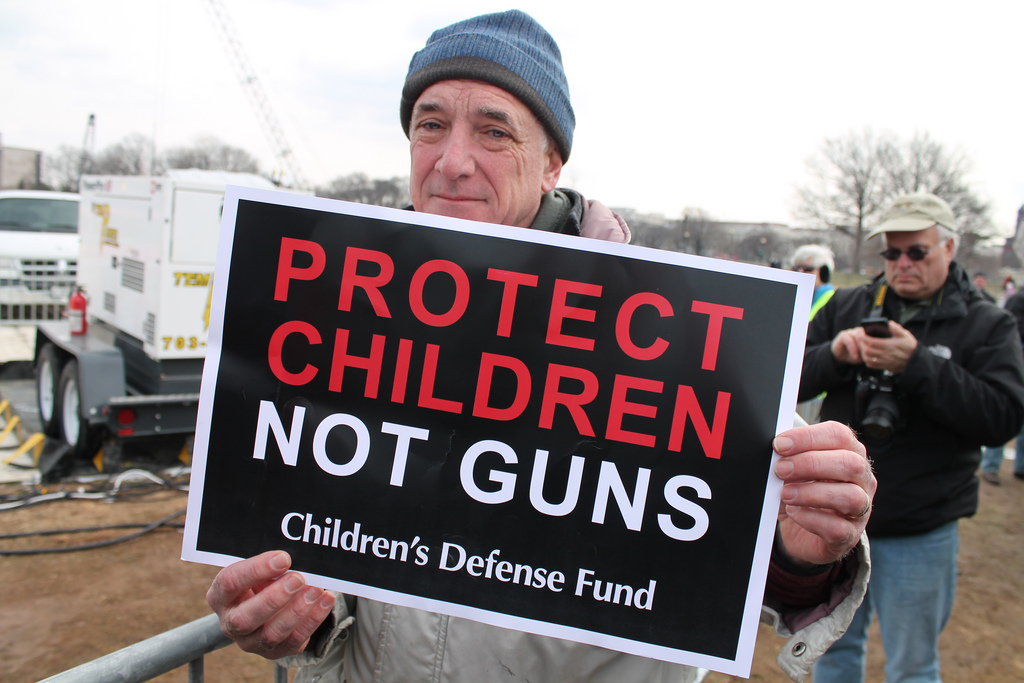 The Second Amendment Foundation secured a leaked copy of the Democrats’ gun control playbook. The title of the 70+ page document is Preventing Gun Violence Through Effective Messaging.

The instructions provide insight into just how politicians and anti-gunners are organizing themselves strategically to be on the same page in order to attack pro-gun supporters, pro-gun organizations such as the National Rifle Association and Gun Owners of America, and even how to politicize national shooting tragedies to push their agenda for more control of the people who own guns.

The 70-plus page guide, produced last year and posted on-line as a pdf by Temple Beth El though a link no longer appears on the TBE website, is titled Preventing Gun Violence through Effective Messaging. It offers tips on everything from using effective rhetoric to dividing National Rifle Association members from NRA leadership. One of the people who prepared the guide was Al Quinlan, a principle of the Washington, D.C.-based firm of Greenberg Quinlan Rosner (GQR), which also has offices in London and Buenos Aires.

A PDC report filed by the Seattle-based Washington Alliance for Gun Responsibility (WAGR) shows a May expense of $43,700 paid to GQR for opinion research.

According to the guide, Quinlan was part of “a team of communicators” with “decades of experience advising organizations on message development and strategic communications.” Other members of this team were Frank O’Brien, creative director and founder of OMP, another Washington, D.C.-based firm, and Jeff Neffinger and Matthew Kohut at KNP Communications, also headquartered in Washington, D.C.

In using national tragedies, such as the Sandy Hook Elementary shooting in December 2012, the document states that “The most powerful time to communicate is when concern and emotions are running at their peak … The debate over gun violence in America is periodically punctuated by high-profile gun violence incidents including Columbine, Virginia Tech, Tucson, the Trayvon Martin killing, Aurora and Oak Creek. When an incident such as these attracts sustained media attention, it creates a unique climate for our communications efforts.”

The gun control playbook also suggests using “emotionally powerful language” to push the gun control agenda. The architects want readers to take on semi-automatic weapons by declaring “These weapons are not your grandfather’s rifle.”

That argument is easily defeated by an even more intense, emotional argument, “They are your son’s rifle.”

The document then deals with the controversial (at least among liberals) Stand Your Ground laws and addresses it in provocative terms on page 45, such as “Shoot First” and “Kill at Will,” claiming that these phrases are “more accurate and persuasive.” Nothing could be further from the truth.

There is also a suggestion not to use certain phrases, such as “duty to retreat.” Why? It’s because the term may have established legal principle, but it conveys weakness to the public and is “hard to defend.” In fact, in Washington State, there are court rulings that date nearly 100 years back that have clearly stated that there is “no duty to retreat” if one is being attacked in a place where they have a right to be.

Oh, and the document knowingly wants to avoid facts, except in the case where such manipulated facts help the case. “Use a few facts—but only in a way that reinforces the personal frame—not as a recitation of a list of facts without the connection to the personal anguish and loss.” They don’t want to look at the real numbers in violent crime, as this would defeat their arguments.

Finally, the document encourages citation of “law enforcement’s support at every opportunity.” Just remember not to mention certain individuals and groups such as the Colorado Sheriff’s Association (including Elbert County Colorado Sheriff Shayne Heap), or Milwaukee Sheriff David Clarke, or maybe some Oregon sheriffs, or some Georgia sheriffs. After all, they are just the guys on the ground without a political agenda.

The side of freedom is often spoken of as being manipulated by the gun lobby. The truth of the matter is that the gun lobby exists because of those who are liberty minded, not the other way around. The Second Amendment was in place long before there was an NRA or a GOA. Perhaps this document could rightly be called “Gun Control Indoctrination: How to Criminalize Gun Ownership through Effective Messaging.”