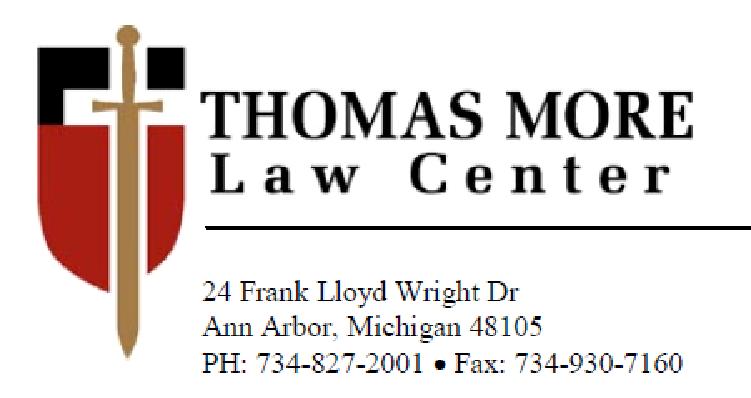 Shaun and Michael Willis, one a Catholic and the other a Protestant, of the family law firm of  Willis Law, located in Kalamazoo, MI, sued the Obama administration over the healthcare mandate that forces companies, regardless of their religious beliefs, to buy policies that cover abortion inducing pharmaceuticals, sterilization, and related counseling and education as part of employer sponsored health care plans .  The Willis brothers  were represented by the Thomas More Law Center (TMLC).

Federal District Court Judge Colleen Kollar-Kotelly of the United States District Court for the District of Columbia, heard the case, then issued an injunction that prevents Obama from forcing them to buy the policies until the case reaches it’s final settlement.  Richard Thomas, who heads the TMLC said,  “This case is about the religious freedom of Christians to peaceably practice their faith free from government coercion.  In direct violation of one of America’s founding principles, the Federal Government knowingly forces those who believe in the sanctity of human life to choose between following the law and following their conscience.”

Had they not been able to get the injunction, they would have had to pay fines of up to half a million a year.  This is the first case where the DOJ did not oppose the injunction, probably because of their dismal record in previous cases.  The Willis brothers are lifelong Christians who object very strongly to ending human life through abortion.

The lawsuit, which was filed in July of this year claimed the mandate was in violation of the Religious Freedom Restoration Act and the Administrative Procedure Act.  They also sued on constitutional grounds.  They claimed that the mandate under their first Amendment rights of  Free Exercise of Religion, Free Speech and the Establishment Clause.