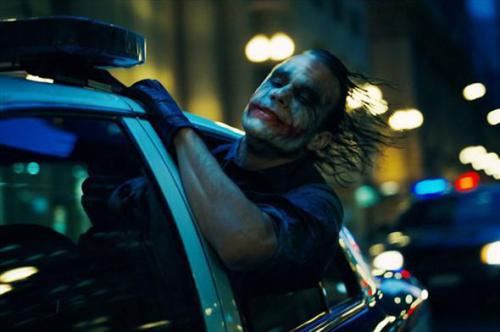 From the beginning with the 2008 presidential campaign, whenever I see the creature who calls himself Barack Hussein Obama, I am reminded of these images from The Dark Knight — of Heath Ledger’s demonic Joker (a role that killed Ledger) reveling in the sheer destruction, mayhem and chaos he’s fomented.

There were others who saw in Obama the same demonic Joker, most famously this poster (below) by an anonymous — and prescient — artist which began appearing in the streets of Los Angeles:

Many Americans today feel a sense of dismay and horror as we see our country in a downward spiral; both economically, morally, and politically. President Obama’s indifferent attitude and the continuous list of scandals and bad policy are leading the country to ruin.

As an artist I am reminded of the old saying “Nero fiddled while Rome burned.” History believes that Nero himself may have set the great fire that burned a part of Rome during his leadership. Afterwards, he blamed it on the Christians who suffered great persecution under his rule. I see great similarities to what we are experiencing today. Obama fiddled, while the people witnessed the demise of America.

“The Demise of America” is available at http://www.jonmcnaughton.com/.