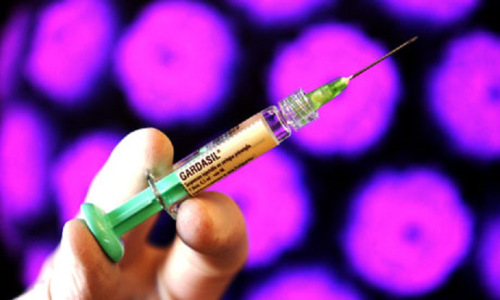 The British Medical Journal (BMJ) recently reported that a healthy 16-year-old Australian girl lost all ovarian function and went into menopause after being injected with the human papilloma virus (HPV) vaccine Gardasil.

Dr. Deirdre Little, the Australian physician who treated the girl, has solid evidence that Gardasil caused the destruction of the girl’s fertility.

Which is precisely why the government of Japan has withdrawn its support for HPV vaccines.

Lance Devon reports for Natural News, July 7, 2013, that the Japanese government’s Ministry of Health, Labor and Welfare is speaking out about the destructive side effects of popular HPV vaccines Gardasil and Cervarix.Gardasil is manufactured by Merck; Cervarix by GlaxoSmithKline.

An estimated 3.28 million Japanese have been inoculated with HPV vaccines. So far, 1,968 adverse cases have been reported to the Japanese government, detailing severe medicalside effects ranging from “long-term pain and numbness to infertility and paralysis.”

In the wake of these complaints, the Japanese government has decided to withdraw its support for these widely-promoted but controversial HPV inoculations. Regardless, the UN World Health Organization continues to insist that HPV vaccinations are useful tools for “preventing” cervical cancer.

But the Japanese government is not banning HPV vaccines. They are still available for free to girls provided through subsidies, mandated by law. But Japanese medical institutions must now inform them the vaccines are no longer recommended by their government.

I am reminded of Microsoft multibillionaire Bill Gates’ fascinating Freudian slip in his speech at the TED (Technology, Entertainment, Design) conference in February 2010. Gates said vaccines would help depopulate the world by one billion and bring the projected population increase of 2.2 billion down to 1.3 billion:

“The world today has 6.8 billion people. That’s heading up to about nine billion. Now if we do a really great job on new vaccines, health care, reproductive health services, we could lower that [number of 9 billion] by perhaps 10 or 15 percent.”

Note that in his speech, Gates did not mention a word on the much-touted purported purpose of vaccines — that of protection against diseases and in so doing, help prolong life.

In this context, it is interesting that a recent increase in U.S. parents refusing to vaccinate their kids is clustered in some of the wealthiest schools and neighborhoods, particularly in California, where some extremely expensive private schools have vaccination compliance rates as low as 20%.

Amanda Marcotte of the left-wing Slate.com sourly observes: “Anti-vaccination sentiment has been stereotyped as a mindless lefty cause, but in reality,Republicans are slightly more likely to oppose vaccination than Democrats. The real correlation is between having a lot of money and class privilege and opposing vaccination.”

The real correlation is between having a lot of education and opposing vaccination — wealth being positively correlated with educational achievement. And FYI, none other than the Pew Research Center has found that Republicans are smarter than Democrats!– which no doubt is sure to shatter your worldview since a favorite delusion of the Left is that Republicans and Conservatives (not synonymous) are stupid and uneducated.