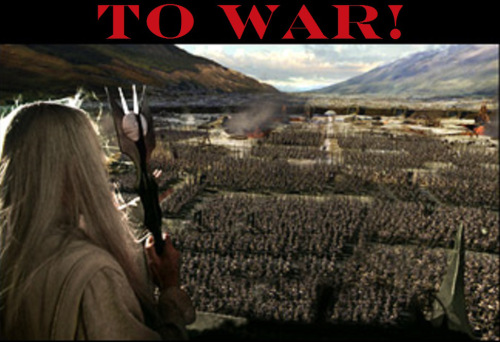 Another war is upon us.

Do you want America to start yet another war?

Do you want our already overburdened soldiers, suffering from unprecedented high rates of suicide and PTSD, to be stretched even more?

Do you want our government, already in debt to the (official) tune of $17 TRILLION, spend even more tens and hundreds of millions that we don’t have?

Do you want to see gas prices shoot to stratospheric levels, just as you’re getting ready to drive miles and miles on Labor Day extended weekend?

When I began researching into the August 21 chemical attack, I honestly had no preconceived opinion. I scoured the web for information and examined them with a critical eye. This post is necessarily long, though I’ve tried to condense the many source articles I use to concise bullet points.

A year ago, Obama said the United States would not get directly involved in Syria’s civil war unless a clear “red line” is crossed. That “red line” is the Bashar al-Assad regime’s deployment of chemical weapons against its people.

Two days ago, on August 26, Secretary of State John Kerry said that line has been crossed, pointing the finger at the Assad regime as the perpetrator of a chemical (poison gas) attack near Damascus on August 21 which killed hundreds of men, women, and children — if the images of multiple dead bodies are to be believed. (See pics of fakery here.)

Update! The AP reports that U.S. intelligence officials now admit that intelligence linking Assad to the chemical attack is no “slam dunk”. (Translation: “We don’t have evidence that Assad did it!”)

Top Democrats and Republicans in Congress chimed in, urging prompt action in response to Assad’s use of  chemical weapons. Eliot Engle, the top Democrat on the House Foreign Affairs Committee, said “We have to move, and we have to move quickly.” Senator Bob Corker, the ranking Republican on the Senate Foreign Relations Committee, said “I think we will respond in a surgical way.” Engle and Corker are just the latest banging on the war drums long sounded by Sen. John McCain, who has been urging a U.S. war in Syria for two years now.

Israel, Turkey, Britain, France all blame the Assad regime and are urging “intervention”.

While no one in Congress is (yet) urging U.S. “boots on the ground” in Syria, the warmongers are urging deployment of cruise missiles. Already our war ships have moved into the region.

An unnamed senior Obama regime official tells NBC’s Richard Engel “we’re past the point of no return” and that U.S. air strikes against Syria are inevitable, “within days.” I’ve seen the date of August 30, which is tomorrow, Friday.

But U.S. strikes against Syria are sure to precipitate reaction not only from the Assad regime, but also from Syria’s friends — Russia, China, Iran — who are warning Washington not to “meddle.” Invoking an apocalyptic scenario, Russia threatens that U.S. intervention will lead to “catastrophic consequences.”In the meantime, Moscow isn’t taking any chances and is evacuating its citizensfrom Syria and sending, “over the next few days,” an anti-submarine ship and amissile cruiser to the Mediterranean.

More alarming still, the Assyrian International News Agency reports that aCatholic bishop in Syria, Antoine Audo, warns that Western intervention could lead to a world war: “If there is an armed intervention, that would mean, I believe, a world war.”

For his part, Assad rejects the accusations that his government forces used chemical weapons as “preposterous” and “completely politicized.” Claiming government forces were in the targeted area, Assad asks, “How is it possible that any country would use chemical weapons, or any weapons of mass destruction, in an area where its own forces are located? This is preposterous! These accusations are completely politicized and come on the back of the advances made by the Syrian Army against the terrorists.”

Indeed, according to a CBS News report, since June, Assad’s forces have been winning, whereas victories for the Muslim Brotherhood-backed rebels, the Rebel Free Syrian Army, not only had become “increasingly rare,” they were sustaining “some of their heaviest losses” near Damascus.

In other words, it simply doesn’t make a whole lot of sense for Assad to unleash chemical weapons when he is winning, against the losing rebels.As a Stratfor email puts it:

“The general consensus is Syrian President Bashar Assad ordered the use of chemical weapons against his enemies. The problem is trying to figure out why he would do it. He was not losing the civil war. In fact, he had achieved some limited military success recently. He knew that U.S. President Obama had said the use of chemical weapons would cross a red line. Yet Assad did it.

Or did he? Could the rebels have staged the attack in order to draw in an attack on al-Assad? Could the pictures have been faked? Could a third party, hoping to bog the United States down in another war, have done it? […] We can’t shy away from alternative explanations simply because they seem outlandish and conspiratorial. Nor can we embrace them.”

So let’s take a look at those “alternative explanations,” no matter how “outlandish and conspiratorial” by asking the question that is on so many Americans’ minds:

Was the August 21 chemical attack a false flag event?

As the term is used in contemporary America, a “false flag” incident is some traumatic public event that is:

I propose that we approach the question of whether the August 21 Syrian chemical attack was a false flag by asking these questions:

In contrast, the jihadist rebels have been losing the civil war. Desperate people resort to desperate measures. Launching a chemical attack and killing their own people but putting the blame on the Syrian government, would bring the condemnation of the world as well as the most powerful military in the world, the United States, against their enemy — the Assad regime.

Both the Syrian regime and the rebels have access to chemical weapons.

According to ABCNews, April 23, 2013: “Videos have surfaced online of Islamist rebel fighters with vast supplies of chemicals, carrying out experiments on animals and saying they will use chemical weapons against the Assad regime.

The Assad regime is believed to have one of the biggest stockpiles of chemical weapons in the world which contains the VX nerve agent and mustard gas, in addition to sarin.”

Previous chemical attacks in the Syrian civil war had been undertaken by the jihadist rebels:

A, Whatever evidence we have all point to the jihadist rebels as the perpetrators:

B. Evidence of the Obama regime training and arming Syrian rebels:

Here’s a screenshot of the article as it was published on January 29th, 2013:

5. What does the Obama regime intend to accomplish with a military intervention?

Reportedly, options being considered by the Obama regime include cruise missile strikes, an air campaign, and cross-border shelling, among others.

The day after the chemical attack, on August 22, 2013, Stars and Stripes, an official Defense Department publication, published an AP report saying US officials are divided on how to respond to the chemical attack incident, with “top military leaders” cautioning against even limited action in Syria. “[Army General Martin E.] Dempsey, the Joint Chiefs chairman, said in a letter this week to a congressman that the US military is clearly capable of taking out Assad’s air force and shifting the balance of the war toward the armed opposition. But such an approach would plunge the US into the war without offering any (end game) strategy.”

In other words, what may begin with air strikes inevitably will lead to the U.S. being stuck in yet another long drawn-out war.

Indeed, I woke up this morning to a reporter on the overnight ABC news saying that U.S. air strikes had never been successful at stopping whatever government from doing anything.

An Aug. 19-23 Reuters/Ipsos poll found that 60% of Americans surveyed said the United States should not intervene in Syria’s civil war, while just 9% thought  Obama should act. But Obama and Congress are hell bent on war.

Tell your so-called representatives in D.C. that you don’t want another war!!!!!

The School Shooting You Didn’t Hear About: Mom Kills Active Shooter With AR-15 During Graduation Celebration
May 28th, 2022 Sons of Liberty Media