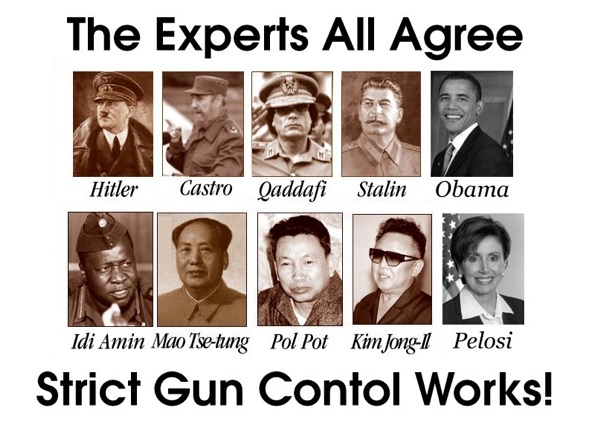 Share
Tweet
Share
Pin
The Obama administration unexpectedly announced two new gun control measures on Thursday, including one that would curb the import of military surplus weapons — in a move that could anger collectors. I am really not sure why these firearms are being targeted by the administration other than its another avenue to grab guns. I also noticed that he is doing this while the Syria debacle is going on, which really is nothing new.

“Sooner or later, we are going to get this right,” Obama said that day in the White House Rose Garden, with the families of Newtown victims and former Rep. Gabrielle Giffords — herself a victim of a gunman — at his side. “The memories of these children demand it, and so do the American people,” the president said at the time.      Courtesy Fox News

One of the new policies will end a government practice that lets military weapons, sold or donated by the U.S. to allies, be reimported into the U.S. by private entities, where some may end up on the streets. The White House said the U.S. has approved 250,000 of those guns to be reimported since 2005; under the new policy, only museums and a few other entities like the government will be eligible to reimport military-grade firearms.

It funny that Gabrielle Giffords is still involving herself after her husband goes out and buys “assault weapons” and handguns that they are so adamant about banning. OH wait that must just be for the common person and not the so called people of power, but they need to remember they are OUR EMPLOYEES! See snopes and see its not fake.

Remember, we need to be always watching the other hand! We cannot trust a person who relies on executive orders for EVERYTHING. We need to stay vigilant in our pursuits to protect our 2nd amendment rights.

Shannon Allison is the Editor of We Will Not Be Infringed Upon and our newest contributing author to The D.C. Clothesline.