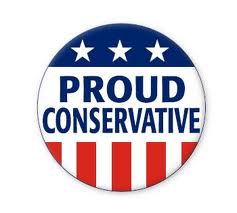 A dozen years ago, just after the attack of 9/11 2001, George W. Bush stood on a pile of rubble at Ground Zero with New York firefighters and promised that NEVER AGAIN would America’s enemies be attacked as we had that day. He vowed to use all of America’s strength and power to punish our enemies and make America a guiding light for all nations.  Then he took us into Afghanistan and Iraq. At first, confidence was high.  People watched on television, through the eyes and ears of mounted cameras on tanks and armored personnel carriers as the might of the US military forces presumed to take city after city, driving Saddam Hussein, along with his Republican Guards, into hiding. The Republican Guards came back later under a different label: Insurgents.  But that’s another part of the story.  All this impressive military effort cost us a half-billion dollars a day, but, well, we thought it just might be worth it. We were going to liberate the world of its enemies, especially terrorists, and make us safe as we had been before 9/11.

George W. Bush did other things, too.  In a grand gesture that was intended to convince Americans that he had the war on terror firmly in hand, he, with the help of Congress, created one of the biggest, sloppiest, potentially most dangerous bureaucracies anyone could have imagined of a Republican president. He created Homeland Security and something called the Patriot Act, which enabled the government to spy on the American people and offered the excuse that we must be willing to give up some of our freedom for eternal safety from sworn enemies. Many people questioned this and did not like the camel’s nose they saw peeking into the tent of American life. Still, most people felt that it was a fair trade to have to take off belts and shoes, and empty our pockets when going through baggage handling at airports. It was annoying, but we felt it was necessary.  We also thought it was temporary. We didn’t realize, of course, that our pockets were being emptied whether we went through baggage handling or not. Moreover, the bureaucracies Bush had created were permanent, because nothing Congress puts into place ever goes away.  This meant, without our realizing it, that the whole shebang might someday be put in the hands of people less scrupulous than dimwitted, but doubtless well-intentioned George Bush.

Then, if that were not enough, he, with the help of an equally dimwitted Congress that was not so well-intentioned, federalized a bunch of ill qualified baggage checkers, many of whom had questionable backgrounds, and made them into the TSA.  Thus, he created yet another Federal sink drain into which American dollars would be flushed and into which yet another privileged class of Federal employees could take refuge. The creation of the TSA not only made travel agonizingly slower, but worse, it legitimized physical invasions of privacy and even, in some cases, assault. Yet TSA employees, who, under the previously private system, could and would have been fired for incompetence or the commission of crimes, instead would now enjoy immunity from discipline or loss of their jobs, and be given a salary and level of benefits most Americans do NOT enjoy.  Some of these newly minted Federal employees even supplemented their newly minted salaries by going through checked luggage and making off with valuables and money passengers had been told were safe from theft.

As time went on, Americans grew dull with disappointment. Beating the enemy was taking years and costing a fortune we did not have and with few exceptions (the capture of Saddam Hussein from an underground dugout) we saw no significant victories. Our efforts at nation building among people who do not want a nation, but a theocratic tribal system were proving abortive. Money we were pouring into Afghanistan was being stolen from under our noses. The national debt rose, as did the budget deficit, and, although George W. Bush pushed through tax decreases to make everybody feel better, people still felt their budgets tighten.

The brief post-9/11 patriotic zeal dampened. Neglected flags hung limp from those backyard fences, front doors and flower plots until they dissolved in tatters. Apathy returned, as the shrines disappeared from the firehouses and people stopped shouting their love and pride of America and instead complained about having to wait for airport check-in that took hours. By election time 2008, George W. Bush was far from the perception of a great leader.  He had proven less than competent to lead a nation, let alone a coalition of Conservatives, to bring prosperity and restoration of our American way of life and American dignity abroad. In fact, by November of 2008, he had instead, without our realizing it, led us directly to Barack Obama and a series of crises not experienced by the American people since the Great Depression.

Now we are faced with not mere encroachments upon our freedom, but outright assaults against it. Liberal Democrats in power are now emboldened by what they see as the apathetic ignorance of the American voter.  It makes sense, when you get right down to it, because it was not the grand following of positives in Barack Obama and his cronies that got this administration elected twice. It was the failure of the rest of us, that vast majority of Middle Americans who despise what these people stand for, who do not vote their conscience or indeed do not vote at all.

Think about it.  Who do Conservatives have to rely upon in the Senate, for example? John McCain?  Lindsay Graham? Marco Rubio? Mitch McConnell?  Do we celebrate victories of independence and individuality over the downward slide over the precipice of collectivism? Not often, because we do not have those victories to celebrate, at least on the National level.  Instead we have the pending theft of the 2nd Amendment and other provisions in the Bill of Rights, which are supposed to guard our individual freedoms as citizens.  We suffer legal assaults on our 1st Amendment rights by a series of politically correct dogma made into law, such as statutes that allow for insulting Christians but punish insults against Islam. Obamacare has been solidified and even underwritten through the support of John Boehner. Boehner also promises to support the legalization of MILLIONS OF ILLEGAL ALIENS who will vote for the permanent establishment of the Liberal Democrats’ power.

There are a few Conservatives who fight the good fight, but only a few.  Rand Paul seems a good man, as does Ted Cruz, but we don’t know for sure.  Like the cat who has been once burned, some of us are twice shy. There is Allen West who deserves to be put back into office. As I said, there are a few. But where are the rest to represent the vast, quiet majority of Middle America? I hope they are coming soon, because we can no longer depend on the Establishment of the Republican Party.  They have abandoned us and betrayed us.

Beware the establishment Republicans as you would beware wolves in sheep’s clothing, and in regard to them, the Boehners, McCains, Grahams, Rubios and McConnells, invoke the old prayer: God protect me from my friends and I will take care of my enemies.