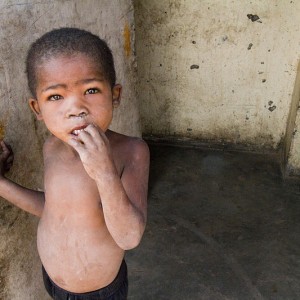 According to a study that was just released by Boston Consulting Group, the wealthiest one percent now own 39 percent of all the wealth in the world.  Meanwhile, the bottom 50 percent only own 1 percent of all the wealth in the world combined.  The global financial system has been designed to funnel wealth to the very top, and the gap between the wealthy and the poor continues to expand at a frightening pace.  The global elite continue to hoard wealth and heap together enormous mountains of treasure in these troubled days even though the economic suffering around the planet continues to grow.  So exactly how have the global elite accumulated so much wealth?  Well, one of the primary ways is through the use of debt.  As I have written about previously, there is about 190 trillion dollars of debt in the world but global GDP is only about 70 trillion dollars.  Our debt-based global financial system systematically transfers wealth from us and our governments into the hands of the global elite.  And of course the gigantic banks and corporations that the elite control are constantly gobbling up everything of value that they can find: natural resources, profitable small businesses, real estate, politicians, etc.  Money, power, ownership and control are becoming very, very tightly concentrated at the top of the food chain, and that is a very dangerous thing for humanity.  When too much money and power gets into too few hands, it almost always results in tyranny.

What will eventually happen when the global elite have ALL the wealth?

Will the rest of us work as serfs in a system that they have iron-fisted control over?

And what if they decide that they don’t really need billions of people working for them?  Will they decide to implement population control measures in order to reduce the number of “useless eaters”?  It is already happening in China and other highly centralized societies.

When all of the economic rewards of a society go to a very small handful of people, it tends to be very destabilizing.  We have seen this again and again throughout history.

When people have everything taken away from them and they have nothing left to lose, they tend to become very desperate.  And right now we are rapidly hurtling toward a time of great global instability.  Anger and frustration are growing all over the globe, and the rate at which the gap between the wealthy and the poor is widening seems to be accelerating.  Just check out these numbers…

-The wealthiest 1 percent of the global population now owns 39 percent of all the wealth on the planet.

-According to a report that was released last summer, the global elite have up to 32 TRILLION dollars stashed in offshore banks around the planet.

-According to a study conducted by Credit Suisse, the bottom two-thirds of the global population owns just 3.3% of all the wealth.

-A study by the World Institute for Development Economics Research discovered that the bottom half of the world population owns approximately 1 percent of all global wealth.

-It is estimated that the entire continent of Africa only owns approximately 1 percent of the total wealth of the world.

-Approximately 1 billion people throughout the world go to bed hungry each night.

-If you can believe it, more than 3 billion people currently live on less than 2 dollar a day.

In the world that we live in, money equals power.  And the more money that the top one percent accumulate, the more power they will accumulate as well.

So exactly who are the top one percent?  I discussed this at length in my previous article entitled “Who Runs The World? Solid Proof That A Core Group Of Wealthy Elitists Is Pulling The Strings“.  The global elite are absolutely obsessed with power and control and they have been working to implement their agenda for a very long time.  In the end, they hope to unite the entire planet under a monolithic global system that they control.  They are actually quite open about this – it is just that most people do not want to believe it.

The gap between the wealthy and the poor is rapidly growing in the United States as well.  Sadly, this means that the middle class is steadily disappearing as the ranks of those that are living in povertycontinues to increase.

But of course not everyone is doing badly in the U.S. right now.  In fact, those that own stocks have had lots of reasons to celebrate in recent months.

So who owns stocks?

During the last recession, Americans lost 16 trillion dollars of wealth.  Since then, about 45 percent of that wealth has been “recovered”, but the vast majority of that “recovery” has been due to rising stock prices.  The following comes from a recent Washington Post article…

From the peak of the boom to the bottom of the bust, households watched a total of $16 trillion in wealth disappear amid sinking stock prices and the rubble of the real estate market. Since then, Americans have only been able to recapture 45 percent of that amount on average, after adjusting for inflation and population growth, according to the report from the St. Louis Fed released Thursday.

In addition, the report showed most of the improvement was due to gains in the stock market, which primarily benefit wealthy families. That means the recovery for other households has been even weaker.

“A conclusion that the financial damage of the crisis and recession largely has been repaired is not justified,” the report stated.

Once upon a time, the United States had the largest and most thriving middle class in the history of the world.  That was a great thing.  But now the middle class is being destroyed and government dependence has surged to an all-time high.

-The wealthiest 1 percent of all Americans now own more than a third of all the wealth in the United States.

-In the United States today, the wealthiest one percent of all Americans have a greater net worth than the bottom 90 percent combined.

-According to Forbes, the 400 wealthiest Americans have more wealth than the bottom 150 million Americans combined.

-The six heirs of Wal-Mart founder Sam Walton have as much wealth as the bottom one-third of all Americans combined.

-The poorest 50 percent of all Americans collectively own just 2.5% of all the wealth in the United States.

For much more on how poverty is rising and the middle class is being destroyed, please see my recent article entitled “22 Facts That Prove That The Bottom 90 Percent Of America Is Systematically Getting Poorer“.

Obviously we have a huge problem here.

With each passing day, poverty is rising and more people are becoming dependent on the government.

So what is the solution to this mess?