Islamic misogyny — it’s in the quran. Obama say, “respect it!”

“Men are the managers of the affairs of women for that Allah has preferred in bounty one of them over another, and for that they have expended of their property. Righteous women are therefore obedient, guarding the secret for Allah’s guarding. And those you fear may be rebellious admonish; banish them to their couches, and beat them.” (quran 4:34)

And if they give birth to girls, beat them!

Sex determination test adds to women’s woes: Interviews by Killid confirm there is greater violence against women at home when they have daughters The Reality of Life in Afghanistan, September 2, 2013 (thanks to The Religion of Peace)

It has become socially acceptable for pregnant women to undergo sex determination tests across the country. Kreshma Fakhri investigates.

Female Afghans are not safe even inside their mother’s womb,say activists and human rights defenders. The ultrasound sonography machine is being widely misused for pre-natal sex determination not only in Kabul but also in many cities and provinces.

In Khost families celebrate when anultrasound test identifies a male foetus. Earlier the celebration followed the birth of a male child.

Dr Tasalwho has a diagnostic centre in Khost says up to 80 women come to him daily for sex determination tests.“Those who don’t have a son beg doctors to abort the foetus if it is a girl. They say they will be beaten and subjected to psychological violence at home.”

Another Khost doctor, Jumazar, says he has seen families distribute candy worth thousands of Afghanis at news of a male foetus. There is no such celebration in the case of the foetus being female. 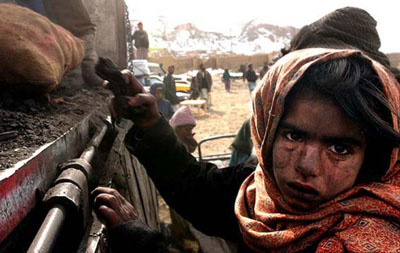 Jawas Khan who lives in a village in Musakhil district, Khost province, says he knows a woman who bore five daughters, and when the sixth daughter was born the milk in her breast ran dry from anxiety. “Most of the families look at their daughters like they are not creatures of God. As if the world has been made only for men,” he observes. The gender bias is so strong that Farooq, also from Khost, say families are ashamed when daughters are born.

NasratHabib, a sociologist in Khost, observes the hold of patriarchy makes families think, “Girls are a problem”.

Interviews by Killid confirm there is greater violence against women at home when they have daughters.

Maryam is one such victim. She has two daughters. She says her husband Mirwais took her for an ultrasound in MokhaberatChowk in Jalalabad City on her second pregnancy. The sonograph showed the foetus was female.“My husband got angry in the clinic. He beat me,” she says. Thereafter the beating at home only increased. “He divorced me and sent me to my father’s house,” she adds.

Nargis, 40, who has two daughters, was similarly divorced. She has been living with her father in a rented house, and is worried about her children’s fate. “My husband had two other wives and when I produced daughters successively he threw me out of the house. It was three years ago that he gave me a divorce,” she says.

Dr Jan Aqawho runs a private clinic in Nangarhar says more than a quarter of patients coming for an ultrasound want to know the sex of the foetus.

The doctor says many times the men beat the women as soon as they find out they are carrying a female foetus. Not enough is being done to spread the awareness that it is the male chromosome that determines the sex of the child.

The situation in the capital is not any better than in the provinces. Some people say women here willingly resort to illegal abortions because they know their families are against daughters. Abortion is banned unless it is a medical emergency.

Mary who has three daughters and one son told Killid: “I want another son. I am looking to adopt a male child.” She says she is scared to get pregnant “in case it is a daughter”.

Dr Nasrin Oryakhil, administrative director ofMalalai Maternity Hospital in Kabul confirms there is widespread son preference in Afghan society, and says it is the result of lack of both awareness and rights of women.

“Unfortunately the custom is still existent in Afghanistan that families are not interested in having daughters and they only want to have sons,” she says.

She shares the case of a woman with seven daughters who gave up her eighth daughter for adoption immediately after the delivery at the hospital saying her husband would not accept the newborn or “feed her”.

Oryakhil believes this desperation for a male child is a result of “pressure” from families on women. “Patients show all kinds of reaction to the pressure. Some go into depression after the delivery. Others have no milk to breastfeed their newborns. All this is the result of imposed pressure on the woman by her husband and family. Otherwise a mother has a kind heart. She loves even her disabled child,” she says.

Oryakhil urges doctors not to reveal the sex of the foetus to patients whatever the pressure. She believes this single factor leads to greater violence against women. When the foetus is female, she says, “Women are insulted, sometimes not fed, not taken to a health centre. This is really a problem.”

KarimaSalek, director of Kabul’s women’s affairs department, confirms sex determination tests endanger the life of the mother and increase violence against them.

MawlawiJanatGul, a religious scholar in Khost, urges people to remember, “God’s mercy shines for many days on a family in which a girl is born – contrary to the birth of a boy.”