What if and why can’t…Barack HUSSEIN Obama wants to take America to war over what ifs and why can’ts…and the media is helping him with his sales pitch.

What if al-Assad uses chemical weapons again…what if more children die..what if…blah, blah, blah….Why can’t the American people understand that by militarily calling al-Assad to task for the recent gas attacks on civilians that it will keep us all safe at home…blah, blah, blah…Why can’t everyone see that we need to help the al-Qaeda backed rebels so I can say ‘screw you’ to Putin…and there’s NO blah, blah, blah about that one.

And as much as Obama stamps his feet and whines about why we need to go to war with Syria…a country that has NEVER attacked us and poses NO threat to our national security, why can’t he see that there is NO reason for us to attack them…NO reason at all for doing so will only benefit al-Qaeda…the very same al-Qaeda that changed America forever just 12 short years ago…the very same al-Qaeda that we still are in the ‘War on Terror’ against.

And whether Obama wants to admit it or NOT we are indeed still deeply involved in the ‘War on Terror’…terror created and executed by those he now wants America to support.

The simple fact is that ‘We the People’ do NOT want to aid and abet our enemies nor do we want to go to war yet again…so as Sarah Palin said, ‘Let allah sort it out’.

War with Syria…and lobbing Cruise missiles into another country’s sovereign territory is indeed war…is NOT in America’s best interest yet Obama calculatingly went to Congress to get approval to wage war…or did he. It’s more likely Obama went to Congress to line up his scapegoat for when the situation in Syria goes completely south.

And remember, Obama’s made it clear that he feels that he has the right to either ignore public opinion or twist and manipulate the facts when he deems it necessary to do so..and that includes giving ‘supposed’ credibility to a decision of his own doing to reign missiles down on Syria.

And rest assured Obama has an ally in this manipulation…an ally known as the main stream media who swoons every time this miserable excuse of a president opens his mouth. The very same media who ‘anointed’ Barack HUSSEIN Obama our Messiah…our savior…the media who now NOT only twists the facts of who is and who is NOT gassing civilians, but is helping Obama perpetrate the LIE that it was al-Assad doing so when there is absolutely NO definitive proof whatsoever to that effect.

And Putin himself, every chance he gets, has made it clear to the media that the Obama administration has NOT produced one bit of evidence…only made claims that it was Assad who gassed civilians.  As he said, “If the USA does not produce the evidence for us to see, then clearly it does NOT exist”. 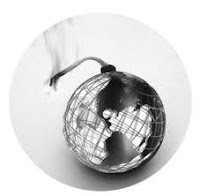 And with the Obama administration basing their claim against al-Assad on sketchy reports from ‘supposed’ witnesses (gee I wonder how they escaped the death that awaited those who they witnessed dying), non-governmental sources, and hours of questionable YouTube videos (shades of Benghazi come back to haunt), you just know Obama’s siding with the rebels is NOT what it outwardly seems on the surface, and the media knows the truth.

War with Syria will most assuredly NOT be good for the United States, Israel, or for Syria itself. But there are two countries that it would be good for…one is Saudi Arabia and the other is Qatar. The Saudis have been pouring billions of dollars into Syria…bankrolling the rebel factions and using Jordan to smuggle their weapons through…yet al-Assad remains in power. So the Saudis continue to push Obama to use the US military to do what they so far have NOT been able to do…and do it without getting their hands dirty. And then if the Saudis do oust al-Assad via our military they will have succeeded in getting the two enemies of Sunni islam to fight against each other (the Saudis are Sunnis)…the US and Israel on one side and all of Shia islam on the other…and the more damage both sides do to each other the happier the Saudi Wahhabi Sunnis will be.

Qatar benefits because it’s been long known that they want to run a natural gas pipeline out of the Persian Gulf, through Syria (something al-Assad is opposed to) and into Europe, and so they too have been pouring billions of dollars into the civil war in Syria…again on the side of the rebels.

So if it’s really Saudi Arabia and Qatar that want to overthrow the Assad regime…and with 70% of Syrians quite content with life under Assad…why does the United States have to do the Saudis fighting…why…because Barack HUSSEIN Obama’s loyalties are to the Saudi royal family and to Wahhabi islam, and NOT to America is why.

The bottom line is that the Saudis are the ones pulling Obama’s strings…are the ones who helped finance his campaign coffers…and are the ones funding the spread of radical islam throughout NOT only the Middle East but here in America as well. Just know that most of the mosques built here are NOT being financed with money from ‘so-called’ moderate muslims, but are being funded via the vast Saudi money coffers, and the media knows this very well, yet keeps this hidden for the simple fact that they were the ones who ‘created’ Obama…who got him elected in the first place…and to desert him now with reporting the truth would probably lock down and silence the media completely.

And so in just a day from now Barack HUSSEIN Obama will play the media like a fiddle and appear on all major television and radio stations begging and pleading for Congress and ‘We the People’ to support him in sending America to war. But just know that his reasons are NOT for the humanitarian issues he will claim, but are for Saudi Arabia to be able to push Wahhabi Sunnism throughout the Middle East (everything in the Middle East comes back to religion), and he is willing to do the Saudis bidding for them…for Barack HUSSEIN Obama is a Wahhabi Sunni…always has been and always will be..and the muslim blood coursing through his veins is stronger than any American blood that might possibly be shed.

And that’s why the order to ‘stand down’ was given in Benghazi…better four Americans be slaughtered than having to shed one drop of muslim blood in rescuing them…for with Barack HUSSEIN Obama and all those who orbit around him it all comes back to Benghazi in one way or another.