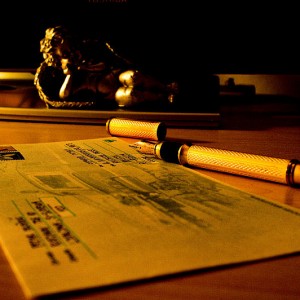 You will be amazed by the things that a dying military veteran wrote in a letter to the two U.S. Senators that are representing his state.  Like so many other Americans, this elderly vet is absolutely disgusted by the corruption and the incompetence that he sees coming out of Washington.  In the past, I have also written about how $1.4 billion is spent on the Obamas each year and about how Congress isliving the high life at our expense, but in this letter this dying military veteran puts things much more eloquently than I did.  The name of the vet that wrote this letter is Bill Schoonover, and it was written on April 3rd, 2013.  Even though his representatives in Congress will probably never take the time to read this letter, I think that you will agree that the emotions that Mr. Schoonover has expressed in this letter are shared by millions upon millions of other Americans all across the country…

I have tried to live by the rules my entire life. My father was a Command Sergeant Major, U.S. Army, who died of combat related stresses shortly after his retirement. It was he who instilled in me those virtues he felt important – honesty, duty, patriotism and obeying the laws of God and of our various governments. I have served my country, paid my taxes, worked hard, volunteered and donated my fair share of money, time and artifacts.

Today, as I approach my 79th birthday, I am heart-broken when I look at my country and my government. I shall only point out a very few things abysmally wrong which you can multiply by a thousand fold. I have calculated that all the money I have paid in income taxes my entire life cannot even keep the Senate barbershop open for one year! Only Heaven and a few tight-lipped actuarial types know what the Senate dining room costs the taxpayers. So please, enjoy your haircuts and meals on us.

Last year, the president spent an estimated 1.4 $billion on himself and his family. The vice president spends $millions on hotels. They have had 8 vacations so far this year! And our House of Representatives and Senate have become America ‘s answer to the Saudi royal family. You have become the “perfumed princes and princesses” of our country.

In the middle of the night, you voted in the Affordable Health Care Act, a.k.a. “Obama Care,” a bill which no more than a handful of senators or representatives read more than several paragraphs, crammed it down our throats, and then promptly exempted yourselves from it substituting your own taxpayer-subsidized golden health care insurance.

You live exceedingly well, eat and drink as well as the “one percenters,” consistently vote yourselves perks and pay raises while making 3.5 times the average U.S. individual income, and give up nothing while you (as well as the president and veep) ask us to sacrifice due to sequestration (for which, of course, you plan to blame the Republicans, anyway).

You understand very well the only two rules you need to know – (1) How to get elected, and (2) How to get re-elected. And you do this with the aid of an eagerly willing and partisan press, speeches permeated with a certain economy of truth, and by buying the votes of the greedy, the ill-informed and under-educated citizens (and non-citizens, too, many of whom do vote ) who are looking for a handout rather than a job. Your so-called “safety net” has become a hammock for the lazy. And, what is it now, about 49 or 50 million on food stamps – pretty much all Democrat voters – and the program is absolutely rife with fraud with absolutely no congressional oversight?

I would offer that you are not entirely to blame. What changed you is the seductive environment of power in which you have immersed yourselves. It is the nature of both houses of Congress which requires you to subordinate your virtue in order to get anything done until you have achieved a leadership role. To paraphrase President Reagan, it appears that the second oldest profession (politics), bears a remarkably strong resemblance to the oldest.

As the hirsute first Baron John Emerich Edward Dalberg Acton (1834 – 1902), English historian and moralist, so aptly and accurately stated, “Power tends to corrupt, and absolute power corrupts absolutely. Great men are almost always bad men.” I’m only guessing that this applies to the female sex as well. Tell me, is there a more corrupt entity in this country than Congress?

While we middle class people continue to struggle, our government becomes less and less transparent, more and more bureaucratic, and ever so much more dictatorial, using Czars and Secretaries to tell us (just to mention a very few) what kind of light bulbs we must purchase, how much soda or hamburgers we can eat, what cars we can drive, gasoline to use, and what health care we must buy. Countless thousands of pages of regulations strangle our businesses costing the consumer more and more every day.

As I face my final year, or so, with cancer, my president and my government tell me “You’ll just have to take a pill,” while you, Senator, your colleagues, the president, and other exulted government officials and their families will get the best possible health care on our tax dollars until you are called home by your Creator while also enjoying a retirement beyond my wildest dreams, which of course, you voted for yourselves and we pay for.

The chances of you reading this letter are practically zero as your staff will not pass it on, but with a little luck, a form letter response might be generated by them with an auto signature applied, hoping we will believe that you, our senator or representative, has heard us and actually cares. This letter will, however, go on line where many others will have the chance to read one person’s opinion, rightly or wrongly, about this government, its administration and its senators and representatives.

I only hope that occasionally you might quietly thank the taxpayer for all the generous entitlements which you have voted yourselves, for which, by law, we must pay, unless, of course, it just goes on the $17 trillion national debt for which your children and ours, and your grandchildren and ours, ad infinitum, must eventually try to pick up the tab.

My final thoughts are that it must take a person who has either lost his or her soul, or conscience, or both, to seek re-election and continue to destroy this country I deeply love and put it so far in debt that we will never pay it off while your lot improves by the minute, because of your power. For you, Senator, will never stand up to the rascals in your House who constantly deceive the American people. And that, my dear Senator, is how power has corrupted you and the entire Congress. The only answer to clean up this cesspool is term limits. This, of course, will kill the goose that lays your golden eggs. And woe be to him (or her) who would dare to bring it up.

Mr. Schoonover may not get to live through the horror that the full implementation of Obamacare will bring, but most of the rest of us will get to experience it.

As CNSNews.com recently noted, the federal regulations governing Obamacare are already more than 8 times longer than the entire Gutenberg Bible.  We are heading toward an unprecedented bureaucratic nightmare…

Since March 2010, when President Barack Obama signed the Patient Protection and Affordable Care Act (PPACA) and its companion Health Care and Education Reconciliation Act (HCERA), the administration has published in the Federal Register 109 final regulations governing how Obamacare will be implemented.

These regulations add up to 10,516 pages in the Federal Register—or more than eight times as many pages as there are in the Gutenberg Bible, which has 642 two-sided leaves or 1,286 pages.

And health insurance premiums are already starting to go through the roof at the same time that many Americans are having their hours cut back at work as a result of Obamacare.

We are seeing a fundamental transformation of the workforce, and it is all thanks to Obama.  Billionaire Mort Zuckerman made the following statement on the McLaughlin Group this past weekend…

Can you survive on a part-time income?

Our politicians don’t want any part of Obamacare themselves, but they are more than happy to force it on the rest of us.

The video posted below is less than 2 minutes long, but I think that it is one of the best videos about Obamacare that I have seen.  I think that you will agree that it is extremely funny…