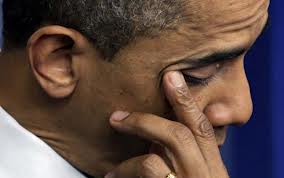 Every once in awhile I stumble upon something that is just too good to pass up. I need you to understand that the following piece was published by Pravda which has long been a propaganda arm of Soviet and Russian governments. Yet this is more of an op-ed and I find both humor and merit in this piece so please see if you enjoy it as much as I did. 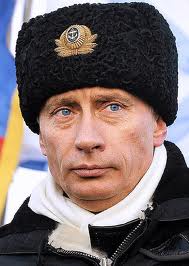 Even though the US thinks they are in charge of humanity the reality is they are not. In their imaginary world the toothless media supports their spit ball shooting president. They actually think their words are supreme and final. Kerry and McCain keep dancing in a parade trying to influence a congress which is neither conservative nor moral but nevertheless war weary. The once drug addict now US leader cannot fight against Vladimir Putin who brought Russia from poverty in the 90’s to a more stable economy today. Obama’s buffoonery selling the war against Syria has hit a wall thanks to President Putin’s firm stance and leadership.

Putin’s Interview with Channel One and Associated Press news agency

Focusing on war instead of a trillion dollar debt, Obama’s forte is to spread chaos not only in America but in the world. Like a fire bug his wake has left North Africa burning and he now supports terrorists the US once fought against. Bush once said that when Obama got into office that Barry would have to do the same and continue fighting in the Middle East. “Mr. I’ll bring home the troops next summer” has broken that promise and kept his “YES WE CAN start more wars” pledge. As they say in America, “he’s Bush on steroids”.

Although US public opinion is against another war the Bush haters will not protest Obama’s wars. I guess their feet hurt or Soros ran out of money. Code Pink went home to bake cookies or those in charge feel nothing can stop them now. Well, Putin is still in charge of the Middle East. The blood thirsty west can only grind its teeth, wail and scream, writhe in agony, spitting out lies, threats and accusations against Russia. Like Hitler and Napoleon, they will also meet their end.

Russia, who has slain its Red Dragon (Communism) long ago, is now facing Puff the Magic Dragon. Blowing smoke in his people’s eyes and spreading democracy with bombs. Magic that cannot fight against the truth. Puff must face reality and will try to save face. He will blame the Republicans who stand in his way and his worshipers will pity and love him. Playing the race card once again will bring more power to his throne.

The Saudi King whom Obama bowed to and Bush kissed will try again and again. Demanding Obama attack Syria. Trying to bribe Putin or threatening Russia with terrorists. He cannot let Russia, the largest country and the number one oil and gas producer, stand in their way. They want the world coming to them for oil and they know Russia will become more powerful in the future supplying Europe, China and other major countries. The Saudis must have complete control of the Middle East now before it’s too late.

Conservative Americans and those in the world are seeing Barry falling apart at the seams when he goes against Putin. They see a weak- kneed, lying, war mongering punk against a well educated, confident and successful leader.  President Putin can stand alone and speak without a teleprompter or notes and argue reasonably. He can give interviews anytime without worry because he does not have to try to remember a lie or wonder what to say. He only has to gives facts which are easy to remember.  His conservative economics and religious views are admirable in their eyes.

Forgotten or ignored by the west are the Christian men and women of Russia who prayed, suffered and died for today’s free and united Russia. Last century they were attacked by Hell itself yet they endured and rebuilt Christ’s Church. Over 58 Million were killed in Communist Russia but the Faith survived. It is one of the greatest miracles in world history. The western media prefers to shriek like spoiled brats against Putin.  “Evil dictator!” they shout, while they themselves have rejected the Holy Spirit and proudly wear the seal of the Antichrist. They laugh but God is not mocked. Christ is Victorious in Russia where homosexuality is still a sin; blasphemy a crime; where crosses and holy images are in public view. A renewed faith in Christ our King has become our fortress. This is the wall Putin stands on and the wall that will cause Obama’s fall.

This is a well-written piece. It kind of makes me wonder if I should write for Pravda. 🙂 Either I am crazy or Xavier Lerma makes a lot of sense in this article.

Still, I am an American. I am not a Russian and I must take offense and defend our President, as much as I don’t really want to.

To me this article loses all credibility by Lerma implying that Obama is a FORMER drug addict. Hey Xavier, don’t you read The D.C. Clothesline? Don’t insult my President like that.

If you would read The Clothesline you might have an idea that there is nothing former about that addiction.

Read this Xavier: What was President Lucifer doing while Americans were being killed in Benghazi?