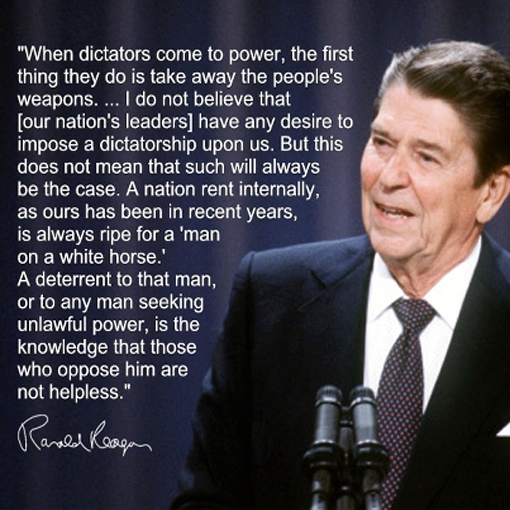 Well the socialists from the California Republic passed a semi-automatic firearms ban on September 10, 2013. While real Americans were remembering the dead and preparing to ride into DC to show their patriotism, the enemies of the State of California and the Constitution had different plans; attack the Second Amendment.

The assembly passed AB1131 which could be the strictest gun ban in the United States. The legislation bans the sale of semi-automatic rifles that can accept a magazine that holds more than 10 rounds and those that already own such rifles are mandated to register them with the state.

I’m sure there are some Californians who have two words to say to the state at this point, “Molon Labe!”

The legislation passed the State Assembly by a vote of 44-31. Now it moves to the senate where it was originally passed and the senate is likely to uphold amendments that were added by the Assembly.

Of course, the legislation is expected to also make it to the desk of Governor Jerry Brown and he will sign it into law.

All people are by nature free and independent and have inalienable rights. Among these are enjoying and defending life and liberty, acquiring, possessing, and protecting property, and pursuing and obtaining safety, happiness, and privacy.

As a side note, I discovered that California’s Constitution has not been changed to reflect marriage as anything other than between a man and a woman. According to Article 1, Section 7.5

“Only marriage between a man and a woman is valid or recognized in California.”

Guess what San Francisco and practicing homosexuals? You are not only violating God’s law, but you’re violating your own State Constitution by engaging in the bastardization of marriage, and no, the Supreme Court didn’t strike down Prop 8. They punted on the issue. But I digress.

There were both Democrats and Republicans who opposed the measure. Reuters reports:

New voting laws in the state have made it necessary for many Democrats – particularly in the Assembly – to win over moderates and conservatives, and Republicans were joined by several Democrats in opposing the bill.

“I don’t know what the right word is to express how strongly I oppose this bill,” said Assemblyman Tim Donnelly, a Republican who represents the Southern California community of Twin Peaks, complaining that it amounted to a direct swipe against the constitutional right to bear arms.

California, which has some of the toughest gun control laws in the nation, already bans rifles with large-capacity fixed magazines, which cannot be removed. This bill would expand that ban to add rifles that accept large-capacity removable magazines.

Other bills in the package passed by the Senate would have tightened additional laws, including banning a type of trigger known as a button.

Faced with reluctance by the more conservative, but still Democratic leaning, state Assembly to take up the package, Assembly Speaker John Perez, himself a gun owner, placed the bills in legislative limbo where they remained for months.

One of the two bills would ban possession of any ammunition magazine that holds more than 10 rounds. I wonder if that law will also apply to celebrities in the same manner it applied in DC to David Gregory, who waved around a 30 round AR-15 magazine on national television, but was never charged with a crime, while veterans, who have honorably served our country are jailed for a few stray bullets in their backpack.

The other bill bans people with multiple drug and alcohol convictions and convictions for gang-related crimes from owning a firearm for 10 years. Several of these charges are not violent crimes nor are they felonies.

Several grassroots movements are underway to fight against the legislation in California. I suggest they take a lesson from the voters of Colorado who ousted two Democrat anti-gun lawmakers from the Senate over such treasonous acts.