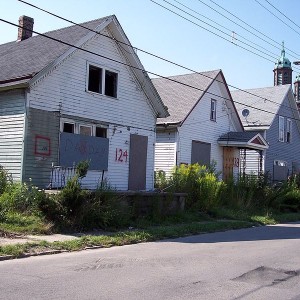 Do you consider yourself to be “lower class”?  Most Americans wouldn’t dream of thinking that way.  Even at the toughest times of my own life, I always considered myself to be “middle class”.  Traditionally, the vast majority of Americans have described themselves as either “middle class” or “working class”, but now we are witnessing a huge shift.  According to survey results that were just released, the percentage of Americans that identify themselves as “lower class” is now at an all-time high.  It is still only 8.4 percent of the country, but the fact that this number is rapidly growing shows that something is changing on a very fundamental level.  In America today, less people than ever believe that they have the opportunity to make a better life for themselves, and according to a brand new Gallup poll that was just released, 20 percent of all Americans did not have enough money to buy food that they or their families needed at some point over the past year.  We have 47 million people on food stamps and we have more than 100 million Americans enrolled in at least one welfare program, and that does not even count Social Security or Medicare.  We have gone from a “land of opportunity” to a land where tens of millions of people are being crushed by the system.

When I mentioned above that “less people then ever believe that they have the opportunity to make a better life for themselves”, perhaps you doubted that statement.

And I wish that it was not true.

But according to the Los Angeles Times, that is exactly what one new survey shows…

Last year, less than 55% of Americans agreed that “people like me and my family have a good chance of improving our standard of living,” the lowest level since the General Social Survey first asked the question in 1987.

And even those that are “educated” are becoming more pessimistic…

Would you describe yourself as “lower class”?

Even as Barack Obama boldly proclaims that we are in the midst of an “economic recovery”, poverty continues to grow.  In New Jersey, poverty hit a 52-year high in 2011, and when the final numbers for 2012 come out it is anticipated that they will be even worse…

Poverty in New Jersey continued to grow even as the national recession lifted, reaching a 52-year high in 2011, according to a report released today. The annual survey by Legal Services of New Jersey found 24.7 percent of the state’s population — 2.1 million residents — was considered poor in 2011. That’s a jump of more than 80,000 people — nearly 1 percent higher than the previous year and 3.8 percent more than pre-recession levels. ”This is not just a one-year or five-year or 10-year variation,” said Melville D. Miller Jr., the president of LSNJ, which gives free legal help to low-income residents in civil cases. “This is the worst that it’s been since the 1960 Census.” And it may get worse: The report warned Census figures for 2012 to be released this month may be higher.

There are two Americas today.  In the “good America”, stock values are soaring and almost everyone has a job.  People from that America openly wonder why everyone is so concerned about the economy.

In the “bad America”, unemployment is rampant and poverty is everywhere.  At this point, low income households have an unemployment rate that is over 21 percent, and there is not much help on the horizon.

In the old days, if the wealthy wanted to get wealthier, they needed the rest of us to run their businesses and work in their factories.

This is putting a huge squeeze on average American workers.  For most Americans, the only thing that they have to offer in the marketplace is their labor.  Unfortunately, that labor is not valued as much as it used to be.

But without a doubt we have a structural problem with unemployment.  As the Brookings Institution recently discovered, it would take 8 million more jobs before we could say that we have “recovered” from the last recession…

Last month, the unemployment rate fell to 7.3% from 8.1% a year ago. That might signal progress, but the share of workers with jobs was 58.6%; it has remained close to that for several years. The unemployment rate is inherently flawed and isn’t the best measure of economic progress; it counts only those with jobs or actively looking for work.

And in a frustratingly slow economic recovery that has discouraged countless workers, it risks ignoring these missing workers — an estimated 6 million, according to the Brookings Institution’s Hamilton Project.

The Washington-based think tank has come up with what it calls the “jobs gap,” or the number of jobs it would take to offset the effects of the Great Recession. Factoring in the millions of jobs lost during the Great Recession and the number of jobs needed to absorb new workers, the nation needs 8.3 million jobs to fully recover from the recession.

And of course the quality of our jobs continues to decline as well.  In America today, only 47 percent of adults have a full-time job, and one out of every ten jobs is now filled by a temp agency.

Unfortunately, thanks to Obamacare this trend is going to get a lot worse.  Millions more Americans are going to be forced into part-time employment.  For example, just check out what Trader Joe’s is doing…

Trader Joe’s, the grocer once lauded for providing health care coverage to its part-time workers, is about to push those employees off its plan.

According to a memo obtained by the Huffington Post, the company will stop covering employees who work less than 30 hours per week.

The change is set for the start of 2014. Instead of insurance, workers instead will get a check for $500 in January.

“Depending on income you may earn outside of Trader Joe’s, we believe that with the $500 from Trader Joe’s and the tax credits available under the [Affordable Care Act (ACA)], many of you should be able to obtain health care coverage at very little if any net cost to you,” said Trader Joe CEO Dan Bane in the memo.

I wish that there was better news to report, but we have to be very honest about where we are at as a nation.

In order for there to be a thriving “middle class”, there needs to be lots of middle class jobs.

Sadly, the number of breadwinner jobs that the middle class depends upon is shrinking.

Unless a miracle happens, the percentage of Americans that consider themselves to be “lower class” is probably going to continue to grow.

So how would you solve this problem?