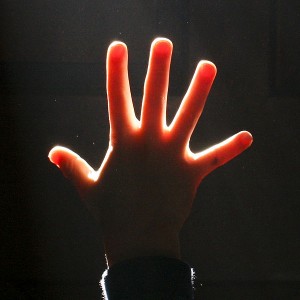 If the economy is getting better, then why do incomes keep falling?  According to a shocking new report that was just released by the U.S. Census Bureau, median household income (adjusted for inflation) has declined for five years in a row.  This has happened even though the federal government has been borrowing and spending money at an unprecedented rate and the Federal Reserve has been on the most reckless money printing spree in U.S. history.  Despite all of the “emergency measures” that have been taken to “stimulate the economy”, things just continue to get worse for average American families.  Americans are working harder than ever, but their paychecks are not reflecting that.  Meanwhile, the cost of everything just keeps going up.  The Federal Reserve insists that inflation is “low”, but anyone that goes grocery shopping or that stops at a gas station knows that is a lie.  In fact, if inflation was calculated the exact same way that it was calculated back in 1980, the inflation rate would be somewhere between 8 and 10 percent right now.  Paychecks are being stretched more than ever before, and that is probably the reason why about three-fourths of the entire country is living paycheck to paycheck at this point.

According to the Census report, the high point for median household income in the United States was back in 1999 ($56,080).  It almost got back to that level in 2007 ($55,627), but ever since then there has been a steady decline.  The following figures come directly from the report, and as you can see, median household income has fallen every single year for the past five years…

How far does that number have to go down before we admit that we have a major problem on our hands?

The new Census report also revealed that 46.5 million Americans are living in poverty.  As CNSNews.com noted, this is far higher than when Barack Obama first entered the White House…

During the four years that marked President Barack Obama’s first term in office, the real median income of American households dropped by $2,627 and the number of people on poverty increased by approximately 6,667,000, according to data released today by the Census Bureau.

So why does Obama continue to insist that things are getting better?

Right now, one out of every five households in the United States is on food stamps.

One out of every five.

How bad does it have to get before we acknowledge that what we are doing economically is not working.

Will half of us eventually end up on food stamps?

In addition, the new Census report also says that 48 million Americans are currently without any kind of health insurance whatsoever.

And of course as I noted yesterday, even more companies are going to be dumping health insurance plans because of Obamacare.

All in all, what we have been witnessing over the past decade and a half is the systematic evisceration of the middle class.

After accounting for inflation, right now 40 percent of all U.S. workers are making less than what a full-time minimum wage worker made back in 1968.

Over the years, our incomes have certainly gone up, but inflation has increased even faster.

Back when I was growing up, $50,000 a year sounded like a whole lot of money.  I thought that anyone should be able to live a very comfortable lifestyle on that amount of money.

And as I noted last year, it is not easy for the average American family to do everything that it needs to do on $4000 a month…

So can an average family of four people make it on just $4000 a month?

Well, first of all you have got to take out taxes.  After accounting for all forms of taxation you will be lucky if you have $3000 remaining.

*At Least One Vehicle

Have I left anything out?

No wonder American families are feeling so stretched financially these days.

The new Census report also noted that the gap between the wealthiest Americans and the rest of us continues to grow.  There is certainly nothing wrong with making money, but if the economy was working properly all Americans should be able to have the opportunity to better themselves.

According to CNBC, the 400 wealthiest Americans now have more money than the poorest 50 percent of all Americans combined.

So why is this happening?  Well, certainly there are a lot of reasons, but in recent years quantitative easing has definitely played a role.  As I noted in my recent article about the Federal Reserve, quantitative easing has been incredibly good for those with stocks and other forms of financial investments.  All of that liquidity has juiced the financial markets, and the extremely wealthy have been loving it.

Meanwhile, things just continue to get even tougher for most of the rest of the American people, and the frightening thing is that the next major wave of the economic collapse has not even hit us yet.

How bad will things be for average American families once that happens?

-Total mortgage activity has dropped to the lowest level that we have seen since October 2008.

-One of the largest furniture manufacturers in America was just forced into bankruptcy.

-According to the Wall Street Journal, the 2013 holiday shopping season is already being projected to be the worst that we have seen since 2009.

Hopefully the slow and steady economic decline that we have been experiencing will not accelerate into a full-blown avalanche any time soon.

But I would definitely get prepared just in case.

Michael T. Snyder is the Editor of The Economic Collapse Blog and a regular contributor to The D.C. Clothesline.