Well, as if we didn’t have enough proof already, John McCain has thrown on his skirt (he claims it’s a kilt) to defend his man. Such an unbecoming fetish John. This unnatural attraction to Barack Obama must stop.

I am going to print McCain’s response to Putin in full, as printed today by Pravda. I won’t add a lot of commentary but I would like to draw your attention to one or two things.

First off please notice how McCain continually and relentlessly attacks Putin. I thought Putin’s New York Times article was much more gracious and diplomatic. Putin caught a lot of grief for that “American exceptionalism” comment but I think his point was valid and simply could have been worded a little better. It is a point of national pride to think that we are the best but that goes for the people of many nations. Putin’s arguments were more on target and McCain seems to try to attack on all fronts and talks very little about Syria.

McCain does not even pretend to show any diplomacy in this piece. He goes straight for the jugular. He talks about a lot of things including a “state run media” that was somehow allowed to print his letter. 🙂

When Pravda.ru editor, Dmitry Sudakov, offered to publish my commentary, he referred to me as “an active anti-Russian politician for many years.” I’m sure that isn’t the first time Russians have heard me characterized as their antagonist. Since my purpose here is to dispel falsehoods used by Russia’s rulers to perpetuate their power and excuse their corruption, let me begin with that untruth. I am not anti-Russian. I am pro-Russian, more pro-Russian than the regime that misrules you today.

I make that claim because I respect your dignity and your right to self-determination. I believe you should live according to the dictates of your conscience, not your government. I believe you deserve the opportunity to improve your lives in an economy that is built to last and benefits the many, not just the powerful few. You should be governed by a rule of law that is clear, consistently and impartially enforced and just. I make that claim because I believe the Russian people, no less than Americans, are endowed by our Creator with inalienable rights to life, liberty and the pursuit of happiness.

A Russian citizen could not publish a testament like the one I just offered. President Putin and his associates do not believe in these values. They don’t respect your dignity or accept your authority over them. They punish dissent and imprison opponents. They rig your elections. They control your media. They harass, threaten, and banish organizations that defend your right to self-governance. To perpetuate their power they foster rampant corruption in your courts and your economy and terrorize and even assassinate journalists who try to expose their corruption.

They write laws to codify bigotry against people whose sexual orientation they condemn. They throw the members of a punk rock band in jail for the crime of being provocative and vulgar and for having the audacity to protest President Putin’s rule.

Sergei Magnistky wasn’t a human rights activist. He was an accountant at a Moscow law firm. He was an ordinary Russian who did an extraordinary thing. He exposed one of the largest state thefts of private assets in Russian history. He cared about the rule of law and believed no one should be above it. For his beliefs and his courage, he was held in Butyrka prison without trial, where he was beaten, became ill and died. After his death, he was given a show trial reminiscent of the Stalin-era and was, of course, found guilty. That wasn’t only a crime against Sergei Magnitsky. It was a crime against the Russian people and your right to an honest government – a government worthy of Sergei Magnistky and of you.

President Putin claims his purpose is to restore Russia to greatness at home and among the nations of the world. But by what measure has he restored your greatness? He has given you an economy that is based almost entirely on a few natural resources that will rise and fall with those commodities. Its riches will not last. And, while they do, they will be mostly in the possession of the corrupt and powerful few. Capital is fleeing Russia, which – lacking rule of law and a broad-based economy – is considered too risky for investment and entrepreneurism. He has given you a political system that is sustained by corruption and repression and isn’t strong enough to tolerate dissent.

How has he strengthened Russia’s international stature? By allying Russia with some of the world’s most offensive and threatening tyrannies. By supporting a Syrian regime that is murdering tens of thousands of its own people to remain in power and by blocking the United Nations from even condemning its atrocities. By refusing to consider the massacre of innocents, the plight of millions of refugees, the growing prospect of a conflagration that engulfs other countries in its flames an appropriate subject for the world’s attention. He is not enhancing Russia’s global reputation. He is destroying it. He has made her a friend to tyrants and an enemy to the oppressed, and untrusted by nations that seek to build a safer, more peaceful and prosperous world.

I do believe in you. I believe in your capacity for self-government and your desire for justice and opportunity. I believe in the greatness of the Russian people, who suffered enormously and fought bravely against terrible adversity to save your nation. I believe in your right to make a civilization worthy of your dreams and sacrifices. When I criticize your government, it is not because I am anti-Russian. It is because I believe you deserve a government that believes in you and answers to you. And, I long for the day when you have it.

I’m not sure I like this new “Equal Time for RINO’s” policy at The Clothesline and I may executive order it right out of existence tomorrow. But I did think that the American people deserved to read what McCain wrote. Some of it is very compelling but so was Putin’s piece. The bottom line is that you have to be able to wade through the bull sh** and figure out what is really going on.

Here is a comment that was left below McCain’s article and I think this comment is far more interesting than anythng that Putin or McCain wrote:

Interesting stuff. Finally I read something that I might be inclined to believe. This reminds me a lot of Barack Obama’s Twitter Spambots. These two world leaders have more in common than they know.

The truth is that Putin is corrupt and Obama is as well. McCain is arguably worse than either of them because he pretends to be a conservative and is not. In the case of Syria I believe that Putin has the right stance but I also know that he has an agenda. He’s right but probably for the wrong reasons. He doesn’t want us screwing around in Syria because he considers it his back yard. He arms Assad and neighboring Iran.

Obama arms the Syrian Rebels who are an extension of Al Qaeda. These are Obama’s homeboys. He is himself a terrorist at heart who hates the America we all grew up with. He wants a new America and if terrorists will help him achieve that dream, then so be it.

So we have a developing war where both sides are bad. But I see a comment like the one above, and whether it is true or not it gives me great hope. There are people in Russia, and in all countries, who are not blind to their leaders.

If enough people start speaking truth around the world then things will someday change. We are the sparks that will someday light the unstoppable fire of freedom that will be felt all over the world. 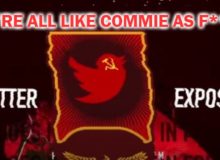