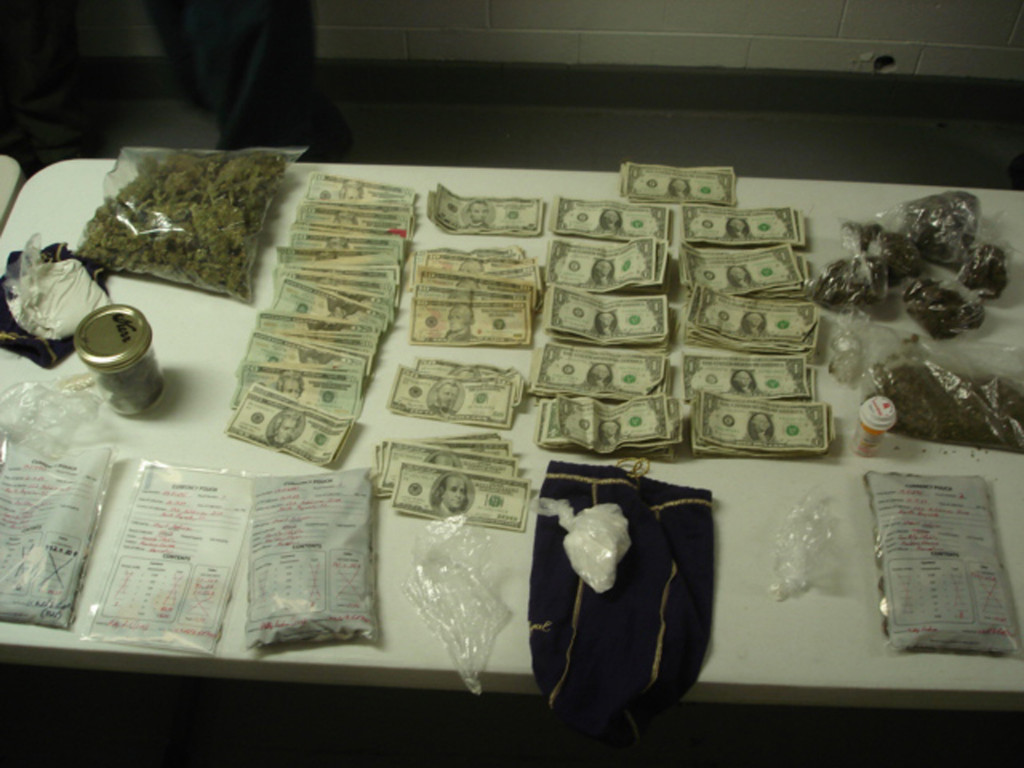 Whether you think that marijuana is demonized unfairly or not, I don’t think anyone can be happy with a story of a cop getting busted for selling pot from his squad car. We aren’t talking about a joint or a “quarter” bag. Oh no, Darrell Mathis allegedly sold a whole pound of  green to an undercover FBI agent and wanted to discuss a larger transaction.

ATLANTA — Darrell Mathis has been charged with distributing marijuana and using and carrying a firearm in furtherance of a drug trafficking offense.

“This defendant used his position as a police officer to openly violate the very laws that he was sworn to uphold,” said United States Attorney Sally Quillian Yates. “Selling marijuana out of his police car while wearing a badge and uniform is outrageous. This case is a reminder that no one is above the law.”

Mark F. Giuliano, Special Agent in Charge, FBI Atlanta Field Office, stated: “Allegations of law enforcement officers actually engaged in the distribution of drugs is a rare occurrence. When those allegations came to the FBI concerning Newton County Deputy Sheriff Mathis, the FBI swiftly took action. The FBI considers such allegations of criminal conduct by law enforcement officers to be a priority investigative matter and we continue to ask the public to contact their nearest FBI field office with information concerning such activities.”

Mathis, 40, of Lithonia, Ga., made his initial appearance before Magistrate Judge Russell G. Vineyard and was released on bond. He was arrested on September 19, 2013, when he met with the undercover agent in possession of one pound of marijuana. Mathis has been a sworn deputy sheriff with Newton County since December 2008.

My hope is that they throw the book at Darrell Mathis. I am not sure if life in prison is a just sentence but he should not get off lightly if proven guilty.

Put your views of marijuana to the side for a moment. I don’t care about the pros and cons. Even if you think marijuana laws are unconstitutional it is still not right for an on-duty police officer to be selling pot. He is being paid to serve and protect, not run a side business.

Among other things you have to wonder where he got it. Was he possibly “pinching” it from other dealers in the area in exchange for them operating freely? Anything is possible.

He broke the laws which he was sworn to uphold and he did not do it in a small way. A pound of marijuana is not cheap. We are talking low four-figures. At least $2000 and probably more.

That’s pretty major. When you compound that with the FBI story that he was going to negotiate an even larger purchase then I would definitely classify him as a dirty cop.

At any rate, I will stay off of my soapbox in regards to Mary Jane because a lot of people love her. However, I would certainly hope that no one out there wants to justify the actions of a dirty cop who was dealing substantial amounts of pot from his squad car.

The moral code in our society is at an all time low in my opinion.

Why do I print stories about crooked cops?

It’s because of the slippery slope of lost morals that this country continues to slide down. For every officer like Darrell Mathis, we need to remember that there are a lot of good officers that do it right.

The D.C. Clothesline is about what is wrong with America and crooked cops are certainly a big part of that picture. I hope that Mr. Mathis goes away for a long time if he is rightfully convicted. To me this is the equivalent of a Nun who would stand on a street corner and sell her body, or a doctor who intentionally tries to inflict disease on his patients rather than curing them. Certain things are supposed to be sacred and we have no room for criminals who pose as cops in this country.

We must remember that Darrell Mathis is innocent until proven guilty. In today’s America nothing is really that surprising anymore. We might find out later that it was the FBI agents who were crooked.

He will get his trial and if he is guilty I hope they make an example out of Darrell Mathis.