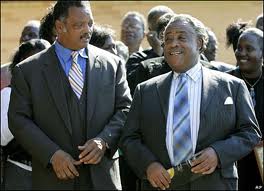 The first people to scream about their rights are those on the collective Left.  They make a cult of their freedom of speech, especially, claiming that it is legitimate for such “speech” to take the form of bullying, physical intimidation, vandalism, obstruction of traffic and perversion of justice.  Examples abound of all of these and other categories of “free speech” according to their description. Their definitions vary flexibly, asany rational person can see, but always to their advantage and they are never honestly applied to Conservatives.  Thus, Eric Holder blocks prosecution of direct, physical intimidation of white voters by Black Panthers wielding truncheons, a rodeo clown is blackballed from his livelihood and gays vandalize pro-life foundations with red paint and condoms. At a Roman Catholic church in Baltimore, each and every time a pro-life poster was put up, it was befouled with spray painted obscenities. The vandals found the anti-abortion posters obscene, but not the abortions themselves! It was free speech to deface the posers and the argument they posited, but not free speech to advocate against killing children in the womb!

Recently, my wife and I joined some people at an overpass.  We held up signs advocating the impeachment of Obama. Although our message was mostly acknowledged with thumbs-ups, hand waves and the toots of car horns expressing favor, a group of about five bicyclists riding by stopped, photographed us and called the police, asking them to stop us from protesting.  The policeman I spoke to wrote up an incident report, as was his duty, and explained that we were within our right to protest publicly, so long as we didn’t obstruct traffic or commit any legal offenses. A few people made rude gestures and one woman shouted, “Put that sign down!” We ignored her. Clearly it was okay for these people, the cyclists and that shouting woman to have their say, but not okay for us to have ours!

My wife went to a very left-leaning high school in Baltimore. As a young teen, she was in a fog about politics, having been brought up by parents who were old-fashioned Roosevelt Democrats.  They sincerely believed in honesty, fairness and freedom for everybody, and, although they may have gotten the message right, they were tuned into the wrong channel. Those values are NOT what the Liberal Democrats want at all, but let that pass for now. For more than two decades, my wife kept up her friendships with her former schoolmates.  However, her view of the world has matured. Reasonably, she made a comment to some of them that she believed the middle class had not yet been won over to Obamacare. She received several immediate and angry responses. One of her old friends said, “You are a Sarah Palin loving, racist bitch!” Another said that she had “gone around the bend” and exhorted others to “ignore everything she says.” Apparently, it was not acceptable for my wife to express her benign observation, which was not even a statement against Obama or Obamacare, but it was perfectly acceptable for them to silence her by the force of hate-filled insults and encouragement to shun her! This proves unequivocally the false notion of decades that the Left is somehow tolerant and kind — “compassionate” I believe is the word they like to use — while those on the Right are hate-mongering, obstructionist, brutish racists.

Yes, no crueler practice exists than to rob people of the motivation to better their lot. No greater theft can be committed than to con someone out of the initiative necessary to their survival. Generational welfare destroys families by fracturing the bones of self-esteem and encouraging ignorance and poverty.  Yes, poverty, because when people depend totally upon government support via welfare checks, they stop caring about working, which means that they stop taking charge of their own futures. In fact, this destructive loss of motivation is built into the system, because working people cannot receive welfare.

Among food stamp recipients in ghettos, strategies are developed and shared of how to continue siphoning off as much money as possible from the welfare pool. One such strategy is for young women to have as many babies as possible, because, for each new baby the total welfare check increases. What motivation does this advertise and encourage? And in exchange for this false beneficence, all that Left politicians require is their votes. Moreover, to assign a real philosophic ideology to the Left is idiocy. They are politicians and nothing more. They want power and will do anything they can to get it and keep it.  Anything. They will intimidate, threaten, name-call, insult and viciously label anyone they perceive as an enemy. Moreover, when the money for welfare checks runs out, they will stop paying it!

But the political Left does not feel shame, because they are armed, specifically with the weapon of political correctness, the most uncompassionate tool ever invented. Obama lies openly but is protected from criticism because no one wants to offend him for being black. Political correctness is at work. Of course, that principle works only in one direction, theirs.  The same sensitivity is not extended by the left to other black people, such as Thomas Sewell or Ward Connerly, who criticize him for telling those lies. There is a reason for this. It is, very bluntly put, that their compassion is a complete scam. It is a lie. The Liberals who thrust these lies upon us are NOT compassionate. Jesse Jackson could end the poverty in many families by dispersing his own wealth, accumulated through fraud and extortion, but he does NOT do it. Instead he continues to press his agenda. Obama could use much of his vacation money (Was it 1.5 BILLION over 5 years?) to support charitable causes, especially in the ghetto, which he shamelessly uses as a tool to support his spending programs. But instead he and his wife spend profligately on their own pleasures, even closing the White House as though it were their own palace. Their game is fraud and political correctness is their weapon against anyone who opposes that game.

There is only one weapon to use against them. It is our own fearlessness, the willingness to destroy their policy of political correctness not merely by tolerating their insults, but by returning them, by calling them out as the racists, liars and thieves that they are! Call the Charles Schumers and Harry Reids liars, because that is what they are! Call Barack Obama and Eric Holder racists, because that is what they are! The Left is not stopped by rational argument. They respond to the kind of verbal war they wage themselves. Polite discourse is impotent now. It is time to take a stand against the onslaught of corruption of our culture, of our language, of our freedom. It is time to tell the truth!