At the same time as devout Muslims were separating Muslim children from non-Muslim children and executing them in cold blood in an upscale mall in Kenya, Muslims marched down Madison Avenue under the flag of jihad (the same flag the Muslims in Kenya were killing under).

At the same time as devout Muslims were gunning down 142 in Nigeria, American Muslims marched down Madison Avenue under the flag of jihad (the same flag Boko Haram was killing Christians under in Nigeria).

Photos thanks to Urban Infidel I went to the New York City Muslim Day Parade yesterday.  According to the official parade program, this year’s theme was, “Islam’s Contribution to Human Civilization.” Yes, you read that right.  And yes, it is singular, not plural. 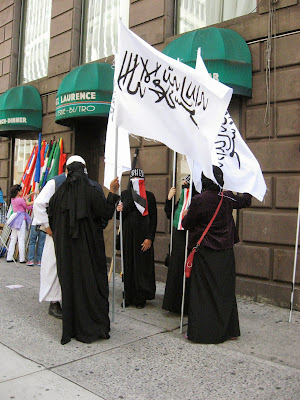 To quote the editor over at The Religion of Peace, “Other than a big stack of dead bodies, I can’t think of much else.  Guess they’ll have to be creative.” 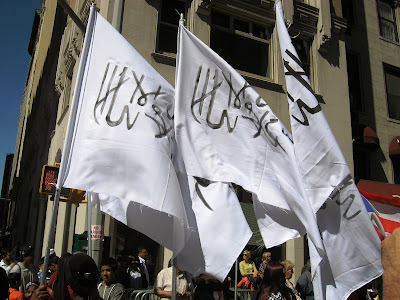 Well, they didn’t even bother trying to be creative. It was the same old, same old, with lots more of the same.  No inclusiveness.  No reaching out to their fellow man, just a lot of victimhood and no mention of terrorism, such as the mall siege in Nairobi over the weekend or the suicide bombing of an historic Christian church in Pakistan during services yesterday. 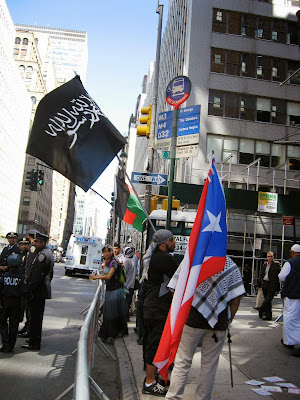 Not even a peep about the many innovations that Islam lays claims to.  It was just more Islamic jihad with extra jihad.
Marchers with the flags of Islamic jihad on full display. 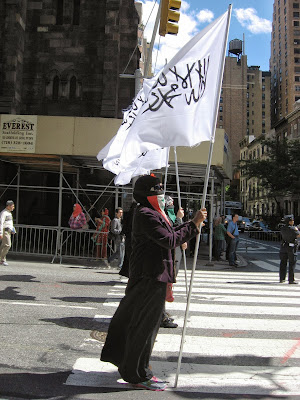 All this jihad was accompanied by the usual chest-thumping boasts of being Islam being the best, and the dreary ‘allah-akbaring’ and ‘takbiring’ all the way down Madison Avenue. 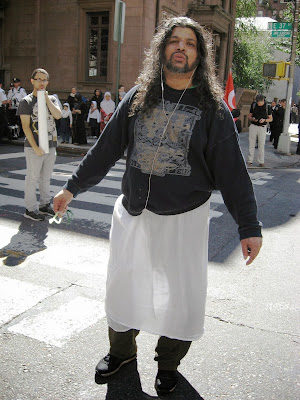 There will be no dancing at the parade! 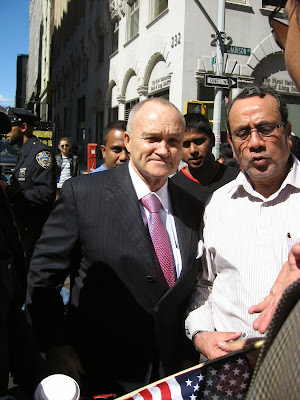 New York City Police Commissioner, Ray Kelly came for a photo-op.  He did not march. 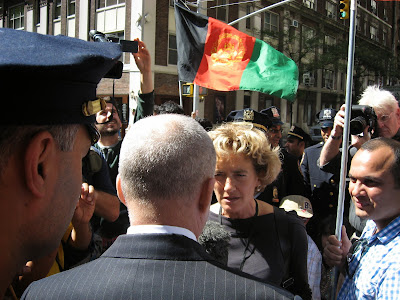 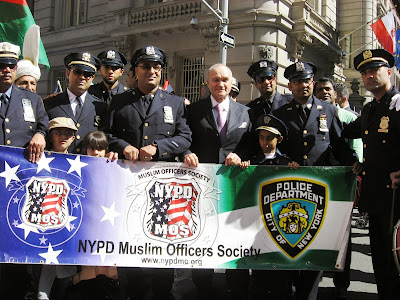 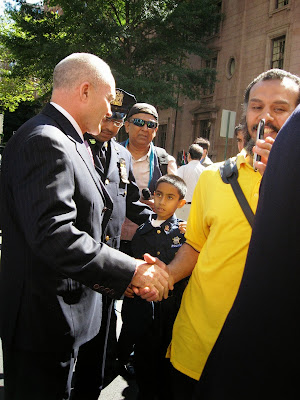 Ray Kelly shaking hands [unwittingly] with a Muslim Brotherhood supporter wearing a yellow shirt as a demonstration of unity.
Here was something new.  A U-Haul Kaaba. 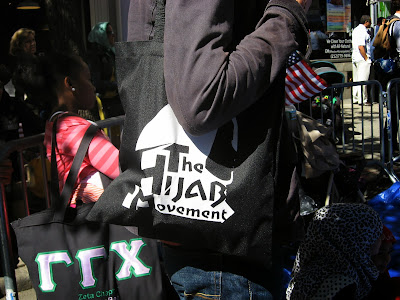 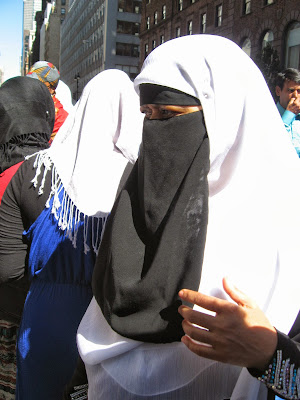 A small sampling of hijabs in their various forms. 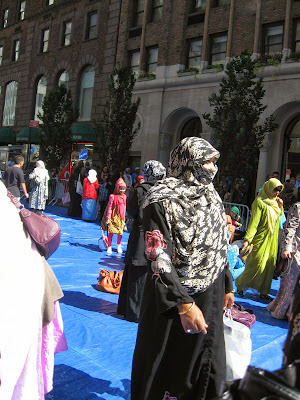 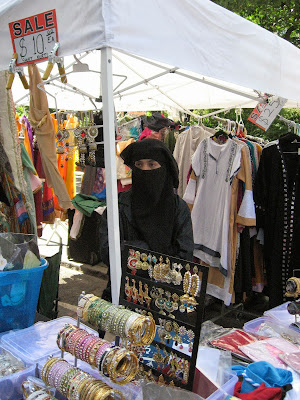 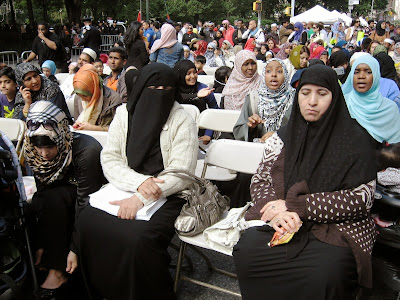 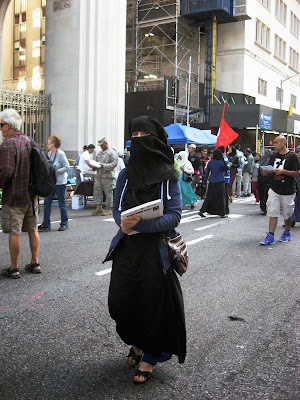 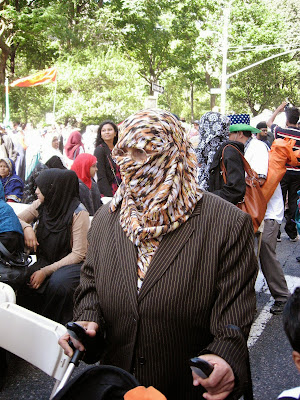 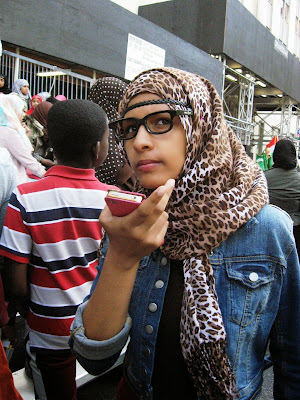