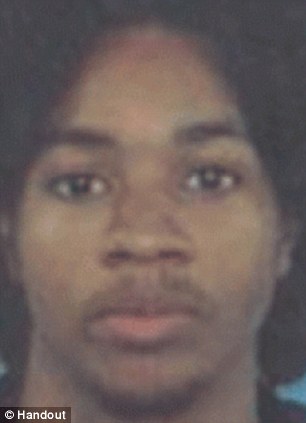 Lakim Faust was recently convicted on 14 counts, including 4 counts of attempted first-degree murder, stemming from the June incident in Greenville, NC where he shot and wounded 4 people. It just so happens that Faust is black and his victims were not. They were white as “coincidence” might have it. At the time of the incident it was called “random violence” but the court has found otherwise.

According to The Daily Mail:

Faust, who is black, picked out his victims based on their race, according to the indictments. The documents didn’t specify why Faust wanted to shoot white people, and police have not talked about why he picked out his targets. Earlier reports had indicated that Faust was  shooting ‘indiscriminately.’

Three of the four people wounded in the shooting suffered permanent and debilitating injuries, according to the indictments. Details of those injuries were not specified.

Faust is 23 and fits the profile of an angry young black man who listens too much to the hate around him and falls for the racial division which society breeds.

I report these stories not to make all blacks look bad. This is more so an attempt to balance the scales a little. The mainstream media doesn’t tend to sensationalize these things unless it is a white man shooting black people.

I refuse to sensationalize it because of the opposite. Reporting it and putting a racist spin on it are two different things. So if you have made it this far, let’s talk.

Let me ask you a question.

If some psychopath decides to shoot 4 innocent victims does it really matter what color their skin is?

It only does to the extent that it proves racial hatred in our society exists with some people. But would he have been a good guy if he had shot four blacks?

But at the same time we need to make it clear that whites are not the only people who occasionally commit, or are accused of, a racist crime. By the way, a lot of people still don’t seem to understand that George Zimmerman is Hispanic. 🙂