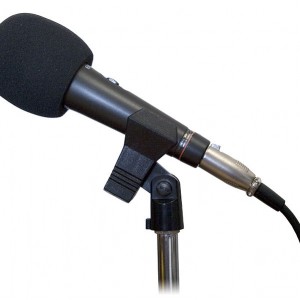 There are hundreds of formerly prosperous communities all over America that are being steadily transformed into rotting, decaying hellholes.  The good paying middle class jobs that once supported those communities are long gone, and they have been replaced with low paying service jobs if they have been replaced at all.  When you visit those communities, it is almost as if all of the hope has been sucked right out of the air.  It can be absolutely heartbreaking to look into the hollow eyes of someone that has totally given in to despair, but unfortunately the number of Americans that are giving up on the economy continues to grow.  Today, the labor participation rate is the lowest that it has been in 35 years, and more than 100 million Americans are enrolled in at least one welfare program.  It is easy to say that they should just “get a job”, but as I have written about repeatedly, our economy simply is not producing enough jobs for everyone anymore.  The percentage of working age Americans with a job has remained at the same level that it was at during the worst days of the last recession, and meanwhile the quality of our jobs has continued to steadily decline.  Median household income has fallen for five years in a row, but the cost of living continues to rise rapidly.  The middle class is being systematically shredded, and poverty is growing at an alarming rate.  The U.S. economy has been in decline for a long time, and the really bad news is that it appears that this decline is about to accelerate.

As a nation, we have accumulated the largest mountain of debt in the history of the world.  40 years ago, the total amount of debt in our system (government, business and consumer) was about 2 trillion dollars.  Today, it is more than 56 trillion dollars.

The consequences of decades of incredibly foolish decisions are starting to catch up with us, and it is those at the bottom of the food chain that will suffer the most.

I could spend the rest of this article quoting 30 or 40 more statistics that show how bad things are, but today I wanted to do something different.  Today, I wanted to share some quotes from some of my readers about what they are seeing where they live.  The following are 20 quotes from ordinary Americans about the economic despair that is rapidly growing like a cancer all around us…

“Yes, the American economy is in the pits. I know five languages, have three degrees (including two graduate degrees), and have lived overseas for 16 years and I still can’t find a job in the USA. Everything is broken in America. Maybe I should give up my American citizenship.”

“I’ve been struggling since I finished college in the summer of 2010. My dream is to work in the courts, law enforcement but it’s almost impossible to get a call back for an interview. I interviewed with Garland, Texas PD for a position in the city jail and I made the final 30 of 300 applicants that applied for the 3 positions.”

“I have two Master’s degrees, am 61 years old and earning $10 per hour. What does that say about the current economy?”

“I work for one of the banks mentioned in your article. I was in mortgages. I saw all of this coming, so several months ago I asked to get into another area of the bank and fortunately, for me, they granted by request. A lot of people are losing their jobs and there is really no prospects out there for anything else whereby the same kind of money could be made. I will make nothing near what I had been earning but am at the least grateful to be employed. This is all so sad to watch happen.”

“I used to work for WF processing mortgages. The week that the rates went up, I was out of work, not one extra week of work.”

“The U.S. economy is producing mostly part-time, low-wage jobs. These jobs barely pay enough to put food on the table.”

“What I am aware of, is every person I know, who had to switch jobs in the last five years took a pay cut. The smallest cut among my friends was 10%, the average was closer to 18%. No we are heading down a bad road, and we are past the point of no return.”

“After spending most of my life in the middle class, I now consider myself lower class due to age and income. Nothing wrong with that. I am still able to provide myself with what I need and some of my ‘wants’. I am like most retirees today.”

“As many of you already know (but maybe some new members of this blog don’t) – I live in Phoenix, Arizona. Where you live here, determines (to a great extent) your economic well being. Those in the “East Valley” – Chandler, Gilbert, Scottsdale, etc – have the jobs, the opportunities and the transportation. Those in the wealthier areas of the “West Valley” also have these benefits.

The remainder – those who live in the older west side of town, and the south side of town – are mainly forgotten and left to struggle. Many are hard working citizens who just want a chance. Unfortunately, chance costs money, in the view of many people, and as far as the municipal government is concerned, there’s no money for us. It’s cheaper to let them live in a tent in the park, where the cops at least have an excuse to evict them.”

“We are no longer the land of opportunity where anyone can make it.”

“There is no middle class here in the Florida Panhandle. Only folks who have money are the retired and they hate everyone. They own all the antique stores [big business] and most thriving businesses and restuarants. Military is big here, they spend every dime they have on stupid stuff and taxis. Tourist are way down since the spill. Now for the good news. A major food chain here is going out of business [Food World] Another is losing 20k a month to theft. Every other property it seems is up for sale. There are tons of empty real estate [store fronts] There are thrift stores opening everywhere. People are selling goods on the streets, only to be run off by the cops. Crime is getting out of hand. Most don’t go out after dark. Police are beating up the homeless at the beaches. Panhandling now is mainly younger people. Where did all the older ones go?”

“In my area which is SW Florida, it’s been getting tighter for my customers so on a case by case basis I lower my price when they need auto repairs. I still find road signs advertising homes for sale (cash only). Many are advertised as foreclosed.

I’ve started seeing people living out of their cars. It’s not a daily occurrence but I have been noticing it.”

I have been looking after the homeless now for 4 years. Last winter I had an encounter where I was told that I could not hand out blankets and sleeping bags in the dead of winter and that I would be arrested for trespassing if “me and my friends” didn’t move along.

So, I adopted the policy that I would pull up next to them, have them get in the car and we would go for a drive. I would find a place to pull over and give them what they needed then I would drop them off in a different place.

“Around where I live in the SE, things seem ok but I live in a university town. Go to some of the surrounding small towns and it is desolate. Car dealerships closed. Entire streets with abandoned stores. The only activity is a one clerk post office. I know people in our church who are a paycheck away from going over the edge or going over due to a spouse dying and losing one of their social security checks. I see grim. More homeless. A local church is feeding many more including some folks living out of their cars—lots of children. Mostly minimum wage jobs in the area. If it were not for the university and its 34,000 students, this place would look as bad as the smaller communities.”

“Here in southeast TN we have jobs, mostly part-time or low wage. Our problem these days are so many people dependent on government programs no one wants to work. They do better on programs than working partying and paying for insurance. Housing still very depressed. Seeing more homeless around and local churches straining to provide food. Crime is up and drugs, which were down, are coming back with a vengeance. Middle class here are senior citizens on SS, younger retirees not the older ones. Older ones seem to be struggling. Sad.”

Michael, I live in North Central Illinois. About 60 miles southeast of Chicago. The town we live in has about 8,000 in it. Very “middle class” farm community. Unemployment is high and so is underemployment. We know many people living off 2 part time jobs. That seems to be the norm around here. Or people taking jobs that they would never of considered in the past, just to get by. My son used to work for CAT in Aurora, but was “let go” in order to bring in new workers at a lower pay scale. It took him over a year(which really isn’t bad) to find a part time job with 3M.

“Drive around Los Angeles at 3:00 AM any day and you will see the devastating and pervasive homelessness from 8 to 80 year olds.  And the massage parlors and hookers on the streets of used to be ‘high-end’ neighborhoods are exploding. No other way to make a living.”

“A couple of years ago it was reported 9K people a night slept in their cars here in San Diego County. Special car parks are set up in some church parking lots. The cops look the other way. Wonder what the figure is now?”

“My own viewpoint is that a collapse of the current economic system is inevitable and imminent.”

“During a conversation on prepping, someone recently said to me, ‘If things get half as bad as these preppers think they will, I don’t want to be alive.’ So, how bad will things will get? Real unemployment is already at Great Depression levels (John Williams’ Shadow Statistics contradicts the BLS’ bogus figures), but when this depression deepens, I think we’ll be looking at 50% or 60% unemployment easily. Much worse than the 1930s. It will be absolute hell for millions of Americans, and when the money stops flowing down to the man on the street, the blood will flow in the streets (Gerald Celente). Lots of it.”