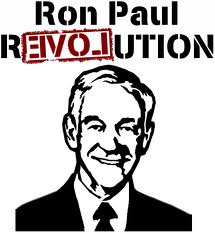 As I write this, it appears that the federal government is about to shut down because the House and Senate cannot agree on whether to add language defunding or delaying Obamacare to the “Continuing Resolution”. Despite all the hand-wringing heard in DC, a short-term government shut down (which doesn’t actually shut down the government) will not cause the country to collapse.

And the American people would benefit if Obamacare was defeated or even delayed.

Obamacare saddles the American health care system with new spending and mandates which will raise the price and lower the quality of health care. Denying funds to this program may give Congress time to replace this bill with free-market reforms that put patients and physicians back in charge of health care. Defunding the bill before it becomes implemented can spare the American people from falling under the worst effects of this law.

As heartened as we should be by the fight against Obamacare, we should be equally disheartened by the fact that so few in DC are talking about making real cuts in federal spending. Even fewer are talking about reductions in the most logical place to reduce spending: the military-industrial complex.  The US military budget constitutes almost 50 percent of the total worldwide military spending.  Yet to listen to some in Congress, one would think that America was one canceled multi-million dollar helicopter contract away from being left totally defenseless.

What makes this military spending impossible to justify is that is does not benefit the American people. Instead, by fomenting resentment and hatred among the world population, our costly interventionist foreign policy makes our people less safe. Thus, reducing spending on militarism would not only help balance the budget, but would enhance our security.

Yet both the House and the Senate continuing resolutions not only fail to reduce military spending, they actually authorize $20 billion more in military spending than authorized by the “sequestration” created by the 2011 Budget Control Act.  Most of the supposedly “draconian” sequestration cuts are not even cuts; instead, they are “reductions in the planed rate of spending.” This is where Congress increases spending but by less than originally planned—and yet they claim to cut spending.

Under sequestration, military spending increases by 18 percent instead of by 20 percent over the next ten years. Yet some so-called conservatives are so opposed to these phony cuts in military spending that they would support increased taxes and increased welfare “military” spending. This “grand bargain” would benefit the DC political class and the special interests, but it would be a disaster for the American people.

Instead of grand bargains of increased spending and taxes, those of us who support limited government and free markets should form a coalition with antiwar liberals to reduce spending on both the military industrial complex and domestic welfare programs. Instead of raising taxes on “the rich” we should also work to reduce all corporate subsidies. This “grand bargain” would truly be a win-win for the American people.

Sadly, even if a congressional coalition to cut both warfare and welfare spending was formed, it would be unlikely to carry the day as long as the Federal Reserve is willing to enable Congress’s debt addiction by monetizing the debt. But this cannot last forever. At some point the Fed’s policies will result in hyper-inflation and an economic crisis that will force Congress to reduce spending. Hopefully, the growing number of Americans who are awaking to the dangers of our current path can convince Congress to reduce overseas militarism and begin an orderly drawdown of the welfare state before this crisis occurs.

Please visit The Ron Paul Institute for Peace and Prosperity