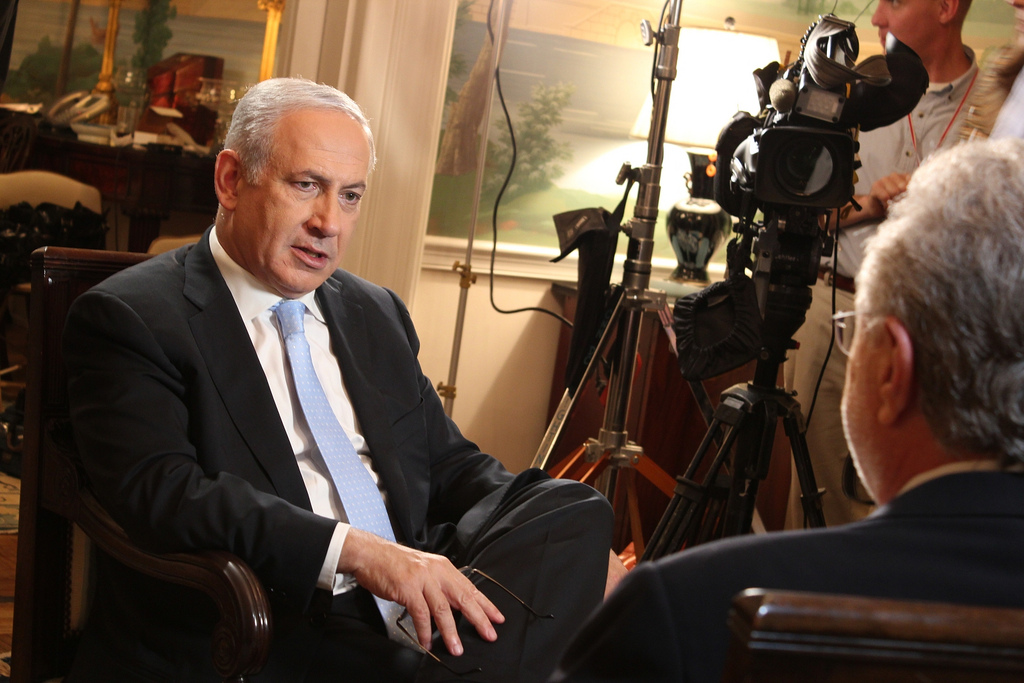 “A nuclear armed Iran would have a choke-hold on the world’s main energy supplies, it would trigger nuclear proliferation throughout the Middle East…It would make the specter of nuclear terrorism a clear and present danger.” – Benjamin Netanyahu

Blunt and to the point and most important of all…true.

Iran…either Obama gets it right in regards to US and Israeli interests or Israel will act…and act alone if need be for there is NO such thing as an Iranian moderate when it comes to their quest to NOT only become a nuclear nation, but to wipe Israel off the map in the process of doing so.

And sadly when you have a president who would rather negotiate with a terrorist regime than help in stopping a supposedly unwanted government shutdown, you know the chances of Barack HUSSEIN Obama looking out for Israel’s best interests are next to none.

“Ahmadinejad was a wolf if wolf’s clothing…Rouhani is a wolf in sheep’s clothing, ” so said Benjamin Netanyahu in his speech yesterday before the U(seless) N(ations) General Assembly…in a speech the Iranian delegation walked out on.

And those words spoken just days after what some on the left refer to as a ‘historic’ phone call between Obama and Rouhani…words that laid out a harsh reality that Barack HUSSEIN Obama and others refuse to acknowledge…a reality that all the smiles and niceties Rouhani did for the camera mean nothing…just a photo-op…something Obama knows all about.

All mean NOTHING for “President Rouhani, like the presidents who came before him, is a loyal servant of the regime,” Netanyahu said. All mean NOTHING just like Obama’s claim that the economic sanctions against Iran are the reason they are now willing to come to the bargaining table…NO absolutely NOT so as those in sheep’s clothing always have ulterior motives for coming to any bargaining table.

I wish I could believe Rouhani, but I don’t,” Netanyahu said, “Because facts are stubborn things.”

Facts like if Iran wanted nuclear power for peaceful purposes alone then how come they are test firing Inter-Continental ballistic missiles…ICBMs are built to carry nuclear weapons…Iran IS developing nuclear weapons, period.

And that is a fact whether Barack HUSSEIN Obama wants to accept it, believe it or NOT. 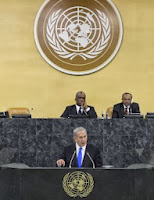 Facts like the US must join with Israel and stand strong and united in putting pressure on Iran to open up its nuclear program to inspection in order to avoid a military conflict…or another fact will indeed become reality…a reality of Israeli military action that Iran will be on the losing side of.

“To prevent war tomorrow we must be firm today,” Netanyahu said and that is a fact with NO room for compromise.

“Iran wants to be in position to rush forward and build nuclear bombs before the world can prevent it,” Netanyahu continued, warning in NO uncertain terms that Rouhani’s recent gestures towards peace are a “ruse” to get the West to close their eyes to Iran’s true intentions.

And we…the United States and the other Western nations…can NEVER close our eyes…NEVER even blink…for allowing Iran to go forward with its nuclear agenda…to enrich uranium to even a low level…would allow them to build a nuclear weapon while we foolishly looked away.

“Rouhani thinks he can have his “yellow cake” and eat it, too,” Netanyahu reiterated for that is what Rouhani wants…to fool the world with words he knows we want to hear.  And as we watch him smile sweetly he oh so slyly under his breath spews his lies about easing off uranium enrichment as he manipulates Obama into easing the economic sanctions currently in place against his country.

But in actuality the truth is that the US…the world…must intensify and increase economic sanctions on Iran instead of easing them as Rouhani demands, for since when do terrorists…since when do rogue nations…make demands on the United States…make demands that before we would  NEVER even remotely entertain…that is before we had ‘the enemy within’ at the helm of our country.

And as the man who I wish was our president continued to address the oh so U(seless) and biased N(ations)…a man of true and honorable convictions…it suddenly all fell into place for me…for the sad reality is that what Barack HUSSEIN Obama offers Israel is lip service and lip service alone for he will NOT give Israel the true support she needs for if he had Benjamin Netanyahu would NOT have given the speech he did…especially after having met with Obama on Monday.

Obama is weak…he leads from behind if he leads at all…and Netanyahu knows this as well as he knows Israel’s enemies. And Rouhani also knows Obama is weak, and is ready to use that weakness to his advantage…to use it in the hope that Obama being weak…being easily manipulated…will keep Israel in check just a wee bit  longer…just long enough to complete their nuclear weapons development.

And so Israel will go this alone because they have no choice for the US under the stewardship of Barack HUSSEIN Obama has deserted them…deserted them as is obvious in that last week Obama directed Secretary of State John ‘Swiftboat’ Kerry to work with Russia and China to pursue a deal with Iran…saying that the United States and Iran could set out on a “long road towards a different relationship.”

A different relationship that quite possibly does NOT allow for Israel to exist as a Jewish state.

But oh how wrong they will all be proven for as Benjamin Netanyahu so eloquently said, “The people of Israel have come home never to be uprooted again.”

And with God…the one true living God…on Israel’s side you just know his words are true.