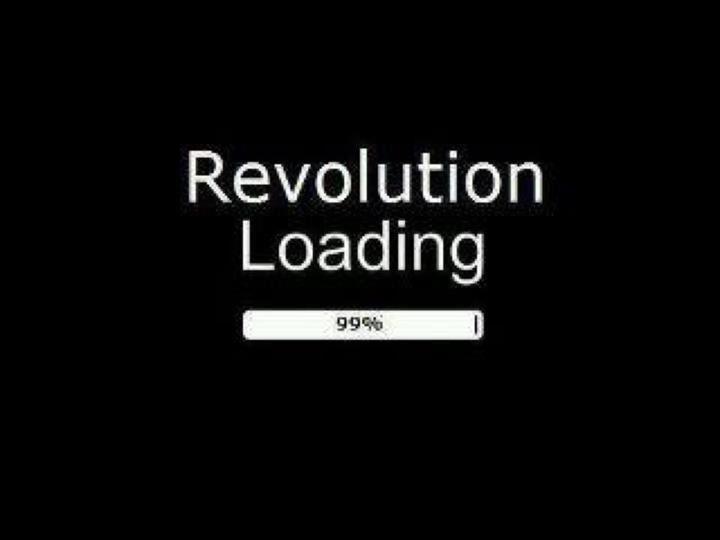 The United States federal government is so big that it can shut down and somehow no one really notices. That’s the truth. What difference did you notice yesterday? I am sure there are subtle things that we could pick out but when vital services keep running there isn’t a lot to shut down. Because our government sees everything as vital.

Yesterday we ran an article on The D.C. Clothesline written by Tim Brown. It didn’t garner much attention and it’s primarily my fault. I put a bad title on it. It happens.

But the message of the article is something that a lot of people have been waiting to hear. I can’t tell you how many times I have had conversations in which someone interjected the inevitable…

When are we going to stop talking and do something about it?

That’s a hard question to answer because no one really wants to be “that guy.” This goes for the person making the comment as well. No offense but that person isn’t telling me something like, “follow me I have a plan.” Everyone is waiting for someone else to take the lead.

Well, someone has taken the lead and in fact it’s several people that have. We all know about the Trucker’s strike that will be here very soon. It is planned for October 11-13. For those who may have missed it, you can find more information at ridefortheconstitution.org

They also have a new Facebook page, since the old one was shut down at https://www.facebook.com/ridefortheconstitution

As the truckers prepare to do their best to force their own brand of government shut down, Mr. Larry Klayman (founder of Judicial Watch) has upped the ante and is planning his own date with destiny.

In the wake of bikers roaring through the streets of DC in protest and just ahead of a planned shut down of DC by truckers, founder of Judicial Watch Larry Klayman has set a date of November 19, 2013 on which he is calling for Americans to “descend onWashington, D.C., en masse, and demand that he leave town and resign from office if he does not want to face prison time” for pushing “his Muslim, socialist, anti-Semitic, anti-Christian, anti-white, pro-illegal immigrant, pro-radical gay and lesbian agenda.”

Klayman is of course talking about Barack Obama.

We need everyone who can be there to just do it. Those who live 2000 or 3000 miles from D.C. will have to do what they can, but anyone who lives within reasonable driving distance really needs to be there.

This is what we have been waiting for. A leader has emerged and we need to back him up.

You can read Tim’s full article here if you missed it, which most probably did. But honestly I have heard all I need to. Even if I can not be there in body I will do what I can to promote this Patriot invasion of D.C., along with the trucker’s strike and anything else that gets in the face of this government.

These people are our elected servants. They are not our masters, contrary to their beliefs.

This is our time.

Klayman had me at “demand that he leave town and resign from office.” That’s all I need to hear. I support that. If you want it to be about radical gay and lesbian agendas or Islam or economic woes or whatever… I don’t care. I just want him gone. He has given us so many reasons to see him gone that the biggest argument is actually which transgression is the biggest. From his alleged fraudulent birth certificate… to the accusation/revelation from an Egyptian newspaper that Obama is a member of the Muslim Brotherhood… to anything and everything in between.

We all have our own reasons and most of them are good.

What are our options? The most talked about option seems to be impeachment after the mid-term elections. But…

…first of all can we really trust our legislators? The recent letdown on the Obamacare cloture vote was not the first time that republican legislators have let us down and I don’t think it will be the last.

Even if you feel you can trust them, what guarantee do we have that conservatives will gain a majority in the senate for 2014? If they don’t then we are exactly where we are right now. We are stuck in a place where we can impeach but can not convict. And I don’t know about you but I want him gone and a little jail time would be a nice bonus.

Even if everything works out perfectly, how much more damage can Obama do in the next year and a half?

I don’t know about you but I don’t want to count upon the popular vote of my fellow citizens to work toward taking care of business that should have been taken care of long ago. This is not a democracy but we do have democratic elections. I’d rather rely upon the laws of the republic than to roll the dice on the will of the people.

So a leader has emerged. Larry Klayman is a controversial figure but he is a fighter and he comes armed with the truth. He is reaching out to each of us and simply asking us to follow his lead.

I don’t know about you but I don’t feel like we can leave him hanging. This is something we have waited for, and whether it is immediately successful or not, it will keep the momentum going. First the bikers… then the truckers… then the ultimatum.

Make no mistake, Larry Klayman has not called for violence on November 19th, but that day could very well spark a revolution.

2014 elections are over a year away. I don’t think most people want to wait that long.

We need these traitors gone and we need to start at the very top. After Obama rolls we can go after the rest like a bull in a China shop.

A blind man throwing darts could spear a traitor within this group. Even the good guys aren’t that good. I’m getting sick of patting people on the back simply because they do their jobs. That’s what we pay them to do. They aren’t going the extra mile simply because they are part of the 2% in D.C. who are semi-honest. They are simply doing their job.

What is wrong with this picture? Does your boss come up to you every day and say, “Bob, way to run that drill press. You should be president of this company.”

Probably not. But that’s exactly what we do every day in America. We make heroes out of guys like Ted Cruz and Rand Paul and it’s not because they are extra special, although I am fond of both. It’s because they actually do their job. Since they do their job we want to make them president. Think about that and think about it hard. If only a handful of people did their jobs at your place of work it wouldn’t last long. (hint)

People, things have to change. It is not supposed to be like this.

So what’s it going to be Patriots?