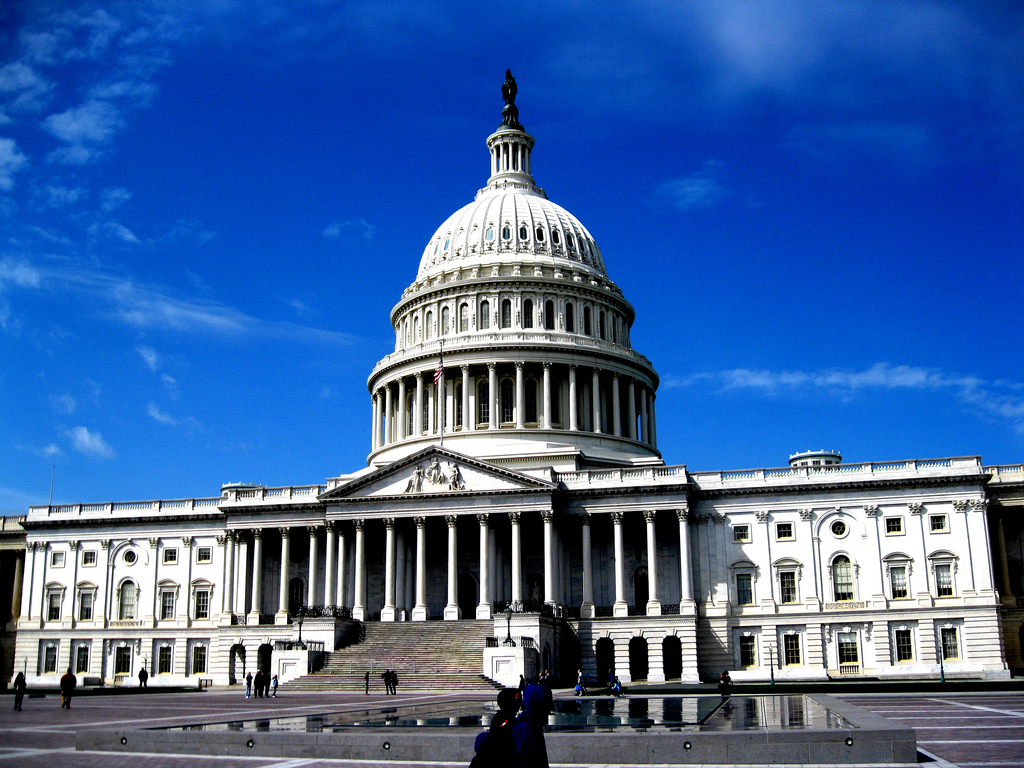 Reports are coming out that there have been shots fired at the US Capitol. According to Capitol Police officers are injured. Sirens are going off in the Capitol and people on the Hill are being told to “shelter in place.”

Officers with semi-automatic weapons were seen running for the exits on the first floor of the House side of the Capitol. Reports of shots inside were unconfirmed.

As of 2:26, the Senate floor was still open and the Senate was on the floor, but police were in the hallways, reporters on the scene said.

Two congressmen were standing on a balcony of the Capitol when they heard to burst of gunfire coming from the direction of the Rayburn Office Building.

“It was almost like two very rapid fire bursts, very loud,” said Rep. Gerry Connolly 9R-VA) who was standing alongside Rep. Matt Cartwright (D-PA). “They were clearly coming from the direction. That’s when we saw people fleeing, and we realized this was no fireworks. It sounds liked the first volley of a 21-gun salute.”

Connelly says that the sergeant-at-arms informed him that a suspect has been apprehended.

I am told shooter has been arrested. House floor activity stopped for now.

“We heard shots. They told us to get behind a car,” said Senator Sherrod Brown (D-OH).

No joke on Capitol Hill as Cops are running with machine guns as reports of shots being fired at Capitol pic.twitter.com/vdjAKkLP4y

Literally was dragged in by cop as he heard shots fired come over the radio. Now this: pic.twitter.com/K1AJwIEV6G

While a serious matter, I am interested in how Harry Reid and Barack Obama will blame this on the Republicans and the “government shutdown.” We’ll see as time goes on.

**Editor’s note: Tim told me that he will likely be adding updates throughout the day. Please check for the latest at Freedom Outpost.