Red, White and Blue paint (that is erasable by the way)… Red, White, and Blue streamers… Miniature American Flags… This was part of the Senior Class prank at Red Wing High School in Minnesota. Their prank was simply to show a little patriotism and decorate the school grounds. For this over a dozen students were suspended.

RED WING, Minn. (WCCO) – Students said they wanted to show their love for their country, but a superintendent believes it went a little too far.

The result? More than a dozen students are suspended for drawing on doors and windows and scattering small American flags outside their high school.

It took place Monday at Red Wing High School as part of Homecoming Week, but it’s a back-and-forth that’s gone on for weeks.

He’s a senior and took part in the senior “prank.”

Some seniors covered almost every window, some outside doors, even the skylight with the paint.

There’s a bit more to this red, white, and blue demonstration that dates back to last month.

When the high school didn’t mark the anniversary of 9/11 as it had in years past, Reps said he took it personally.

“I’m planning to go into the Air Force,” Reps said.

He wrote a letter to the editor of the local paper and got a petition signed by 400 students. The school then decided to always mark the day with a moment of silence.

“Whenever there’s a concern by students or parents, we hear them out,” Anderson said.

Suspended for showing a little patriotism? I think I have heard it all now. It is bad enough that God is no longer allowed in schools but how is it that American flags and American patriotism are not allowed in American schools?

This may be the most harmless Senior prank I have heard of in my life. In my day we did things that were actually a bit more destructive or at least less constructive.

So we see evidence of some good kids using the tradition of the Senior prank to show a little “love of country” and they get slapped with a major suspension for it? Keep in mind that even the paint was “erasable.” These kids meant no harm. They were simply trying to make a positive statement and for that they are suspended. Unreal.

Oh well. You know what to do. Here is Karsten Anderson’s email address:

Here is the phone number for the school:

Feel free to tell them what you think about their decision. Honestly this is one of the most harmless and actually, more so, inspirational pranks I have heard of. These kids should not be suspended. They should be commended for actually giving a damn about their country. Bryce Reps changed the school policies and to the outsider it looks personal. The school didn’t simply “forget” 9/11. One does not forget 9/11…EVER. To fail to show reverence to that day is a choice.

These kids did what they should have done. They did it tastefully and made a positive out of it. They showed a little American patriotism. I can understand making them clean it up but a suspension? Unjustified.

That’s my opinion. What’s yours? 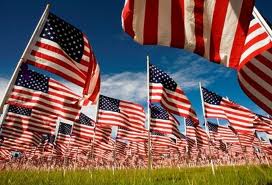