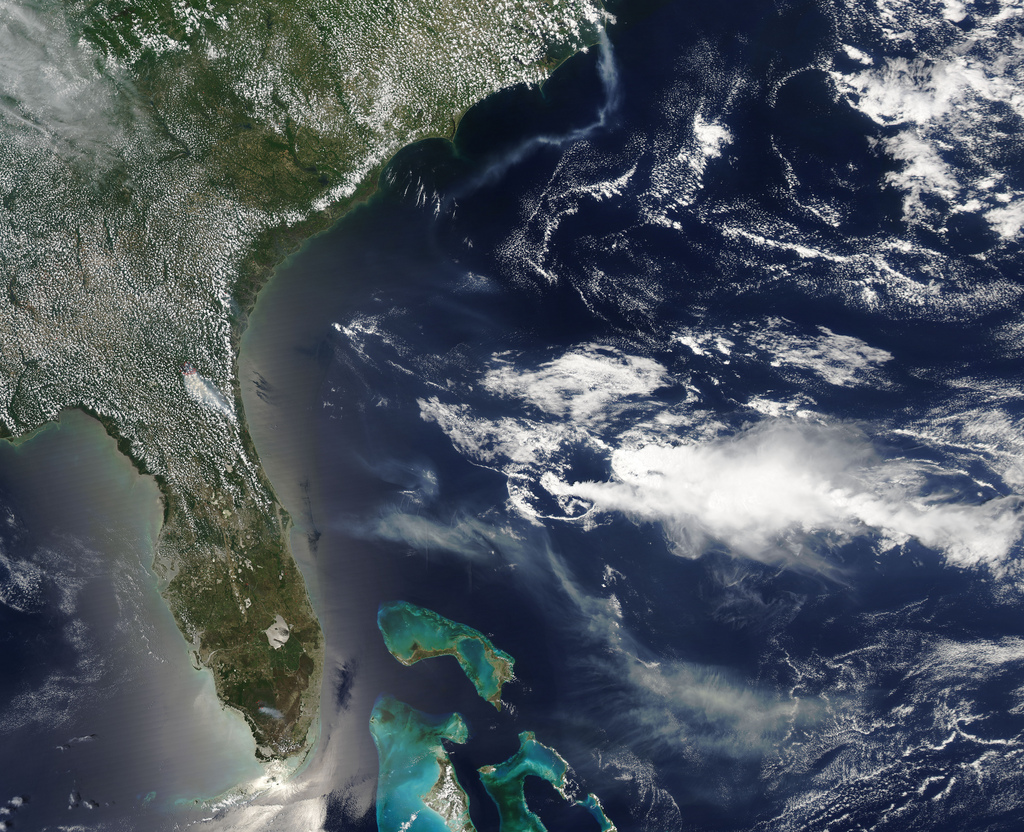 No, I’m not kidding. The Miami Herald is reporting that the Florida Bay is “closed” to charter boat captains until government funding is restored. In other words, fishing boats are prohibited from taking anglers into roughly 1,100 square-miles of open ocean. Fishing has also been prohibited at Biscayne National Park during the shutdown.

According to the Herald:

The closing affects not only fishing guides, but anyone with a license to conduct business in the park, including tour operators and paddling guides — anyone with a Commercial Use Authorization permit, said Dan Kimball, superintendent of Everglades and Dry Tortugas national parks.

Capt. Mike Makowski, owner of Blackfoot Charters in Key Largo, estimates this eliminates 60 percent to 70 percent of his hunting grounds.

“This is going to put a lot of guys together in a small area close to the park,” Makowski said. “It’s going to be even worse on the weekend when we’re going to have to compete with the recreational anglers.”

However, no need to worry about those Park Rangers. Mike Flynn writes, “The Park Service will also have rangers on duty to police the ban… of access to an ocean. The government will probably use more personnel and spend more resources to attempt to close the ocean, than it would in its normal course of business.”

So let’s see, close down a section of ocean because of a government shutdown that can’t afford to fund it, but interestingly enough, can afford to fund some Park Rangers to police the ban. Yeah, I don’t get it. It’s insanity!

However, it isn’t just this. It’s the ridiculous measures of closing down the WWII Memorial and kicking veterans out of the Vietnam Memorial.

Furthermore, the Washington Times reports on the cheap tricks being played by the Obama administration, using the Park Service to do their dirty work.

President Obama is not a bad poker player, but the man with all the chips always starts with the advantage (and he gets all the aces). He has closed Washington down as tight as he dares, emphasizing the trivial and the petty in making life as inconvenient as he can for the greatest number. It’s all in a noble cause, of course. Access to most of the memorials is limited, and often in curious ways. The Lincoln Memorial is easy to reach, with the streets around it remaining open. But the Martin Luther King Memorial is made difficult to reach, relegating it, you might say, to the back of the bus. Not very nice.

The Park Service appears to be closing streets on mere whim and caprice. The rangers even closed the parking lot at Mount Vernon, where the plantation home of George Washington is a favorite tourist destination. That was after they barred the new World War II Memorial on the Mall to veterans of World War II. But the government does not own Mount Vernon; it is privately owned by the Mount Vernon Ladies’ Association. The ladies bought it years ago to preserve it as a national memorial. The feds closed access to the parking lots this week, even though the lots are jointly owned with the Mount Vernon ladies. The rangers are from the government, and they’re only here to help.

“It’s a cheap way to deal with the situation,” an angry Park Service ranger in Washington says of the harassment. “We’ve been told to make life as difficult for people as we can. It’s disgusting.”

Considering all of this, along with recent revelations about the Obama administration giving a stand down order to Border Patrol agents, it does make me wonder if our founding fathers, were they alive today, would immediately take up arms and march on Washington DC in mass and completely abolish the federal government and toss the treasonous man in the White House out, try him and hang him. I seriously think they would, though I grant I could be wrong. I suspect that things are shaping up now and that midnight is much closer than most people think it is. As my friends in the comments section always say, “Keep your powder dry.”