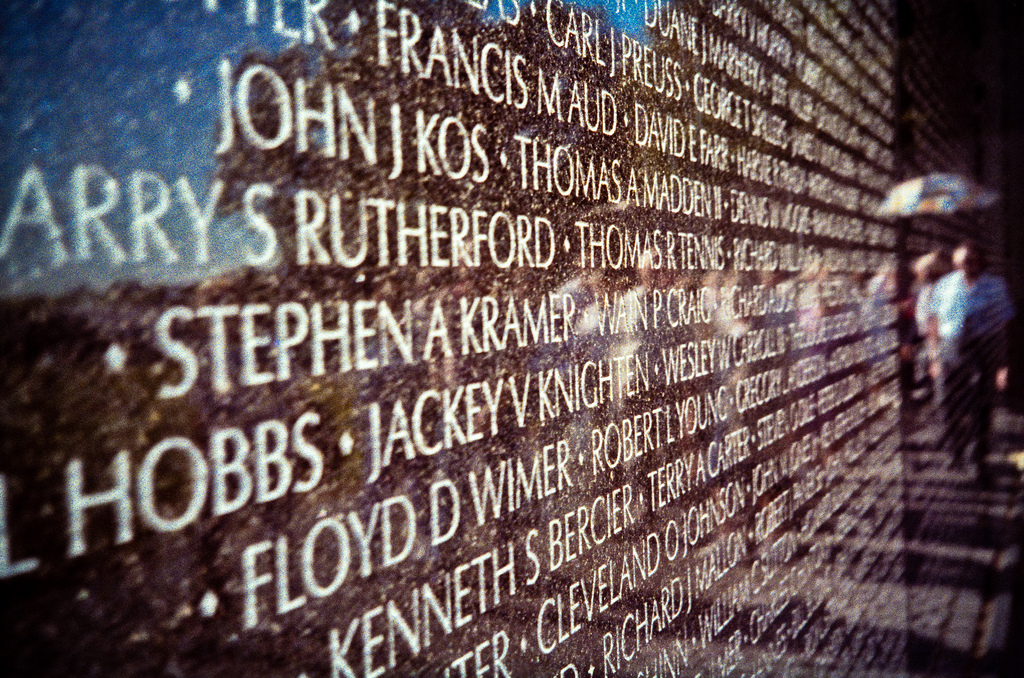 The Obama administration continue their dirty political tricks and we are more than happy to expose them. Today, DC Police were ordered to remove tourists and Vietnam War veterans who were visiting the Vietnam Veterans Memorial Wall on Friday.

After one group of veterans went around the barricade, “the park ranger told them the wall was closed, “NBC’s Mark Seagraves reported. “Later another group of vets showed up and moved the barricades. At that point, the memorial filled with vets and tourists. That’s when police came and moved everyone out.”

The Vietnam Veterans Memorial Wall is a black granite outdoor wall on which the names of the 58,272 service members who died or were unaccounted for during the Vietnam war are inscribed.

It takes more manpower and costs the government more money to close down an outdoor wall than to let people walk past it and pay their respects.

It seems that Barack Obama is merely playing political games with the memory of our veterans. It is shameful! It is a disgrace! It demonstrates the real underlying nature and heart of this man. He is no president. He is a usurper, a godless usurper. He cares nothing for America or those who have served her faithfully.

A memorial that requires absolutely no security is now being given special security, in what we are told is a government shutdown. As John McCormack commented, “It takes more manpower and costs the government more money to close down an outdoor wall than to let people walk past it and pay their respects.”

That’s just it though, isn’t it? Obama’s actions aren’t about what is frugal or best for the American people. It’s about how bad he can make things look for political gain. I’m guessing there are plenty of Vietnam veterans with some fight still left in them to take on the Marxist-in-chief. After all, Barack Obama represents everything those WWII veterans and the Vietnam veterans fought against

Like the hundreds of World War II veterans who came to National Mall to pay their respects this week, a group of Vietnam veterans found a barricade blocking the way to their memorial Friday. News4’s Mark Segraves said two U.S. Park Service Rangers manning the gate asked that the group respect the government’s shutdown but moved aside.

Segraves described the exchange as pleasant and respectful.

The veterans then moved the barricade and walked down to the wall to pay their respects. But a flood of tourists followed even though the memorial is closed to the general public.

“The consensus among the group of Vietnam veterans was we’re going to go anyway. We’ll go through the barricade,” North Carolina resident Reid Mendenhall said.

U.S. Park Police arrive to the scene, asked everyone to leave and put the barricade back into place.

Congressman Randy Neugebauer (R-TX) told this US Park Service Ranger and told her that the USPS should be ashamed of themselves for turning the veterans away. Neugebauer’s comments came on Wednesday regarding the WWII Memorial, but I think the same thing applies to the Vietnam Memorial as well.

The thing about this is, as I’ve pointed out before, under the government shutdown during the 1990’s, not one of these memorials was closed. This is not only political friends, this is personal, and Barack Obama is shoving the noses of our veterans in it. Even worse, as John DeMayo points out, behind the scenes Obama and his thugs are inciting government employees against the people. What will our next course of action be?