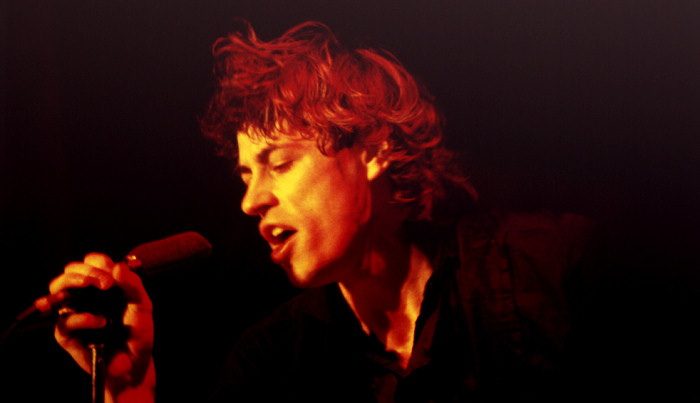 This is not news but I feel like printing it just because it’s not. What?

I want to use a guy that I used to idolize as an example of how dumb we are as humans. Are you familiar with a guy named Bob Geldof? Well he was the lead singer of an obscure band called “The Boomtown Rats” many years ago. But his bigger claim to fame is certainly playing the lead role in the Pink Floyd rockumentary known as The Wall. He was also the organizer of Live Aid. Anyone who pulls together a big concert for starving people is a good guy, but that doesn’t mean he’s a smart guy. He sounds like a token liberal to me. But he’s much more than that…

Evidently, somewhere along the way, he was bestowed the exclusive honor of knighthood which seems to be given to just about anyone who qualifies for Betty Ford Center preferred customer discounts.

So I was reading through some weekend news stories and The Drudge Report picked up a story about “Sir” Bob Geldof and his end of world predictions. I’m going to need to see some statistics on past Geldof predictions before I buy into this one.

The musician-turned-activist reckons the world will end in 2030 – leading to the extinction of humankind.

Sir Bob, 61, based his miserable prediction on the effects of climate change.“The world can decide in a fit of madness to kill itself,” he told a group of youngsters at a summit in Johannesburg, South Africa.

The former Boomtown Rats singer also warned “the next war will not be a World War One or a World War Two, it will be the end.”

He added: “We may not get to 2030. We need to address the problem of climate change urgently.”Sir Bob is best-known for his attempts in helping to fight famine in Africa, staging Live Aid at Wembley Stadium in 1985.

He finished his speech by apologising for being “bloody miserable”, but added: “just get on with it.”

That’s just great. Let this guy talk to the kids. Hopefully the kids are smart enough to see through his BS.

Millions of burnt out Pink Floyd worshippers all over the planet have just gone into their “end of days” plan, however. If you notice problems in the supply of weed in your town it is simply because smart stoners are stocking up. Why not? The world is going to end in 13 years anyway. Geldof has proclaimed it. And he’s a knight!

What in the hell is wrong with people?

If you or I predict the world will end is it news? Of course not.

It is our opinion and even if we had evidence to back it up it is doubtful anyone would listen.

Here’s the thing about Geldof and a bunch of other burnouts. They never let their mind return to its God-given state. They are still “out there.” The funniest thing happens when you let loose of some old habits. You begin to see the world the way it really is rather than through delusional spectacles of the paranoid. Some people never grow up.

There is plenty to worry about that is real. This is not one of those things.

The UN Prepares to Expose the Global Warming LIE

It was all a lie. These people are still using data that the scientists have now admitted was faulty.

I think we idolize the wrong people in society. The truth is that we shouldn’t idolize anyone and we certainly shouldn’t take the word of Bob Geldof on climate change.

When Oprah endorsed Barack Obama for president it swayed a lot of votes in this country.

When Clint Eastwood stood tall for Republicans it influenced a lot of people as well.

Neither Oprah nor Clint Eastwood have been knighted. That is simply preposterous.

For anyone who knows anything about the story of “The Wall” it is really quite funny that Geldof has become one of the lock-stepping marxists that he tries to escape in the movie.

I catch a lot of grief for my stance on drugs and alcohol but people prove me right every single day. Sometimes it is wise to sober up and look at the world as is really is. You have every right to stay in that state for the rest of your life if you would like, but don’t expect me to respect your opinions when they come from fantasy land.

People need to understand the impact of environmental fanatics. This is part of something called Agenda 21 and we ran a special article from syndicated columnist Susan Boskey that talked about this very thing yesterday.

Bob Geldof is a useful idiot and he doesn’t even know it. He thinks he is saving the world and he is simply pushing an evil agenda.

Conservatives catch a lot of flack because our opponents say we do not care about the environment. Nothing could be further from the truth. This is our home. We simply don’t feel the need to make up lies about global warming while pushing an agenda set forth by some really bad people.

There was a day that I would have been right there with him, but sometimes you have to grow up.