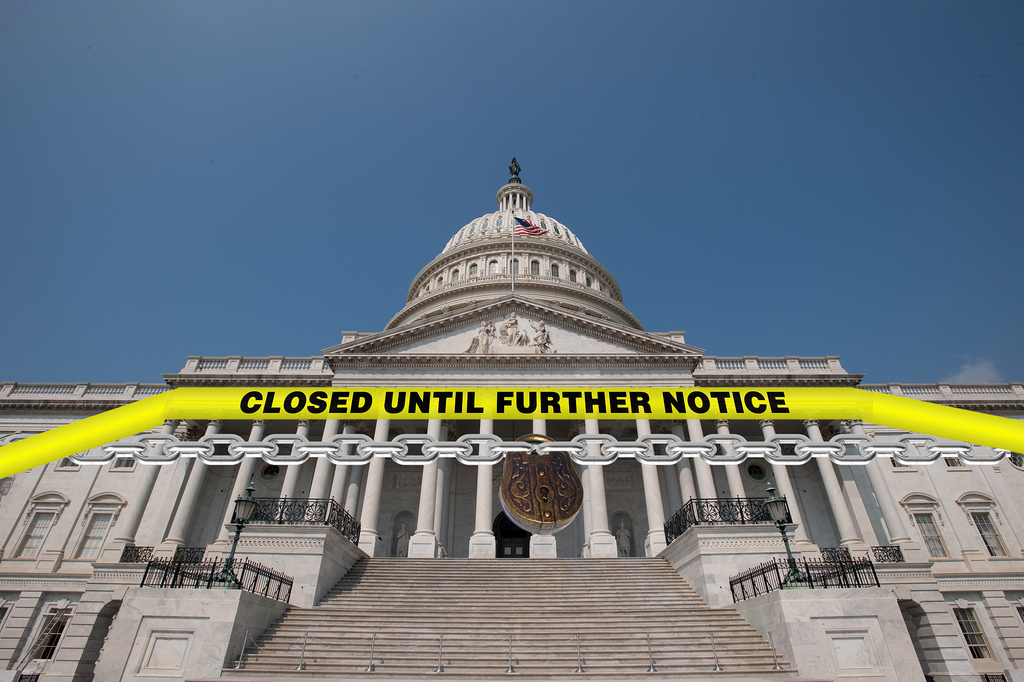 The Obama administration doesn’t care how long the partial government shutdown takes place, after all, from their vantage point they believe they are winning. However, it’s their hypocrisy that amazes me. They want to blame something that they don’t mind taking place on their political opponents.

According to the Wall Street Journal:

Said a senior administration official: “We are winning…It doesn’t really matter to us” how long the shutdown lasts “because what matters is the end result.” White House allies, however, say a long shutdown could make the White House’s position less tenable. Mr. Obama is the most visible symbol of the U.S. government, they say, and will inevitably share in the blame as hardships mount and people weary of the infighting. Already, the shutdown has produced images of inconvenience, lost pay, and disruptions in wedding and vacation plans. The Republican National Committee has offered to cover the cost of keeping open the World War II memorial for the next month after a group of veterans toured the site even though it was closed due to the shutdown. “To the extent that any blame washes onto the Democrats and the president, it’s going to be from the sense that this town is just completely dysfunctional and it’s everybody’s fault,” said Matt Bennett, senior vice president of Third Way, a center-left think tank.

Both Senators Rand Paul (R-KY) and Mitch McConnell (R-KY) have said that democrats are only hurting themselves by refusing to negotiate, and I believe they are correct.

Polls indicate that the people are placing the blame for the shutdown on Obama and company more than on the GOP and Democrats know it.

Charles Krauthammer really put things into perspective in an op-ed piece for the Washington Post:

President Obama indignantly insists that GOP attempts to abolish or amend Obamacare are unseemly because it is “settled” law, having passed both houses of Congress, obtained his signature and passed muster with the Supreme Court. Yes, settledness makes for a strong argument — except from a president whose administration has unilaterally changed Obamacare five times after its passage, including, most brazenly, a year-long suspension of the employer mandate…The mainstream media have been fairly unanimous in blaming the government shutdown on the GOP. Accordingly, House Republicans presented three bills to restore funding to national parks, veterans and the District of Columbia government. Democrats voted down all three. (For procedural reasons, the measures required a two-thirds majority.) Senate Majority Leader Harry Reid won’t even consider these refunding measures. And the White House has promised a presidential veto. The reason is obvious: to prolong the pain and thus add to the political advantage gained from a shutdown blamed on the GOP.

While both sides blame the other, the reality is that only one side has sought to negotiate and compromise, which honestly even I question. My thought has always been that if you believe in your principles, then why compromise them? The Democrats and Barack Obama believe in their delusional misguided principles. With that said, I would love to see the Obama administration bend in this matter.

The one thing this does expose though is the White House’s hypocrisy on the government shutdown issue. On the one hand they think it’s great for them. On the other hand they are more than happy to vilify their political opponents for it. Yes, liberalism is a mental disorder, as evidenced by this little scenario.