This is beyond tyrannical. What you are about to read and even view is actually taking place due to the Obama administration’s actions regarding the government shutdown. People are actually being removed by Obama’s Park Services officials from their homes, which they own outright, and not allowed back in until the government shutdown ends.

This is taking place in homes surrounding Lake Mead in Nevada because they sit on federal land.

Joyce Spencer is 77-years-old and her husband Ralph is 80. They’ve been spending most of their time in the family ice cream store since going home isn’t an option.

The Spencers never expected to be forced out of their Lake Mead home, which they’ve owned since the 70s, but on Thursday, a park ranger said they had 24 hours to get out.

“I had to go to town today and buy Ralph undershirts and jeans because I forgot his pants,” Joyce Spencer told Action News.

The Stewart’s Point home sits on federal land, so even though the Spencers own their cabin outright, they’re not allowed in until the government reopens.

So why can’t they return to the home they own? According to Spencer, she was told by Park Services they couldn’t re-enter because services could not be provided. Anyone else seeing a real problem with that excuse? Why do Parks services need to be on hand for these people to live in their homes? In addition, I ask, why are these people building on “federal land”? That seems downright silly to me.

According to a statement that was issued to KTNV, Park officials said that owners (apparently that doesn’t mean anything) can only go to their homes to retrieve belongings, but “Unfortunately overnight stays are not permitted until a budget is passed and the park can reopen.”

Does that clear up anything for anyone else? It doesn’t for me. In fact, it makes their claim even more ridiculous. In other words, they will allow people in their homes to get their belongings, even though they are not “providing services,” but they won’t let them spend the night.

The Spencers are just one family who has been forced to find alternate places to live because of the Marxist-in-chief’s tyrannical orders, which in my opinion, should be summarily ignored by the Parks Services in this matter.

In either case, the Spencers believe as I do, it’s their property, and they should be allowed in whether the government shutdown is going on or not. It should not even be an issue here.

I’ll also add this little note. The federal government controls far too much land in the United States. It has absolutely no need to own the amount of land it does. This is just one instance among many, including trying to control who goes in an 1,100 square mile section of ocean off the Florida coast, in which the federal government is demonstrating tyranny.

Nevada isn’t the only place this is happening. Citizen Times reports:

Police blocked the entrances to the privately run Pisgah Inn on the Blue Ridge Parkway on Friday to end a showdown over the federal shutdown that started when the business opened for lunch against government orders.

Inn managers had decided to close after initially saying the business would defy the Thursday deadline to shut down.

Business owner Bruce O’Connell said he thought about it overnight and decided to make a stand, after all, on Friday. He leases the building from the National Park Service, a business he has had for 35 years.

“Conscience, conviction. That’s about it,” he said of the decision to open at noon.

A handful of guests had lunch before park service police blocked the driveways to the inn with patrol cars and orange flashing lights. They turned customers away, saying the government was closed.

The government is closed? What does that have to do with an Inn? Does the federal government own the Pisgah Inn? This Inn has been booked solid for October. I’m thinking more money is being spent to close things down than they are being kept open, and it’s on purpose.

John DeMayo pointed out how Barack Obama’s internal email tried to incite government employees against conservatives because of the shutdown. I have news for them, you all work for us, the people. We don’t work for you. Barack Obama is pushing and pushing and his desire is to incite an insurrection of law abiding Americans. Why else would he be placing orange cones to keep people from passing on roads they have already paid for to see Mount Rushmore?

In fact, when it comes to federal land, since the federal government is our creature, couldn’t we say that federal land is the people’s land? Since when does it take any money to simply leave land open? Last time I checked it didn’t, but this is Barack Obama’s administration and it’s following the Alinsky playbook, caring nothing for America, her Constitution or her people. 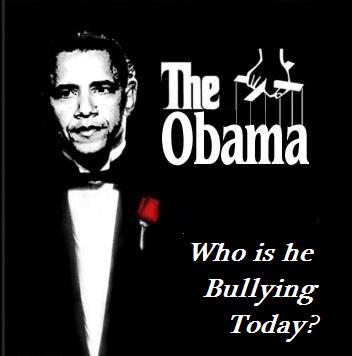