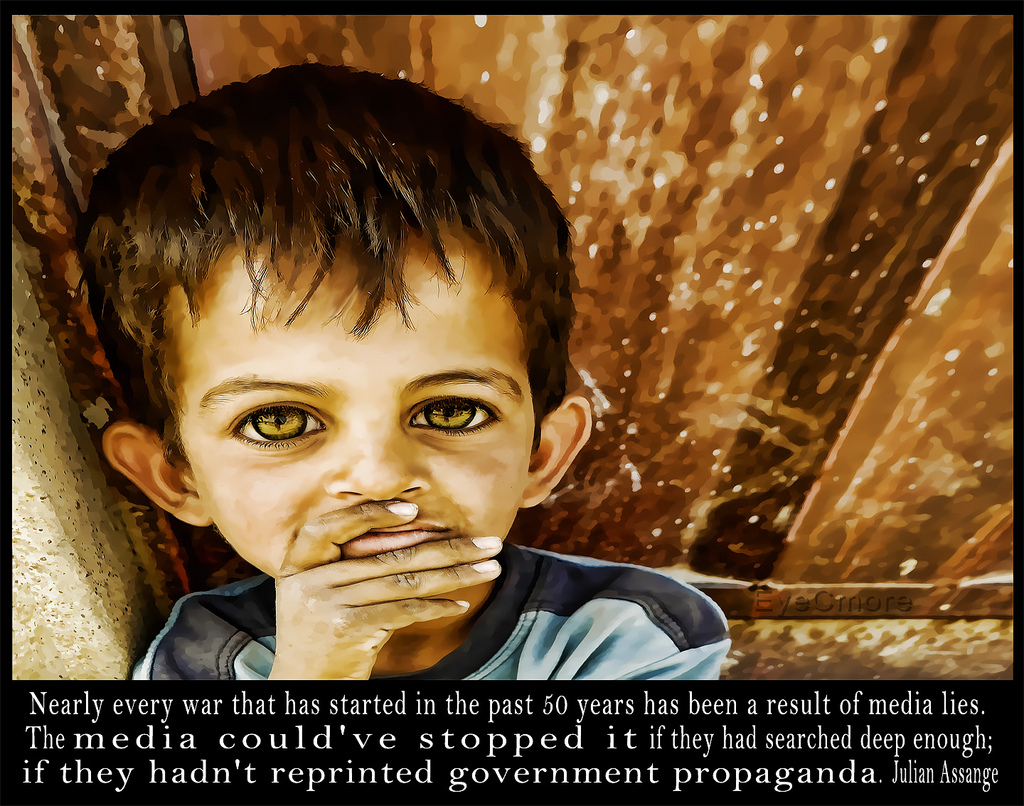 -Excerpt from a list of 45 goals of the Communist Takeover of America. From “The Naked Communist” by Cleon Skousen. Entered into Congressional Record in 1963.

When you talk about the New World Order a lot of people immediately tune out. Their heads are filled with the thought of conspiracy theorists, secret societies and maybe even a few reptilians. There is truth and then there is fantasy.

I am not a believer in any reptilian super race.

I do not claim to be an expert on The Illuminati.

I can’t tell you what they discuss at Bilderberg.

What I do know is what I can see, hear, feel, smell and taste. In this case I see what is happening right before my eyes. The Naked Communist went through a playbook of things that were necessary for the takeover of America. But the takeover of America was small potatoes compared to what we can clearly see happening. Major media outlets all over the world have proven to be corrupt.

On July 13th Pamela Geller reported that Al Jazeera reporters were leaving the Egyptian affiliate and making claims that they were forced to take a Pro-Muslim Brotherhood stance in their reporting:

At least 22 staffers at the Al Jazeera network in Egypt quit in protest of the network’s coverage of events in Egypt. Al Jazeera is a Qatari-owned company. It’s based in Doha, Qatar. The journalists claim that the network’s management made them take a pro-Muslim Brotherhood stance on air during the military coup last week in Cairo.

Jihad murder mastermind Anwar al-Awlaki has praised Al Jazeera, and several years ago one of its most prominent reporters was arrested on terror charges. Al Jazeera also has for years been the recipient of numerous al-Qaida videos featuring Osama bin Laden, Ayman al-Zawahiri and American traitor Adam Gadahn. Yet they never seem to be able to trace where these videos are coming from. They have repeatedly been set up at the point of attack right before a bomb went off, so that they could take the picture of the slaughtered, dismembered bodies.

Can you say government agenda? What we need to understand is that the blood of a lot of Egyptians falls directly on the hands of those reporters who simply did what they were told and kept advancing the Morsi agenda. In the end they made the right decision but it should have never gone that far.

On September 4th I reported that CNN had been caught faking war footage again. This was not the first time:

(via Friends of Syria)

The primary “witness” that the mainstream media is using as a source in Syria has been caught staging fake news segments.  Recent video evidence proves that “Syria Danny”, the supposed activist who has been begging for military intervention on CNN, is really just a paid actor and a liar.

While Assad is definitely a tyrant like any head of state, a US invasion of the country is a worst case scenario for the people living there.

The following video shows him contradicting himself while off air, and even asking crew members to “get the gunfire sounds ready” for his video conference with Anderson Cooper on CNN.

When I released that article I was absolutely dumbfounded that some people claimed that this video proved nothing. Come on? The guy asks for the gun fire sounds to be started on his signal.

So yet again, we see a major worldwide media source that is obviously advancing a government agenda. In this case the agenda is war in Syria.

It seems like there may have been a fake media push for war in Syria “across the pond” as well. Yesterday, Paul Joseph Watson reported that the BBC had also contrived some fake Syria footage:

A video of a BBC interview with a doctor in Syria in the aftermath of a napalm-style attack appears to have been artificially dubbed to falsely make reference to the incident being a “chemical weapons” attack, a clip that represents “a stunning bit of fakery,” according to former UK Ambassador Craig Murray.

The news report was first released on August 29, just days before an attack on Syria seemed inevitable, and served to further the narrative that military action was necessary to halt atrocities being committed by President Bashar Al-Assad’s forces.

The first clip is from the original interview with British medic Dr Rola Hallam, from the Hand in Hand for Syria charity. She states;

really sure, maybe napalm, something similar to that..”

However, in the second clip, which is from the exact same interview, her words are slightly altered.

weapon, I’m not really sure..”

The second clip seems to have been artificially dubbed to characterize the event as a “chemical weapon” attack rather than an incendiary bomb attack. Hallam’s mouth is hidden by a mask, making the dub impossible to detect without referring to the original clip.

The clip has sparked frenzied analysis by numerous Internet users, who point out that the background noise in the clip that uses the “chemical weapon” quote is different from the original. The BBC has been asked to explain the discrepancy but has so far not responded.

“I suspect the motive in this instance and others by the BBC are propaganda intended to affect public opinion in the UK in such a way as to congregate support and underpin an offensive against the Syrian government,” writes one user who closely analyzed the audio.

Within two hours of the Infowars story being released, the BBC had filed a copyright complaint with YouTube and had the video removed. Watson (or whoever edits his stories) had to scramble to put up a new version of the video that was not hosted by YouTube. The BBC refused to answer questions and attempted to make the video disappear.

So why were the Doctor’s words changed?

Was the BBC doing the dirty work of a government that wants war in Syria?

I think you know what I think. I believe that there is a global agenda at play and media sources are simply puppets. I don’t know where the trail leads and do not care.

Whoever pulls the strings does not necessarily matter because if we think it is Barack Obama and David Cameron I think that may be a bit naive. There are some things I may never know but I believe that Obama and Cameron are puppets as well.

We see things every day to prove that there are agendas at play. If you want to do some further research you might look into former CNN reporter Amber Lyon. Do YouTube searches for Anderson Cooper (multiple offenses for faking news) and look for the Gulf War CNN coverage with Charles Jaco.

There is enough evidence out there, if you will simply open your eyes, to prove that the media is not only corrupt, but unequivocally evil.

God help anyone who believes anything they see on the news. You and I are the media. We are the only defense against the lies that are spreading like a global virus.

Please take that responsibility seriously. If we are not educating our fellow man then someone at CNN, Al Jazeera or the BBC probably is.

It’s us against the world my friends. I still have belief that we can win but it will take everything we can give, and then we will have to give some more.

Our battle for freedom goes beyond the borders of America. The whole free world shares in this fight.

You cling to your mainstream media and I will take my chances with my God and my guns.

In the end I am going to need both.