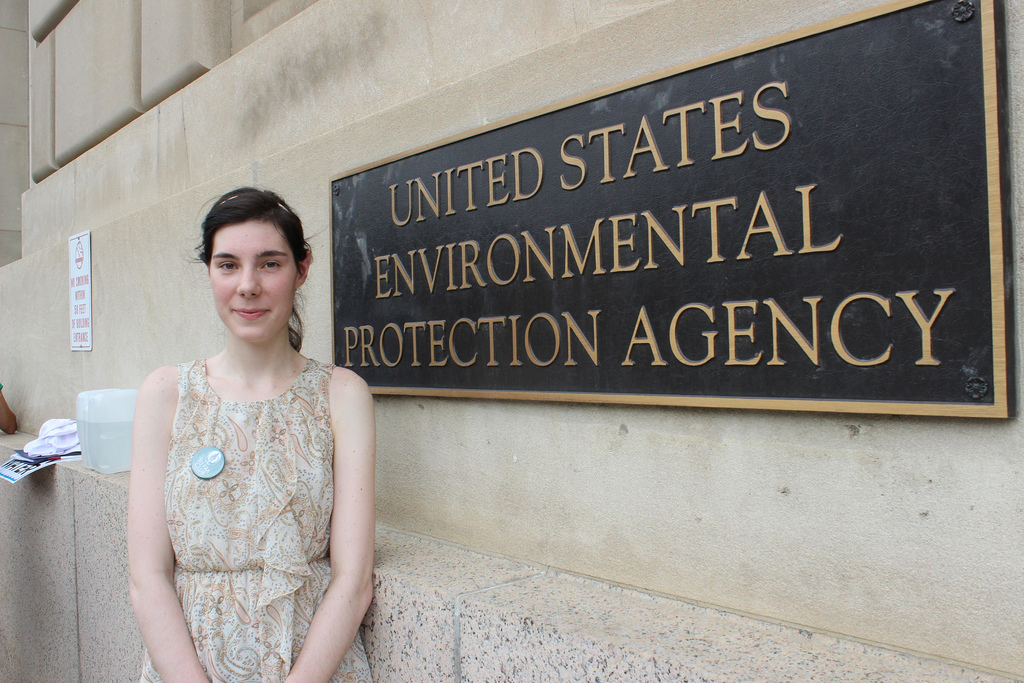 I can’t really mourn too much that the Food and Drug Administration and the Environmental Protection Agency are unable to continue wreaking regulatory havoc on the little guys due to the government shutdown.  In fact, I think a celebration just might be in order.  This could be a good chance for folks to see how unnecessary the intervention of  the government is in running the minute details of our everyday lives.

94% of the employees of the EPA have been sent home and 45% of the FDA workers have followed them. The mainstream media is on the case, telling readers about the potential deadly consequences of the restrictions being put on these agencies.

In the case of the EPA, staff will not be out there protecting the country from greenhouse gases or inspecting landfills.

Employees are barred from checking government email, using government-issued cellphones during the furlough, or catching up on any of their work for the duration of the shutdown.

EPA officials had warned earlier that a shutdown could hurt Obama’s climate change agenda. The agency was about to roll out new rules for promoting the use of biofuels, and tougher penalties against polluters.

The EPA was also working to set the first limits on carbon pollution from power plants – the pillar of Obama’s climate change agenda.

EPA officials said there would be growing risk to public health if the shutdown lasted beyond a few days.

“It’s like most of the other agencies. In the short term, the impact may not be terribly big, but over the long term, there is a cost to the work not getting done,” said Jonathan Schweitzer, an environmental engineer at the agency and a veteran of the 1990s shutdown. (source)

It’s hard to get too worried about the loss of an agency that only worries about public health and safety when it fits into a monetary agenda for the biggest spenders.  For example, when radiation from Fukushima began to sweep the Western Coast of the US, the EPA responded by trying to convince us that it really wasn’t that big of a deal.

The EPA is right on top of things with their response, of course. First, they promptly closed down 8 of 18 radiation measuring stations in the hardest hit area, California.  Then, to further calm the good people of the nation, the EPA magically changed the numbers.  They’ve raised the amount of radiation that we can safely absorb and ingest.  It wouldn’t do for the large factory farms to be unable to sell their tainted produce or for the huge dairies to be stuck with all that radioactive milk.

The radiation in our food supply is of so little concern to the EPA that they’ve actually begun to tell us that a little bit of radiation is good for us. According to a report citing the EPA, a bit of radiation can prevent cancer, instead of causing it.

Since our minds can be at ease now, the EPA has decided that they are no longer planning to monitor the radiation levels in our food supply.  They will return to their previous practice of only monitoring random samples every three months.  Yep.  Really.  The Environmental Protection Agency of the United States is no longer monitoring radiation levels in our food and water supplies as of April 14th.  That will definitely keep them from getting those inconveniently high readings that might affect Big Agri’s prosperity. (source)

The EPA, always a friend of Big Agri, has also recently upped the allowable amount of glyphosate, Monsanto’s favorite herbicide that only causes toxicity and death.  They have also staged a jihad on self-sufficiency, with woodstove regulations being implemented that restrict the type of appliance that can be purchased.

One controversy after another can be attributed to the EPA, an agency charged with protecting the air we breathe, the soil in which we grow our food and the water that we drink.  At the bottom of each of those controversies can be found ties to the conspiracies of the big businesses that really run the country.  Decisions are being auctioned off to industry lobbyists with the most money and influence.

Environmental protection is only the rule of thumb if it goes along with Agenda 21 – the EPA is all over the green agenda in cases that benefit the redistribution of wealth, but the agency completely ignores blatant crimes against the earth if it involves fracking for the benefit of a natural gas company.

The FDA is another corrupt agency that does more harm that good, although you wouldn’t know it to hear the mainstream media spread the fear about the ramifications of the shutdown – to hear them talk about it, we will all be subject to death by food poisoning in a matter of days due to the fact that random food facility inspections will not be occuring.

“…The threat of random government inspections keeps food producers vigilant. If they know the FDA is unlikely to pop in unannounced for a few weeks, they may be more likely to cut corners on food safety.

For this reason, food safety advocates called on Congress to end the government shutdown as soon as possible, or, barring that, to fund food safety programs with a separate bill.

“Speaker Boehner should not let food safety and other vital government functions be held hostage just because an extreme faction in his caucus opposes the health care reform law,” Caroline Smith deWaal, head of food safety at the Center for Science for Public Interest, said in a statement. “The government’s food safety functions are far more pressing than the unrealistic demands being made by petulant extremists in the House.” (source)

Of course, the article doesn’t mention the small dairies, family farms, and health food stores that get SWAT-teamed by the FDA.  Those folks might be very happy for a little reprieve from the people that believe organic peanut butter and raw milk are deadly threats requiring intervention from weapon-wielding men in body armor, but injecting poison vaccines into your little baby and consuming neurotoxic artificial sweeteners is A-Okay.

The FDA keeps adding “food safety” requirements to small organic farms while doing nothing about the factory farms’ abundant use of pesticides and toxins.

The FDA pushed the Food Safety Modernization Act which could eventually shut down farmer’s markets across the country. According to the National Sustainable Agriculture Coalition (NSAC), “The regulations could erect new barriers to these important markets for small and mid-scale farmers unable to bear the expense of compliance.”

With all of these new (time-consuming and pricey) legislations that farmers must adhere to, the price of local organic produce is skyrocketing, making the product unaffordable for most Americans.  This, in turn, reduces competition for the huge factory farms and their GMO-tainted, chemical-sprayed products, allowing a huge profit at the end of the day for Big Agri.

The FDA wants to be in control of ALL things ingested by the American people. The FDA is simply an enforcing tentacle of the big business organized crime syndicate that actually runs the United States, and is thus complicit in the plans of the New World Order.

The FDA can overlook the horrible side effects and suicides caused by anti-depressant pharmaceuticals while attempting to ban the sale of St. John’s Wort, a remedy that has been used successfully for hundreds of years.

The FDA can bypass the deadly e-coli outbreaks occurring in massive factory farms where the animals are squeezed in so compactly that they can’t turn around, but they want to prosecute an organic farmer for using manure as compost.

The FDA can cheerfully tell the American people, “Don’t worry, there’s nothing to see here”  with regard to the ever-rising radiation levels in milk but they want to raid the dairies of an Amish man who sells milk right from the cow, as it has been consumed for centuries.

The FDA wholeheartedly supports genetic modification of our crops and livestock.  The FDA endorses additives and preservatives.  The FDA promotes chemical pharmaceuticals over gentle natural remedies.

The FDA is completely and irrevocably corrupted.  The mission of the FDA was to protect the citizenry from the greed of the big corporations, but now the department is nothing more than arm of business. Not only do FDA bigwigs benefit from the corporations whose agendas they push, we pay them to do it – as taxpayers, we are paying for the FDA to sell our health to the highest bidder, regardless of the consequences. (source)

These regulatory agencies are weapons of control and not the benevolent protectors that they try to portray themselves to be.

The shutdown is being touted as a bad thing but it sounds to me like this may just be a silver lining to the cloud of financial despair hanging over America.