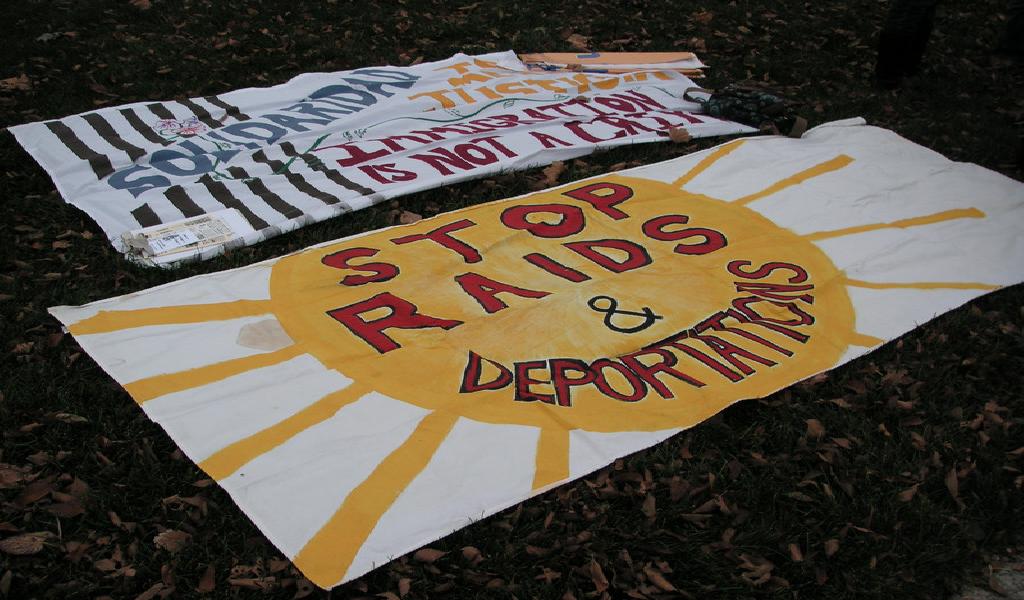 Last week, Barack Obama did a disgraceful thing in barricading the World War II Memorial and then later forcing Vietnam Veterans from the Vietnam Memorial. Senate Majority Leader Harry Reid then attempted to blame the Republicans for the barricades. Now, on the very same Mall that those Memorials reside on, the Obama administration has decided to hold a massive rally for comprehensive immigration reform (you know it as amnesty for illegal aliens) on Tuesday.

According to Charlie Spiering at the Washington Examiner:

A planned immigration reform rally will take place on the National Mall on Tuesday even though the site is closed due to the government shutdown.

Organizers for the “Camino Americano: March for Immigration Reform” were spotted Monday setting up a stage and equipment on the National Mall for the rally which will take place on Tuesday.

A few scattered barriers around the park have signs informing visitors that the area is closed as a result of the government shutdown.

Spiering writes that that Susana Flores, a spokesman for the rally confirmed that the group would be allowed to hold their event due to their rights, which are protected under the First Amendment. Well, Hell’s Bells! Why are the veterans who fought to uphold the document that is supposed to protect such rights not given theirs?

On top of this, Lawmakers in Congress like House Minority Leader Nancy Pelosi (D-CA) and Rep. Luis Gutierrez (D-IL) are expected to be at the event, which is expecting about 10,000 people.

Various immigration activist organizations, along with the Service Employees International Union (SEIU) and the AFL-CIO will be on hand as well.

This event is already a setup for more political theater. As Breitbart’s Tony Lee writes:

Breitbart News has obtained emails in which an immigration campaign organizer for the Center for Community Change (CCC), a liberal grassroots organizing group working with a Hispanic advocacy group and the Service Employees International Union (SEIU), sent an email this week asking for at least 200 people to to volunteer to get arrested at an immigration rally in Washington, D.C. in acts of civil disobedience.

Participate as an arrestee in the Civil Disobedience: October 8th

House Republicans continue work on immigration reform, which we already know is going to be a disaster. Hopefully it will be better than the Senate version, but the pressure to cave on the issue is mounting, just like it is on Obamacare.

Rep. Cathy McMorris Rodgers (R-WA), chairwoman of the House Republican conference, told Univision on Sunday “there’s still time” for immigration reform and that it is a “priority” for Republicans.

According to a spokesman for House Speaker John Boehner (R-OH), immigration reform is next on the agenda following the government shutdown and debt ceiling debates.

The fact that a push for amnesty for people who are in this country illegally is being allowed on the National Mall, while veterans who fought and bled are turned away is beyond repulsive. This is nothing more than the Obama administration rubbing the people’s noses in his tyranny. I’m wondering just how long it will be until those in our military realize a domestic enemy of the Constitution resides in the White House and there are many of his comrades in Congress. When will the oath apply to defend the Constitution against such enemies?