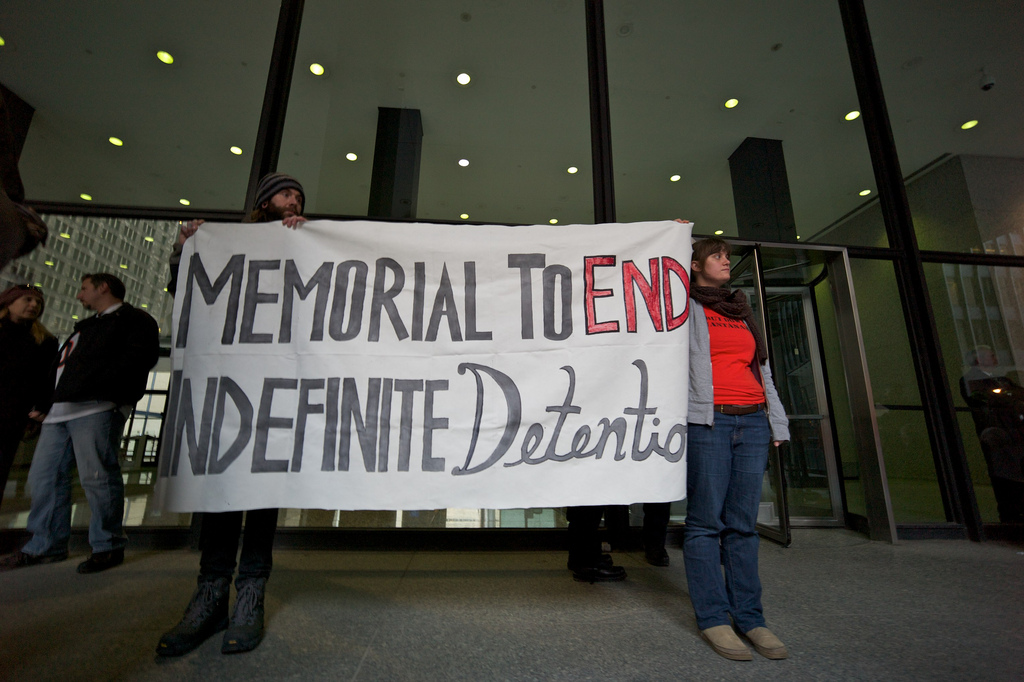 At the end of September, I told you about Albany, New York introducing possibly the strongest legislation against the National Defense Authorization Act (NDAA) indefinite detention provisions in the United States. While many states have passed nullification acts, this one had teeth in it. It would not only forbid local law enforcement from helping military or federal law enforcement, but would call upon them to openly oppose with force those that seek to enforce such provisions against Albany citizens. Well New York’s capitol has passed that resolution!

Dan Johnson with PANDA (People Against the NDAA) writes:

On October 7, 2013, the Albany, NY Common Council unanimously passed Resolution 80.92.13, becoming the first city in America to prohibit indefinite military detention without charge or trial, specifically under the 2012 National Defense Authorization Act, to declare it is not a “battlefield” and resolve that its citizens and residents are not subject to “detention under the law of war.”

Unlike in California, Alaska, and other states that purported to block the NDAA, but only require the state to stand down and allow Federal officials to implement it nonetheless, Resolution 80.92.13 recognizes the application of the Law of War to residents/citizens of Albany to be unConstitutional. Now that they know this is unConstitutional, every peace officer, elected official, or other person who takes an Oath to the U.S. Constitution in the City of Albany is required to interpose against those attempting to implement military detention or the “law of war” in Albany.

Under the Constitution, instead of mere noncompliance, this resolution requires interposition to protect the rights of the people and stop the Federal government from implementing military detention in the city. Period.

According to 11th Ward Councilman Anton Konev, who introduced the resolution, “Indefinite detention for any reason is unConstitutional and cannot be allowed. At least here in Albany we believe in those liberties our armed forces fought so hard for.”

Team Leader Emiritus for PANDA New York Kelley Citrin added, “I have never been more proud to be from the State of New York than I am today, because today reminded me that politics can still be noble, and government still responds when the cries of its people are loud enough, and persistent enough.”

Patriots, this demonstrates that grassroots efforts can still make a difference when you are persistent.

Additionally, it was the citizens of Albany and even citizens who supported the effort from around the country that made the difference.

While this is a huge step ahead in nullifying and actually calling the federal government’s bluff on this issue, New York needs to deal with the unconstitutional SAFE Act. Without your arms, you are sitting ducks. The same people need to make the same push and oust tyrannical governors, mayors and elected officials who opposed their ability to keep and bear arms to defend themselves.

This is most definitely a major step forward. Well done Albany!