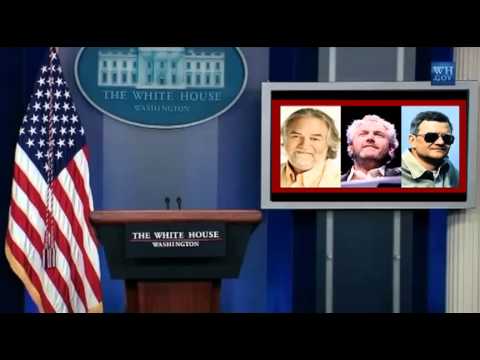 The following account is based on Brandon Walker’s post on The Free Patriot blog, Oct. 10, 2013, with additional information I found. Walker is a licensed preacher of a veteran of the U.S. military and of law enforcement.

Dr. Jim Garrow is the Christian founder and executive director of The Bethune Institute, a charitable organization dedicated to advance education in China via teaching English, giving free books to poor Chinese, and medical scholarships. Through its branch organization, The Pink Pagoda, the institute also rescues baby girls from infanticide  in China, and finds homes for the unwanted girls. Dr. Garrow is credited for saving the lives of over 50,000 Chinese girls for which he was nominated for the Nobel Peace Prize.

Garrow claims that up to a week ago he was a covert CIA agent, but was fired by none other than Obama himself because Garrow told the world (on Alex Jones’ radio, Glenn Beck, and several conservative internet mediums) that Obama’s U.S. military was purging top brass using a “litmus test” of sorts. High-ranking military officials were being asked “Would you fire on an American citizen?”. Garrow claims that if one answered no, you would be fired.

But that’s not the bombshell.

Garrow says that he knows Obama had ordered the hits that killed Tom Clancy and Andrew Breitbart!

On the early morning hours of March 1, 2012, conservative media firebrand Andrew Breitbart collapsed on a street near his home in Brentwood, CA. Breitbart was only 43 years old.

On April 21, 2012, the L.A. Coroners Office released its final autopsy report on Breitbart — that he had died from “heart failure.” That same day, a forensics technician or criminalist at the L.A. Coroners Office, Michael Cormier, died suddenly from suspected arsenic poisoning after complaining about pain and vomiting. (To my knowledge, we still have not been told the official cause of Cormier’s death.)

According to Dr. Jim Garrow, Andrew Breitbart did not die from natural causes, but was killed by the Obama Administration.

Best-selling author of techno-military thrillers Tom Clancy died last week on Oct. 2 at the age of 66.

The New York Times said Clancy died at Johns Hopkins Hospital after a brief illness. But neither Clancy’s lawyer, J.W. Thompson Webb, nor his longtime publisher, Ivan Held, president of G. P. Putnam’s Sons, said they knew the precise cause of death. Under “cause of death” on Clancy’s autopsy is “cause of death unknown.”

When Clancy wrote The Hunt for Red October, he was met at the door by Pentagon officials and FBI agents demanding to know where he got top-secret documents. Dr. Garrow states that after the incident, the CIA “spoon fed” him classified information and scenarios to write his novels in a manner that was entertaining but contained elements of truth. Garrow says that is why Clancy was killed because he was getting too close to a secret they don’t want the world to know.

Dr. Garrow states Obama had Tom Clancy killed as well, noting that it takes 5 days for plant toxins and most poisons to break down and leave no traces in the human body. Strangely (or not), doctors did not perform an autopsy on Clancy’s body for 5 days.

Garrow ended his radio interview with one last revelation.

He said the Obama administration is made up of Marxist Muslims who all take their orders from Senior Adviser to the President, Iranian-born Valerie Jarrett. Garrow said it is well known to intelligence agencies all over the world that Obama is a foreign plant who was placed on the path to the presidency by ultra-rich Saudi nationals. This is why all of Obama’s education records have been permanently sealed.