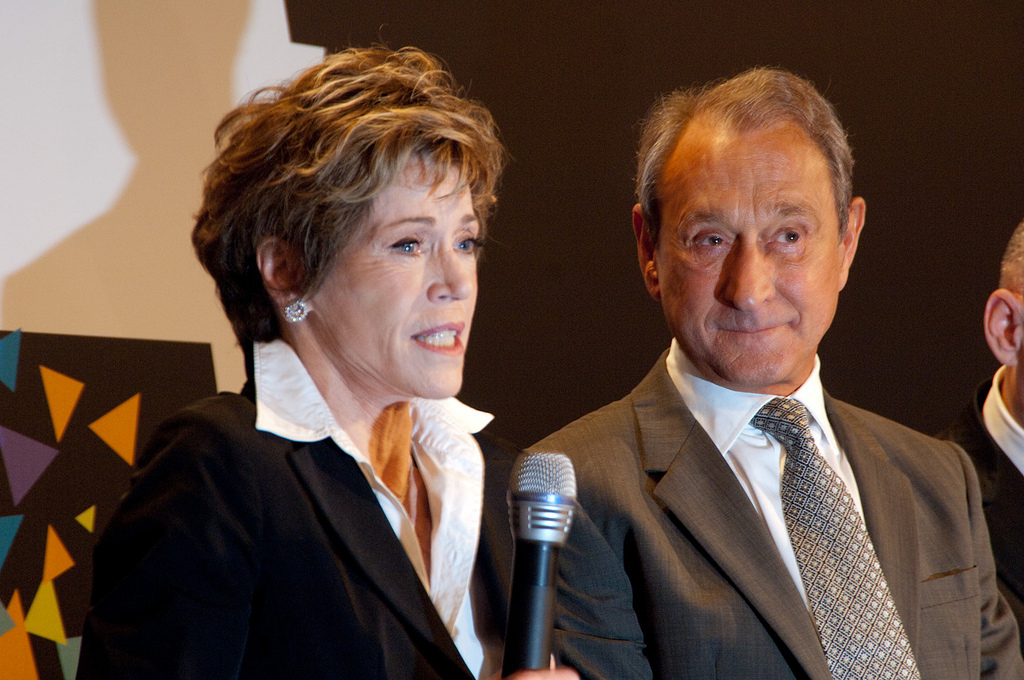 According to Wikipedia, in law, treason is the crime that covers some of the more serious acts of betrayal of one’s nation. Oran’s Dictionary of the Law(1983) defines treason as a “citizen’s actions to help a foreign government overthrow, make war against, or seriously injure the [parent nation].” Treason is the only crime that is specifically defined in the United States Constitution.Article III, Section 3 specifies that “Treason against the United States, shall consist only in levying War against them, or in adhering to their Enemies, giving them Aid and Comfort.”

Fonda visited Hanoi in July 1972. In North Vietnam, she was photographed seated on ananti-aircraft battery– the kind that was used by the VietCong to shoot down U.S. military aircraft.

During her trip, Fonda made ten radio broadcasts in which she denounced American political and military leaders as “war criminals”. When POWs returning to the United States recounted their having been tortured, Fonda called them “hypocrites and liars” because “These were not men who had been tortured. These were not men who had been starved.” In 1973, Fonda toldThe New York Times that although “I’m quite sure that there were incidents of torture … but the pilots who were saying it was the policy of the Vietnamese and that it was systematic, I believe that’s a lie.” Then she stated that the POWs were “military careerists and professional killers” who are “trying to make themselves look self-righteous, but they are war criminals according to the law”. [Source:Wikipedia]

In her 2005 autobiography, Fonda writes that she was “manipulated” into sitting on the battery. In an entry at her official website, Fonda further explained: “It happened on my last day in Hanoi. I was exhausted and an emotional wreck after the 2-week visit.”

Despite occasional “apologies” for her 1972 treason, Jane Fonda is utterly unrepentant.

How do I know?

Here’s a screenshot I took from the video:

That’s her “F*CK YOU” message to the U.S. soldiers who fought and died in the Vietnam War.

That’s her “F*CK YOU” message to all Americans.

Hanoi Jane, for what you did, you should have been tried for TREASON — if President Nixon and the Congress of 1972 had any balls.

I didn’t see The Butler in the movie theater, and I most certainly will not watch it even if a TV network broadcasts it for free.