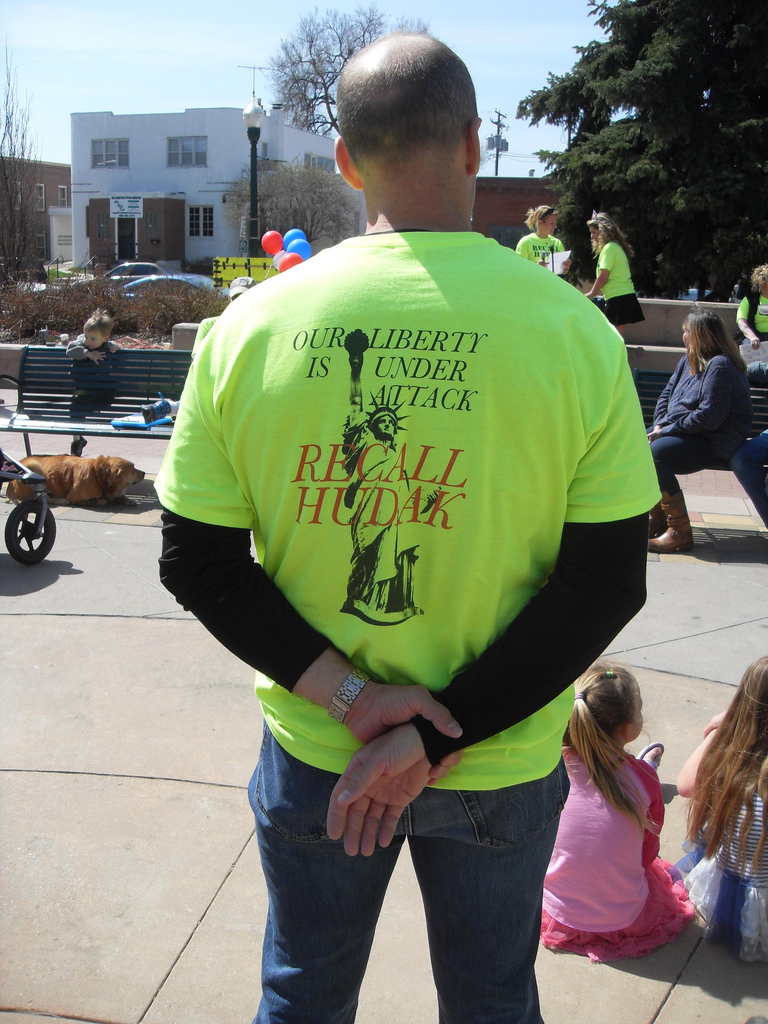 Big deal.  They disowned the last two also, telling the organizers that they could never possibly win.  But they were wrong.  They could be right this time as there was already on effort to recall  Evie Hudak by the voters in her district, but they didn’t get enough signatures to do it.  This time it is more organized and they have plenty of volunteers.

The state GOP, who lost the state to the democrats in the first place are still trying to dispense advice.  And like any other free advice, it’s worth every penny of it.  The State GOP is afraid of bad PR.  They are afraid if they take control of the senate through three recall elections, the voters won’t like it.  Well hell’s bells, if the voters didn’t approve, they wouldn’t be successful.

But if the recall is triggered, they will likely get involved like they did before.  During the Morse & Giron recalls, the state party sent them 100k and outside groups like the NRA brought in money and volunteers.  The grassroots movement in Colorado has already proven that money isn’t everything.  They were outspent 7 to 1 during the first two recalls but won them both.

The democrats currently have a one vote majority in the Senate and if Hudak is recalled and loses, the Republicans would then control the Senate and could block any bill the House or Hickenlooper throws out there.  A third of the senate is up for reelection in 2014, but Hudak is not one of them.

The state party has no money to help anyway and because of the first two recalls, they weren’t expecting help.

Hudak says she is not worried.  That’s what Morse and Giron kept saying.